While students have been wrestling with the complexities of learning in a pandemic, they have also been faced with the challenge of exercising their civic duty to vote in the upcoming presidential election, possibly for the first time. To better understand the student voting experience, Course Hero conducted an intercept survey on its site between October 6 and October 12. With findings from 1,002 respondents who are eligible to vote in the 2020 U.S. presidential election, the survey illustrates preferred voting methods for student voters, their level of trust in the process, as well as influences and concerns they have with the election.

It’s clear from the data that student voters are compelled to vote in the 2020 presidential election given more than 95% of respondents confirmed how they plan to vote. This is remarkable considering the unprecedented issues that have arisen in relation to the pandemic, current events, and the overall political climate. The key findings highlight how students are thinking about each of these matters. 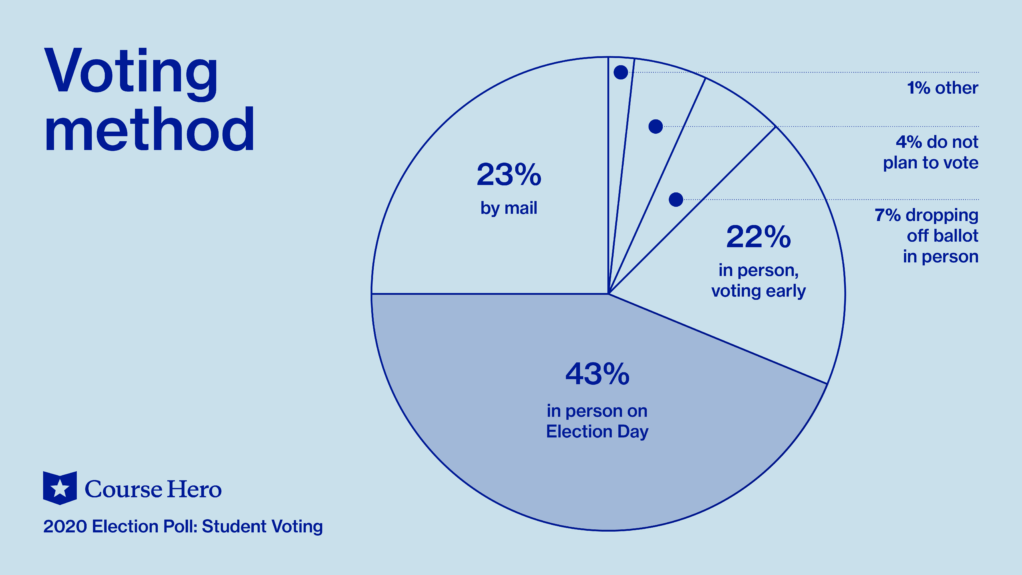 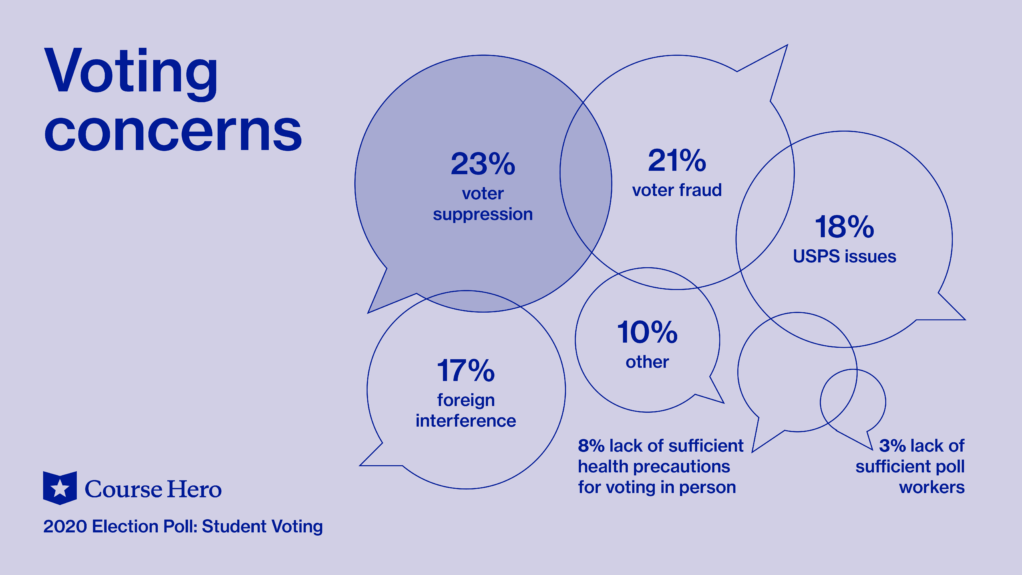 Voter suppression (23%) is a predominant concern for student voters, followed by voter fraud (21%). 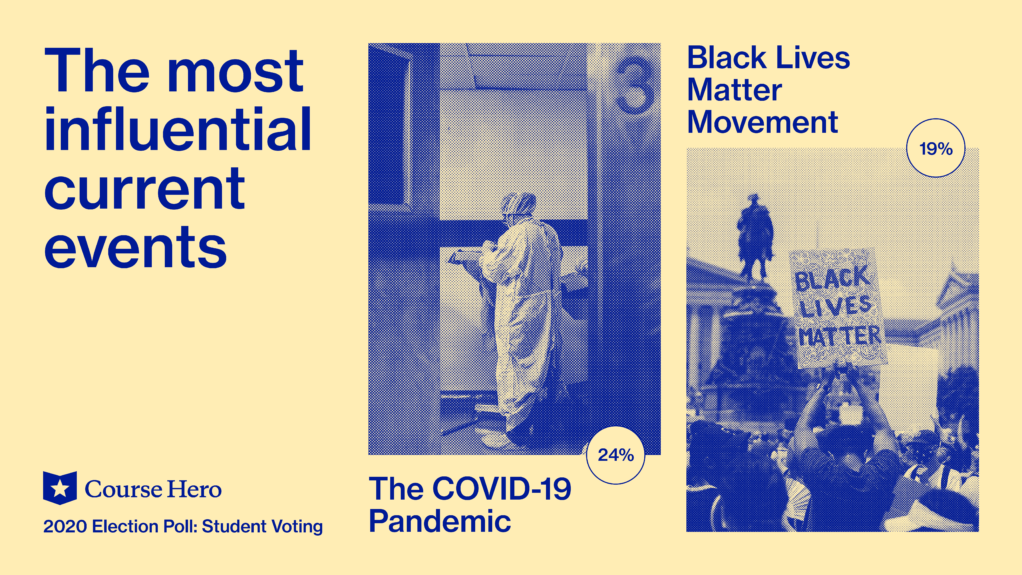 Trust in the Election Process 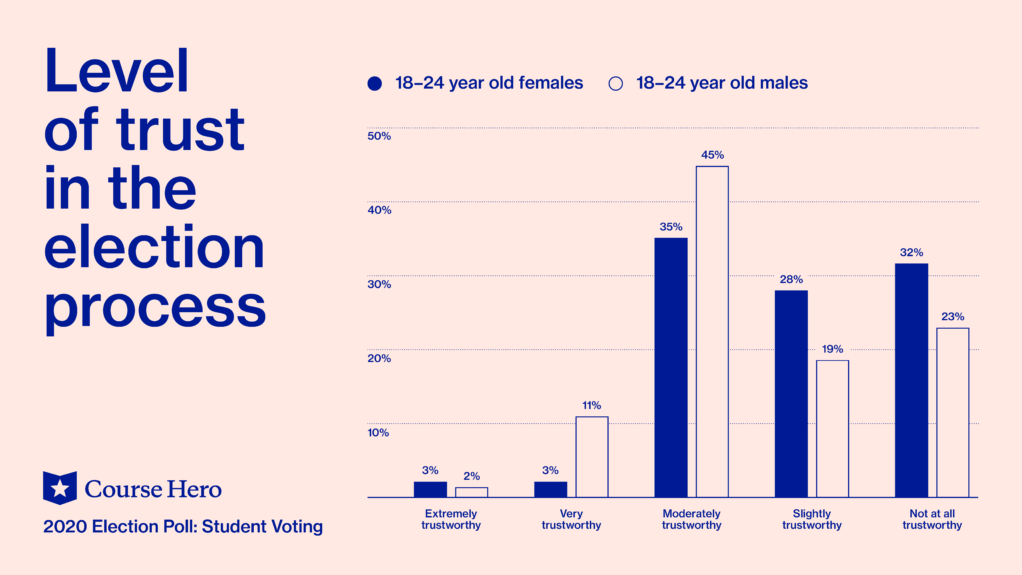 Student voters’ level of trust in the election is mixed with interesting correlations to the events of 2020. 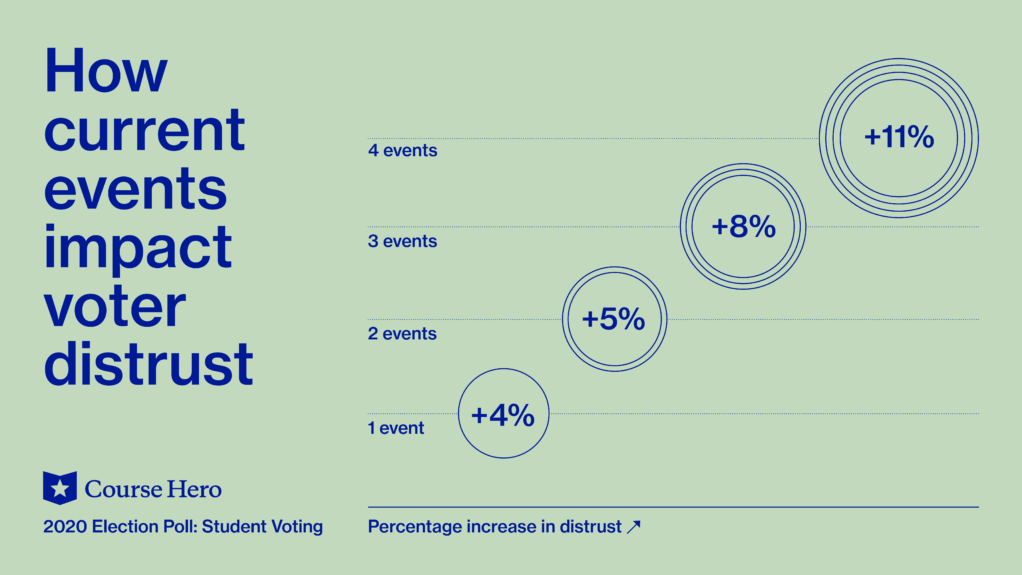 “Have any of the following events impacted your decision to vote in the 2020 U.S. presidential election?” is a multiple selection question where a student can select all that apply. The number of selected events is calculated, including “none of the above,” in which a new event has been specified by the students. “0” is given to the cases in which no event has been selected.

The findings show the number of influencing events selected relates to the students’ trust in the election process. The rate of “not at all trustworthy” linearly grows from 20% in the zero-event group to 31% in the four-event group.

Trust and Method of Voting in the Presidential Election

Student voters’ level of trust in the election is mixed with some interesting correlations between trust and method of voting. 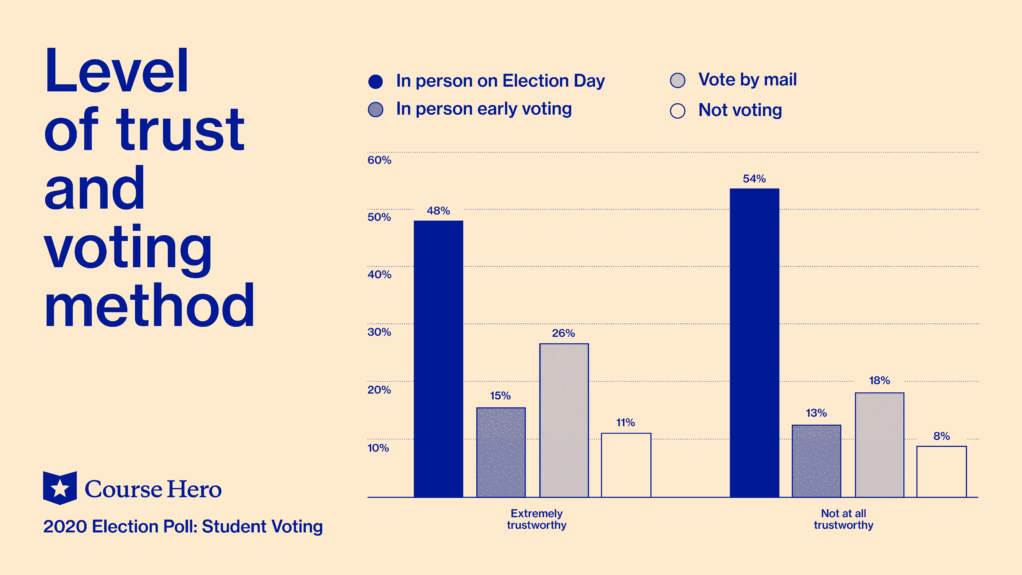 Students who believe the 2020 U.S. presidential election process is “not at all trustworthy” (54%) and “extremely trustworthy” (48%) are more likely to vote in person on election day than students with other levels of trust. They are also most likely to opt out of voting at 8% and 11%, respectively.

Students who selected “not at all trustworthy” are less likely (18%) to vote by mail than other groups (varying 24%-26%).

*The number of respondents identifying as non-binary did not reach statistical significance to accurately report on for this question.