Holocaust survivor Elie Wiesel has enthralled millions of readers with his haunting memoir, Night, which details his imprisonment in Nazi concentration camps and the emotional fallout that comes with experiencing such horror. Since its publication, Night has been translated into more than 30 languages and has become a staple in high school and college libraries across the United States.

Wiesel dedicated his life to raising awareness about genocide and promoting human dignity, saying, “We must always take sides. Neutrality helps the oppressor, never the victim. Silence encourages the tormentor, never the tormented.”

On July 2, 2016, the 87-year-old author passed away at his home, leaving behind a legacy and a message of hope that will continue to inspire generations to come.

Here, we honor Wiesel and his work with 10 fascinating facts about the author.

1. Night is the first in a trilogy

Wiesel wrote the Night trilogy to symbolize the transition from the darkness of hopelessness to the light of hope. After he published Night in 1958, he released Dawn in 1960 and Day in 1961.

While Night is autobiographical, Dawn and Day follow a fictional protagonist who struggles with adjusting to civilian life after surviving the Holocaust.

2. He was reunited with his sister after she saw him in a photo

While Wiesel was staying at a French orphanage in the mid-1940s, a journalist took his photo and printed it in the paper. His older sister Hilda, who was also living in France, thought Elie was dead and was stunned when she recognized him in the photo. They were soon reunited, and about a year later, Elie was reunited with his other older sister, Beatrice.

3. He appeared in a famous Holocaust photograph

On April 16, 1945, Wiesel and several other prisoners at Buchenwald Concentration Camp were photographed in their “bunk” after being liberated by Allies. The photo was then published in the New York Times the following month.

Wiesel is in the second row of bunks, seventh from the left, next to the vertical beam.

4. He married a fellow Holocaust survivor

After moving to New York in 1955, Wiesel met Austrian Holocaust survivor Marion Erster Rose. They married in Jerusalem in 1969, and together they started The Elie Wiesel Foundation for Humanity. The program’s mission is to “combat indifference, intolerance, and injustice through international dialogues and youth-focused programs that promote acceptance, understanding, and equality.”

5. He was struck by a car the first time he visited the United States

In 1956, Wiesel came upon a bit of bad luck when he was struck by a taxi cab in New York while reporting on the United Nations. He was in a wheelchair for a year. During this time, he decided to apply for American citizenship and was successful. After he recovered, he became a writer for the Yiddish-language newspaper The Jewish Daily Forward.

6. His friend encouraged him to write Night 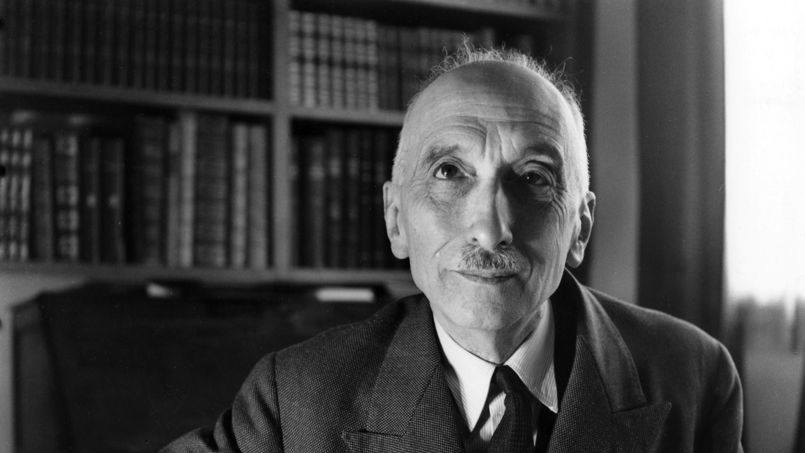 In 1954, Wiesel was working as a journalist for an Israeli newspaper when he was interviewing Roman Catholic novelist François Mauriac, a French laureate of the Nobel Prize for Literature. Wiesel later admitted he was only interviewing Mauriac to see if he could secure a meeting with the Jewish prime minister of France, who recently had pulled French troops from Indochina.

After a heated discussion about religion, Wiesel left the interview distraught. Mauriac caught up to him at the elevator, impassioned by Wiesel’s stories of being a Jew during the war, and encouraged him to share those experiences in writing.

“One must speak out,” said Mauriac.

Two years later, the first draft of Night was complete. Mauriac, who by then had become a friend of Wiesel’s, later wrote the preface for the 1958 edition.

7. He first wrote a much longer Yiddish version of Night

After Mauriac encouraged him to share his horrific experiences of the Holocaust, Wiesel first wrote a nearly 900-page Yiddish manuscript entitled And the World Remained Silent.

This longer manuscript included passages criticizing Holocaust deniers in France and the United States. Mauriac encouraged him to hone down the novel and use a more autobiographical angle. Using that direction, Wiesel rewrote the manuscript in French under the title La Nuit, or Night.

8. Night was not an instant success

Despite positive reviews, the English version of Night (published in 1960) was not a commercial success upon its release. It took three years to sell all 3,000 copies that were initially printed. The book grew in popularity in the 1970s as colleges and universities began introducing Holocaust studies. And by the 1990s, it was selling some 400,000 copies a year as many high schools were making it required reading.

On December 10, 1986, Wiesel was awarded the Nobel Prize for his humanitarianism. The citation honoring him read:

Wiesel is a messenger to mankind. His message is one of peace, atonement, and human dignity. His belief that the forces fighting evil in the world can be victorious is a hard-won belief.

In Wiesel’s Nobel acceptance speech, he stressed the urgent need for action against ongoing human rights violations across the world.

Despite not being a UK citizen, Wiesel was presented with an honorary knighthood from British Foreign Secretary Margaret Beckett, who said the author was “an individual who survived mankind’s darkest moment to become a living beacon of humanity at its very best.”

Said Wiesel, “I am grateful for the honor and hope it will help us serve the noble and urgent cause of remembrance.”