February is Black History Month in the United States and honors African Americans and their contributions to all aspects of American society. Officially recognized in 1976, it can actually trace its roots back to 1915. In celebration of Black History Month, today we feature 5 literary works that capture the intricacies, struggles, and triumphs of black history in America. 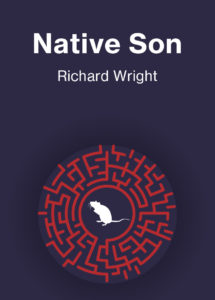 Violence, masculinity, and prejudice are bluntly examined in Richard Wright’s Native Son. Most interestingly, the forces of bias seemingly drive the protagonist, Bigger Thomas, to commit the crimes that land him on death row. Fearing persecution in the face of society’s stereotypes places Bigger in a self-fulfilling prophecy of racial discrimination that he is unable to escape.

Through this paradox, Wright also critiques the fallacy of benevolent racism, where whites see themselves as fair and just but still engage and benefit from a system mired in institutional racism. He further critiques others in white society who claim commitment to equality but treat blacks as novelties whose lives are to be explored and experienced like a tourist.

While Native Son is not immune to criticism, particularly its possible reinforcement of negative stereotypes through the main character’s criminal actions, Bigger’s unjust trial (despite his guilt) provides a backdrop to prod the idea that “innocent until proven guilty,” might not be even-handedly distributed across racial lines. Native Son’s striking examination of the contributing factors of race, bias, and public opinion on perceived guilt remains relevant today.

I Know Why the Caged Bird Sings by Maya Angelou 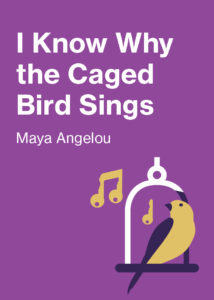 Perhaps one of the most well-known and celebrated literary figures in recent memory, Maya Angelou is remembered for her work as a writer, poet, actor, and activist. The story of her youth, as described in her autobiography I Know Why the Caged Bird Sings, shares her experiences growing up in the deeply segregated American South in the 1930s.

Angelou’s story explores coming-of-age in the diverse channels of America’s complex cultural rivers. From the small, rural town of Stamps, Arkansas, to the “gateway to the West” (St. Louis, Missouri), to the bustling streets of San Francisco, California, Angelou details how she resented the unfair social conditions of her childhood. These experiences while growing up led to her own development of hostile attitudes toward white people during her youth.

Through her journey, both across the country and into adulthood, the people and experiences in Angelou’s life help her emerge as a tolerant and self-confident young woman. Her story provides an opportunity to show today’s youth how to face their own issues of self-acceptance and coming-of-age in a poignant and self-reflective way. 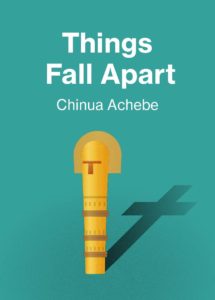 Things Fall Apart chronicles the effects of British colonialists and missionaries on Okonkwo, the well-respected protagonist, and his people, the Igbo (Ibo as used by Achebe), as British imperialism establishes control of Africa. British culture is imposed on the Igbo even though the clan has a fully functioning society, including vibrant celebrations, detailed rituals, a justice process, and a rich tradition in the arts.

Achebe’s story serves as a reflection of the bias that can surface when stories of cultural intervention are largely described by the colonizer. The book’s treatment of life and culture in Nigeria stands in contrast to imperialist literature of the time that portrayed indigenous places and people as uncivilized and savage, like Joseph Conrad’s Heart of Darkness. Through his work, Achebe sheds light on the paradox of colonialism—in how it offered much to Okonkwo’s people while at the same time taking away so much—and serves as a reminder of a writer’s responsibility to provide accurate accounts of his or her own community.

Song of Solomon by Toni Morrison 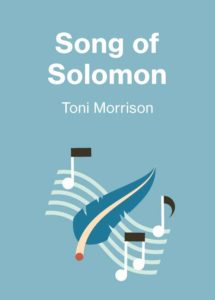 Family heritage and identity are front and center in Toni Morrison’s Song of Solomon. The story of Milkman Dead, the son of a wealthy black landlord, uses family history, oral tradition, and the urge to belong to take readers on a journey of self-discovery. Morrison’s story uses African American oral tradition as a way to connect to not only the present but also the past. As Milkman searches for his family’s rumored gold fortune, he realizes that personal wealth can be measured by more than one’s monetary worth.

Milkman discovers his personal wealth through the strong heritage of his family that is kept alive in the history of names, places, and stories of the past. While confusing at first, the clues Milkman discovers along his journey allow him to find pride in his family and himself. This highlights Morrison’s belief that one’s true identity is inextricably linked to the past, family, and community. As a result, Morrison’s story can be used to delve into the unwritten history of slave life, family roots, and cultural values through storytelling. 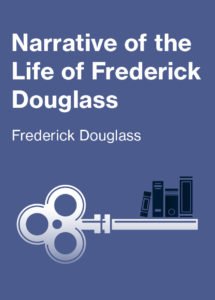 As one of the most revered abolitionist leaders of the nineteenth century, Frederick Douglass’s work to end slavery cannot be overstated. The account of his time as a slave, his escape, and his life as a newly freed man in Narrative of the Life of Frederick Douglass brought much-needed publicity to the fight for freedom and equality.

Douglass passionately explains the role of education in his journey toward freedom and as a weapon against oppression. Ironically, this same weapon almost proved to discredit his attempts to persuade the public, as many at the time didn’t believe a former slave could write or speak so eloquently. Perhaps one of the most lasting messages of Douglass’s autobiography is to point out the hypocrisy of slave owners in the face of their own proclaimed religious values.

Douglass argues that slave owners could not truly reconcile their cruel treatment of slaves with the tenets of Christianity. By enshrining his arguments in the principles of Americanism—life, liberty, and happiness—Douglass strengthens his argument for equality in the face of strong opposition. Douglass’s message in his Narrative is just as pertinent today, as it allows us to examine current attitudes toward other religions, refugees, and the poor through the same lens of slavery and abolition.

Fall Reading List: 9 Great Books When You Need a Break