It’s nice to just hang out and chill during winter break, but there’s something deeply satisfying about reading and finishing a good book when you get the chance. Don’t have enough time for War and Peace? No problem. There are plenty of great books that clock in under 200 pages and can be finished over a long weekend. You’d be surprised how many exciting adventures and belly laughs, and how much fascinating history, can be compressed into a 2- or 3-hour stretch. Squeeze in a chapter or two while you’re sitting around at the airport, waiting for friends to come pick you up, or if you just need a breather between schoolwork assignments. Check out our list and see what piques your interest.

Longitude: The True Story of a Lone Genius Who Solved the Greatest Scientific Problem of His Time, by Dava Sobel

Before John Harrison invented the chronometer in the 1730s, sailors had to navigate the seas by stargazing or using other unreliable methods, which often led to tragedies like being lost at sea or shipwrecked. Lively and engaging, Dava Sobel’s book tells the story of Harrison’s unlikely success—he was a barely educated British carpenter and clockmaker—with clarity and perfect pacing. (191 pages)

The Long Run, by Mishka Shubaly

In this mini-memoir, Shubaly is not afraid to rip the Band-Aid off and expose the raw side of his 20-year drug and alcohol addiction. He paints a picture of hitting rock bottom—it isn’t pretty—and writes with a dark, gritty humor about defeating his demons, first by running 10-mile races and finally through grueling but exhilarating 100-milers. As he says, “Better my knees end early from overuse than my life end early from underuse.” A quick, compelling read. (Kindle Single, 61 pages)

The Alchemist, by Paul Coelho

First published in 1988, The Alchemist follows a shepherd on his journey to the pyramids of Egypt to find worldly treasures. Along the way, he meets a series of interesting characters and, finally, an alchemist who teaches him to realize his true self. Fair warning: This novel inspires passionate debates about its literary merit. Some people hate it; others love it. It kind of depends on whether you’re the type of person who’s open to fables that offer self-help lessons. (178 pages)

The Lover, by Marguerite Duras

The Lover, on the other hand, is a steamy yet somewhat detached forbidden romp set in French-colonial Vietnam. The tone, “elliptical and dreamlike,” describes the affair between a poor 15-year-old French girl and a wealthy 27-year-old Asian man. The novel, a passionate affair between an adolescent French girl and her wealthy Chinese lover, is autobiographical, written when Duras was in her 70s. (129 pages) 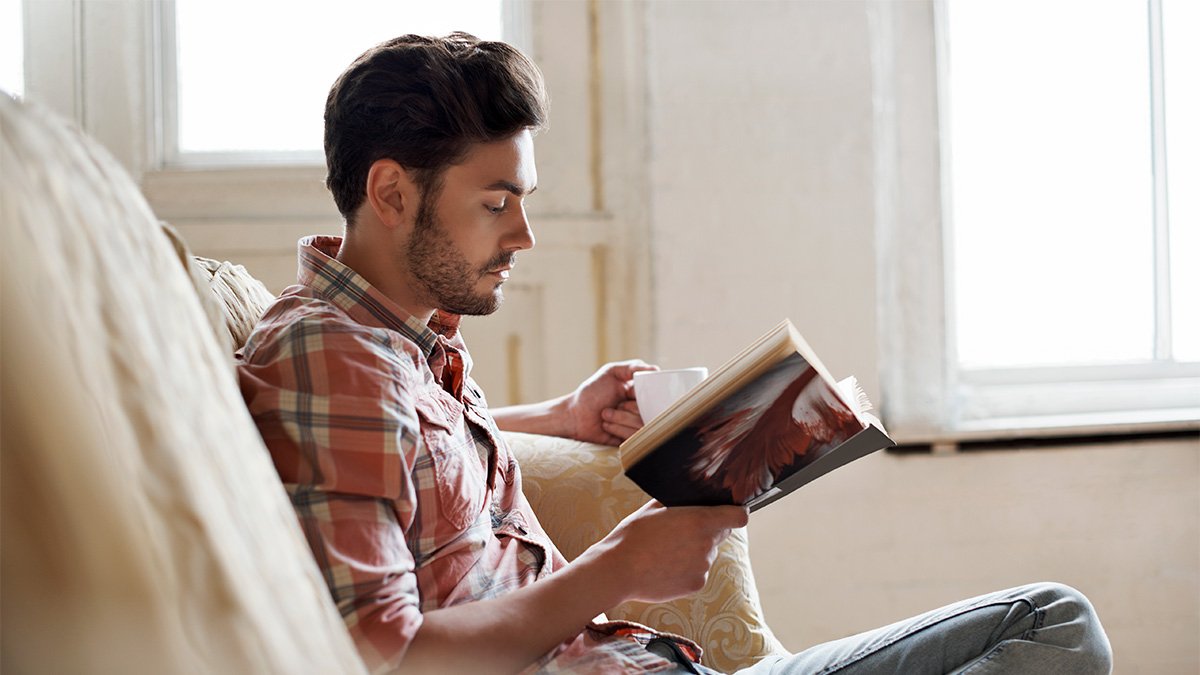 Though written before his death, this book explores the complex genius of Prince and analyzes why and how he became a cultural icon. It wasn’t just raw talent, though he was obviously gifted. Prince’s success was also the result of his work ethic: his willingness to practice, the tons of hours he spent in the studio, his perfectionism. Touré draws upon sources such as the drummer Questlove, musicologist Griffin Woodworth, and Prince’s collaborator in the mid 1980s, recording engineer Susan Rogers. “The insider accounts, spiced with bits of anonymous gossip, are in themselves worth the read.” (178 pages).

In this book, part of the Penguin Lives Series, in which well-known authors write about famous individuals, you’ll gain a historical perspective and also a very human portrait of “the steadfast leader” whose vision and power played a critical role in saving England (and, most likely, Western civilization) from the brink of collapse during World War II. (OK, this one’s 208 pages, but they’re small pages.)

Also part of the Penguin Lives Series, this biography of the legendary manager of the Brooklyn Dodgers, who masterminded the integration of baseball, has Breslin’s trademark colorful language and flair for recounting anecdotes. The book inspired the 2013 movie 42 starring Harrison Ford. (160 pages)

“From the frothiest gossip to the deepest angst,” this brief Penguin Lives bio depicts the life of the celebrated French writer as a closeted gay man, and does so with insight and a clear-eyed appreciation. Though there are a number of other Proust biographies, White, an award-winning fiction writer himself who was obsessed with Proust, has written the most intimate. (188 pages)

Great young adult novels you may have missed in middle school

Because of Winn-Dixie, by Kate DiCamillo

Ten-year-old Opal finds a homeless dog at a Florida supermarket. Over the course of a summer, with her new companion leading the way, she learns about forgiveness and friendship. You’ll want a box of Kleenex nearby when you get to the part about her long-lost mother. This award-winning, ultimately sweet story features a cast of eccentric characters who populate the small town of Naomi, Florida. (194 pages)

An English aristocrat has an affair with a maid from a neighboring estate. Set in 1924 England, the main events in this novella all take place within a single day, but Swift packs history, class struggle, and the meaning of loss in its pages. The New York Times called it “a kind of feminist ‘Cinderella.’” (177 pages)

The book, about the rise of an American president who becomes a dictator, was written in 1935 as a dystopian fantasy, with the specter of Adolf Hitler and fascism looming. It resonates with chilling relevance today in its description of a demagogue who is elected “after fomenting fear and promising drastic economic and social reforms while promoting a return to patriotism and ‘traditional values.’” (199 pages).

The narrator of this novel works at a 24-hour convenience store in Japan. She’s kind of an odd duck—she’s friendless, eats most of her meals at the Smile Mart (the Japanese equivalent of our 7-Eleven), and dreams of hitting people over the head with a shovel—but you’ll be drawn in and pulled along by her startling observations of life behind the counter. (176 pages)

The Four Agreements: A Practical Guide to Personal Freedom, by Don Miguel Ruiz

Be impeccable with your word. Don’t take anything personally. Don’t make assumptions. Always do your best. These are the four agreements we need to make with ourselves to live a fuller, more meaningful life. An Oprah favorite. (153 pages)

Failing Up: How to Take Risks, Aim Higher, and Never Stop Learning, by Leslie Odom, Jr.

From one of the original stars of Hamilton, this book is part autobiography and part inspiration on how to follow your dreams. An easy, uplifting read filled with backstage anecdotes. (196 pages)

The Art of War, by Sun Tzu

One of the shortest books on this list, but very influential. “Everyone from New England Patriots’ coach Bill Belichick to Tupac Shakur has supposedly read the 2,500-year-old text’s 13 chapters on the 13 aspects of warfare,” wrote reviewer Linda Rodriguez McRobbie. (After the episode of HBO’s classic The Sopranos in which Tony Soprano told his therapist he was reading it, sales skyrocked.) Though at first glance it might seem to be a book about military strategy, readers return to its pages again and again for the wisdom imparted on how to live an honorable, fulfilled life. If you’re someone who tends to procrastinate, or you feel like you’re not living up to your potential, spend some time with it. (62 pages) 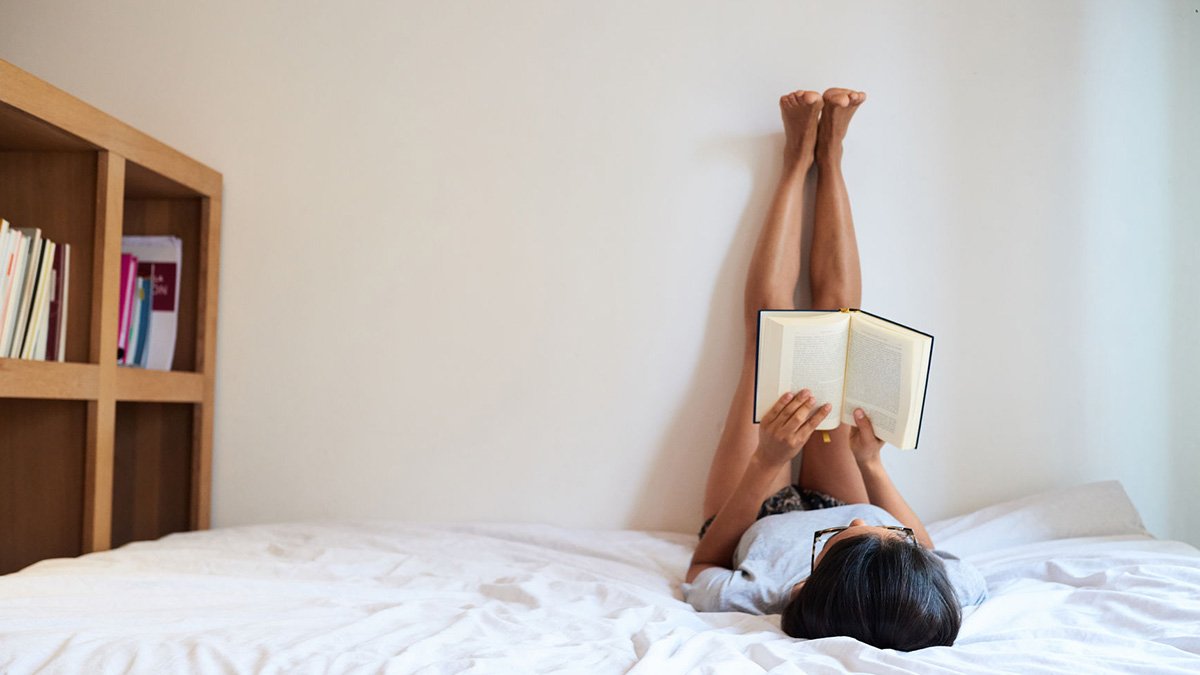 The history of this coastal Italian city brims with beauty, turmoil, and hard edges. Taylor, who traveled to Naples 11 times over the course of 14 years, writes, “Friends arriving from the glorious sights of Rome complain that at Naples there is no Colosseum, no Forum…. I always try to convince them that Naples is even more profound than Rome, a story of all the four Europes.” (182 pages).

A collection of short stories by the well-known humorist in which forest animals, lab rats, and other creatures are the featured characters. With acerbic wit and insight, Sedaris offers up nuggets of truth about “casual racism, self-congratulatory sanctimony, poor excuses for adultery, and fad spiritualism,” disguised in fairy tale style. (196 pages)

Fox 8: A Story, by George Saunders

As the construction of a shopping mall encroaches upon Fox 8’s habitat, he observes (with his endearing, mangled spelling and grammar) the price we pay for progress. Darkly comic and original. (Kindle Single, 64 pages)

Catch up on classics

Winter break is also a great time to catch up on (or reread) these classics:

The Old Man and the Sea, by Ernest Hemingway (128 pages)

Lord of the Flies, by William Golding (189 pages)

Of Mice and Men, by John Steinbeck (73 pages)

The Stranger, by Albert Camus (117 pages)

The Prince, by Nicolo Machiavelli (88 pages)