Boo! Oh sorry, didn’t mean to scare you, we’re just trying to get into the festive spirit of Halloween [insert creaky door-opening sound effect]. So take a break from that nightly fright called homework and step into our world of haunts and howls … because we are celebrating All Hallows’ Eve at college campuses around the country.

These 6 traditions go above and beyond the usual fake cobwebs and floating ghosts to get students, and the community, in the Halloween spirit(s).

1. The Pumpkin Festival at the Arboretum at Penn State 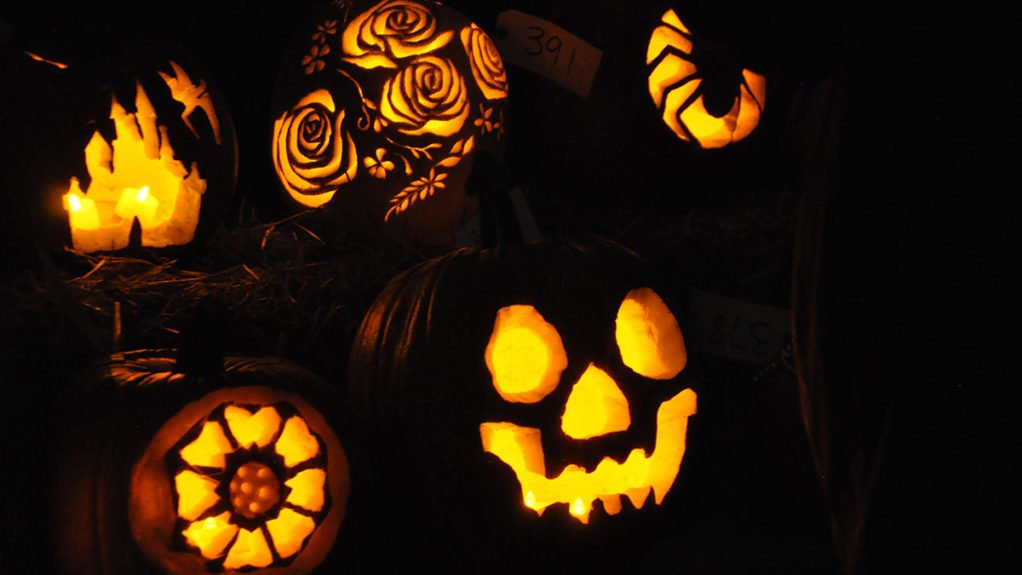 The Penn State Arboretum’s Pumpkin Festival is for anyone who wants to lean into the cozy layer–wearing, pumpkin spice–loving autumnal vibe. Guests can stroll around admiring the arboretum’s fall gardens displays while enjoying the live music, family activities, and food trucks.

But the festival’s main event is the annual Jack-o’-Lantern Contest, featuring more than 1,000 carved and decorated pumpkins. After an epic free pumpkin giveaway to contest entrants, the pumpkin carvers return the following weekend showing off their masterful creations—each vying to win their age group in one of the following categories: Best in Show, Best Pop Culture Theme, Best Arboretum Theme, and, of course, Best Penn State Theme.

College students form their own age category, and the event is free.

2. The Healy Howl at Georgetown University 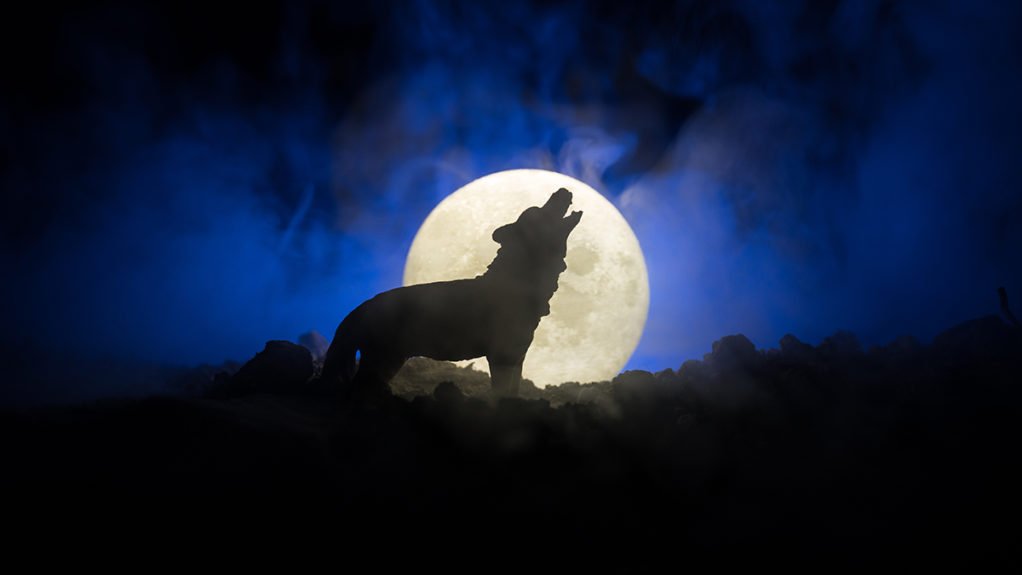 On the spookier side of Halloween traditions is Georgetown’s Healy Howl. Not for the faint of heart, this event involves a notorious horror movie, a midnight cemetery visit, and a blood-curdling cry.

The evening’s inspiration is Georgetown alum William Peter Blatty, author and screenwriter of the 1973 horror movie The Exorcist, and the fact that scenes from the movie were filmed on campus grounds. The festivities begin with students gathering on campus to watch the film. As the movie ends and the clock nears midnight, students migrate to the cemetery by Healy Hall and collectively howl at the moon to banish any lingering ghosts and bad spirits that haunt the campus.

Tradition also dictates that the howl is followed by singing the school’s Fight Song, so at least you end the evening on a less frightful, more defiant note.

3. The Pumpkin Drops at UC, San Diego and MIT 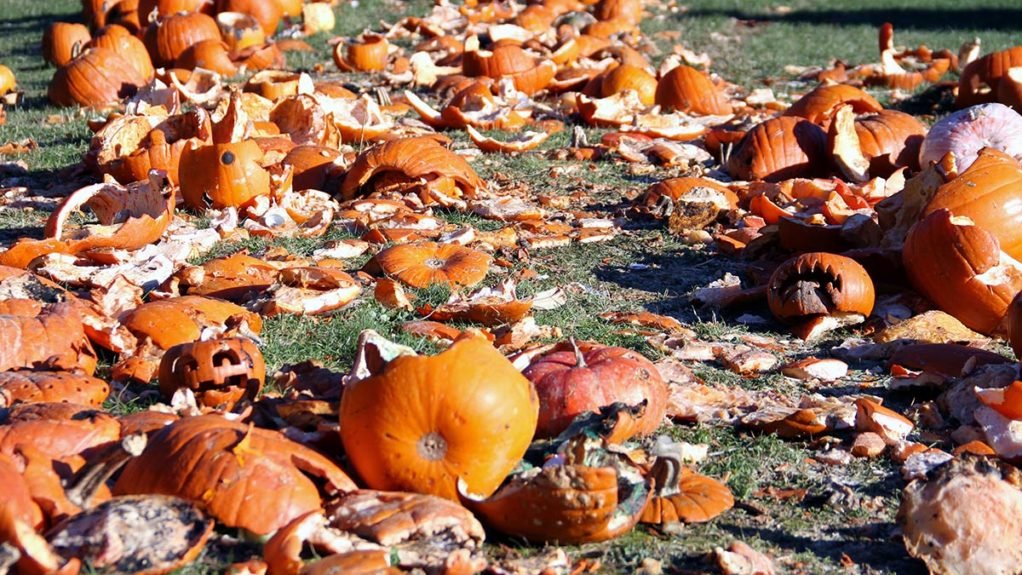 Move over, Times Square! Why drop a mirrored ball when you can drop a pumpkin? For more than 50 years, the University of California San Diego’s Muir College has been doing just that by sending a sacrificial pumpkin off of the college’s 11-story Tioga Hall. The pumpkins, which can weigh up to 600 pounds, not only provide a tremendous splatter but also lots of treats. Before the festivities the pumpkin is hollowed out and filled with candy, turning it into a piñata on impact!

MIT also has a pumpkin drop tradition; what it lacks in candy it makes up in sheer numbers. Held on the last Saturday of the month every October, up to 100 pumpkins are hurled off the roof of MIT’s Green Building, plummeting 295 feet to their pulpy demise. According to one student blog, “The pumpkins hit the ground at such a high velocity that they basically exploded into puffs of smoke.” MIT students can probably tell you a lot about the terminal velocity of the flying pumpkins, but even if you’re not a science major, it still sounds super fun to watch. Don’t worry, though—spectators are kept safely out of the splat zone, with the impact area cordoned off.

14 Fun College Classes You Wish You Could Take 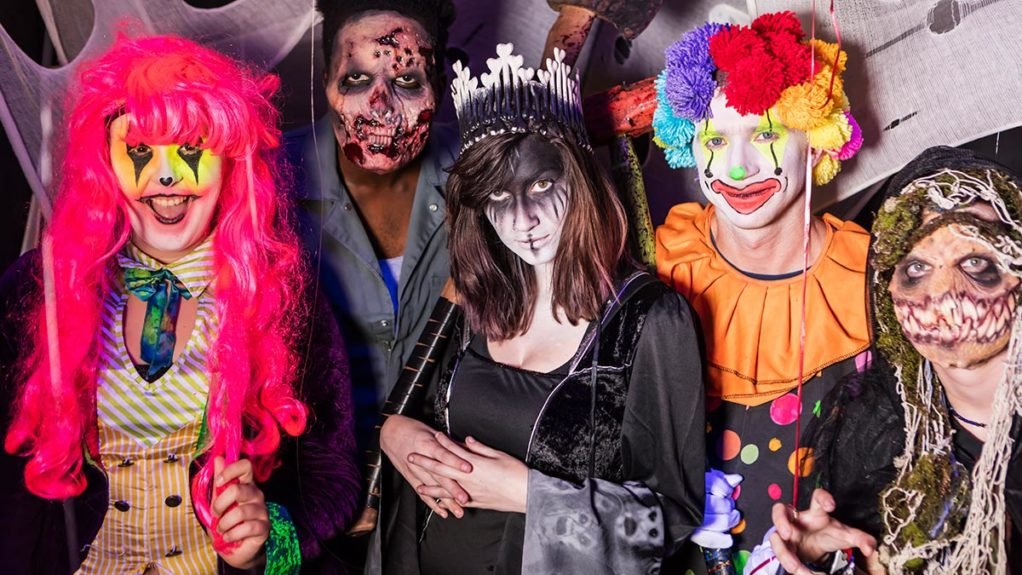 This Halloween tradition originated in the 1980s, with Chapel Hill residents and students from the University of North Carolina at Chapel Hill showing off their costumes while strolling up and down Franklin Street. Still billed as a “spontaneous crowd gathering,” the masses at this event have ballooned up to 40,000 attendees. Although the number of participants has expanded, the spirit of the original celebrations is the same. Held every year on October 31, the event, also referred to as Homegrown Halloween, inspires creativity and a sense of community in Chapel Hill.

5. The Scare Fair at the University of Rochester 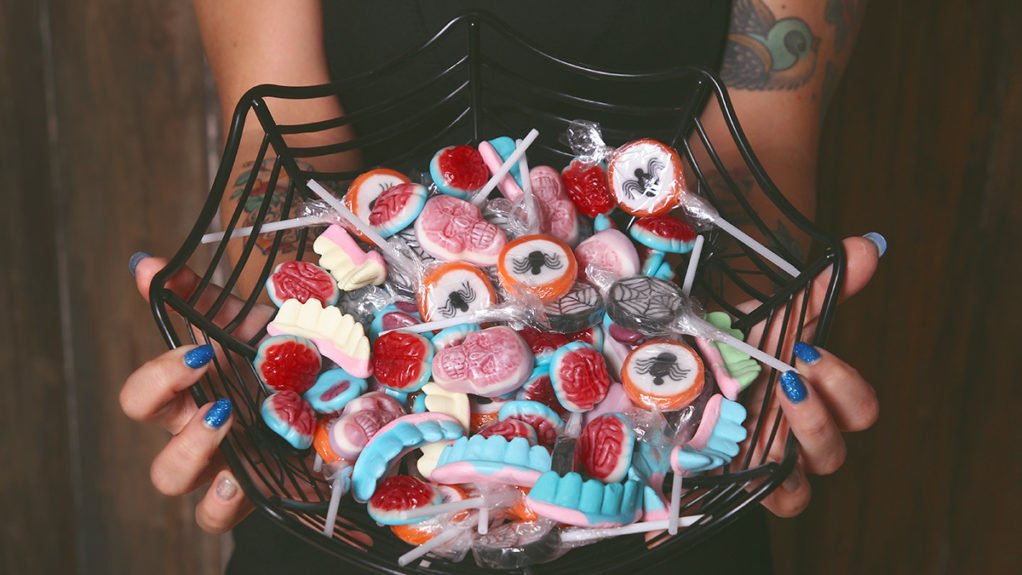 Libraries are generally quiet places, no eating allowed—but not during the University of Rochester’s Scare Fair in the Rush Rhees Library, where the annual Halloween celebration features lots of snacks and different thematic decor each year. (Past years’ themes ranged from Steampunk to Stranger Things.)

A scavenger hunt through the library’s impressive collection of books—the “stack stalk” as it’s sometimes called—can reward students with candy and even a tour of the library’s Rush Rhees Tower—an extra-special treat. The tower, one of the most visible landmarks on campus, is only open twice a year, during the Scare Fair and Senior Week. Those who make it atop the tower have bragging rights to the scenic views of the campus, and they can also keep an eye out for its rumored ghostly inhabitant! 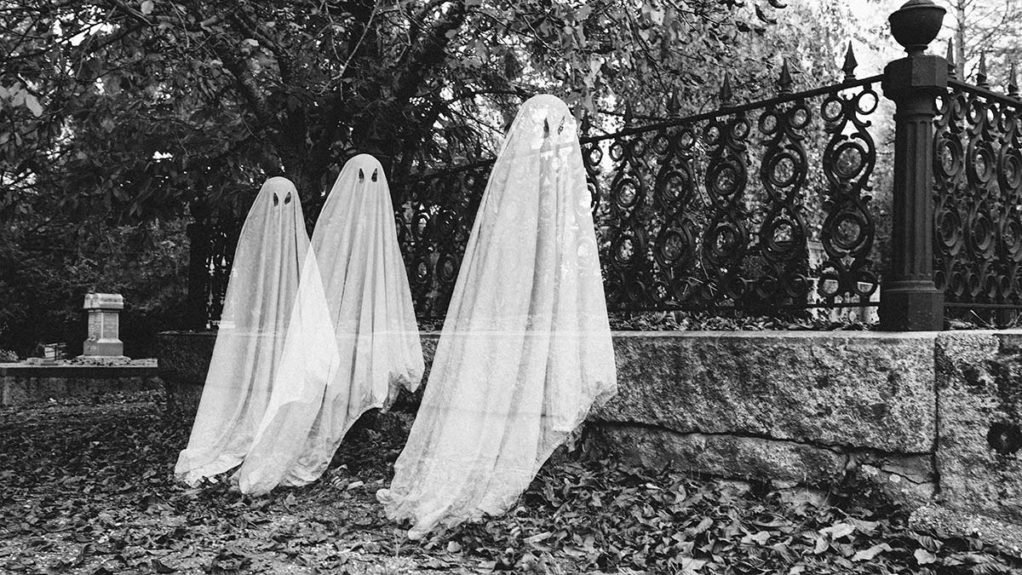 What would a list of college Halloween traditions be without a ghost hunting class?! Luckily we don’t have to find out, thanks to Roanoke College and Professor Tom Carter’s Ghosts and Human Perception. The course listing may sound like your average college class—“Introduces students to critical thinking in higher education, taking as its starting point a focused topic in a scholarly field”—but it fails to mention that students will spend a night hunting ghosts.

For more than 10 years, Professor Carter has been taking his freshman seminar students to a historic home on campus, Monterey House. The first Halloween visit happened by chance—the only night the house was available fell on October 30–31. Professor Carter has been returning every year since, along with a fresh batch of students and some carefully packed ghost-hunting supplies, including divining rods, compasses to detect electromagnetic disturbances, and audio recorders to pick up any supernatural sounds.

Built in 1850, the house has a reputation for being haunted, a reputation emboldened each year by the classes’ findings. Previous ghost hunts have yielded reports of sightings of a tall dark figure, mysterious noises, and the feeling of being touched when no one else was present. Wooooooo!