Claire, an art history major at a prestigious university, is a merit scholarship recipient. She contributes to the college humor magazine and is an intrepid traveler, having spent 10 weeks last year in Southeast Asia with a cultural immersion organization. This past January, during her winter break, she took on a project running social media for NAMI, the National Alliance on Mental Illness. Oh, and she’s maintained a 3.8 GPA throughout her sophomore year.

Yet despite her accomplishments and obvious sense of adventure, she finds it difficult to give herself credit for her success. She has a tendency to attribute her grades to luck, or to professors who’ve overestimated her ability. In her heart, she believes she’s capable of (and deserving of) far less than she’s achieved. She’s afraid that sooner or later she’ll be found out. It’s a thought that haunts her and sometimes creates a feeling of worthlessness.

You’ve been there, right? Whether it’s your professors praising you for your creativity or your boss complimenting you for your honesty and kindness toward your coworkers, you often hear a nagging inner voice that insists you’re not all that. And it’s just a matter of time before everyone figures this out.

This fear has a name. It’s called Impostor Syndrome, a description coined by two American psychologists back in 1978. (Which means people have been experiencing these self-doubts for a while now!) They described it as a feeling of “phoniness in people who believe that they are not intelligent, capable, or creative despite evidence of high achievement.” In other words, you’re unable to internalize your accomplishments. And you live in fear of being exposed as a fraud.

While Impostor Syndrome isn’t classified as a mental illness, it comes with its own share of negative fallout: anxiety, a hesitancy to strive for greater things—in school, around career goals, or anything involving leadership. “For some students, Impostor Syndrome causes them to become workaholics—staying longer [after class] and studying harder than others to cover up their supposed ineptness. For others, the opposite happens — they sabotage their success by not applying themselves,” says Valerie Young, author of The Secret Thoughts of Successful Women: Why Capable People Suffer from the Impostor Syndrome and How to Thrive in Spite of It.

Impostor Syndrome is a lot more common than you think.

Case in point: I posted a question on Reddit (r/college): “Do you feel like an impostor?” Within 24 hours, I heard from a bunch of students who identify with these feelings of insecurity and self-doubt.

As one student from the U.K. put it, “Instead of being proud of my accomplishments, I attribute my success to easy/lenient professors.”

Another stated, “I feel like my success isn’t legitimate.”

A history major lamented, “What am I doing with all these smart people? I don’t belong here.”

Another student recalled that after he received an A+ on a paper that he wrote in a few hours, he suddenly felt undeserving of the grade. “When the professor gave me the paper with a big smile on his face, I asked him if it was mine,” the student said. “I was almost going to lie and say that I plagiarized the paper, because I felt like the students who struggled but received poor marks would deserve that mark more than I did.”

“People who experience Impostor Syndrome have a tendency to focus only on negative feedback that they’ve received, while ignoring positive feedback or the absence of negative feedback,” says psychologist Dr. Agnes Wainman. She also points out that people in their 20s may experience an uptick in feelings of inadequacy. “It’s a phase of life when Impostor Syndrome may creep up more frequently, like in school, or starting a career, and transitioning to roles that they may feel unprepared for.”

Young offers another possible reason for why Impostor Syndrome affects Millennials. Some members of this generation were raised by parents who doled out praise for effort as opposed to outcome, so they may have a tendency to feel like their actual accomplishments aren’t valid. Young points to one student who notes a connection between his parent’s inclination to praise only his approach and his own tendency to rationalize away his accomplishments.

“At any time, I still expect that the no-talent police will come and arrest me.”

Note to anyone who wrestles with self-doubt: Some very bold-faced names admit to doing the same. Author Maya Angelou, actress Meryl Streep, and actor and musician Will Smith have all openly expressed their feelings of deep insecurity about their accomplishments. None other than Mike Meyers, of Shrek and Austin Powers fame, once said, “At any time, I still expect that the no-talent police will come and arrest me.”

Knowing that even legendary actors and world-renowned poets have at times felt like frauds should offer reassurance that self-doubt is not a fatal flaw. According to Margie Warrell, author of Find Your Courage, “What matters most is not whether we occasionally (or regularly) fear failing, looking foolish, or not being ‘whatever enough’; it’s whether we give those fears the power to keep us from taking the actions needed to achieve our goals and highest aspirations.”

Which leads to the next step: learning how to live with Impostor Syndrome. Here are five effective tools offered by professionals and fellow students that you can use to ease its grip.

1. Try to figure out what’s shaking your confidence. 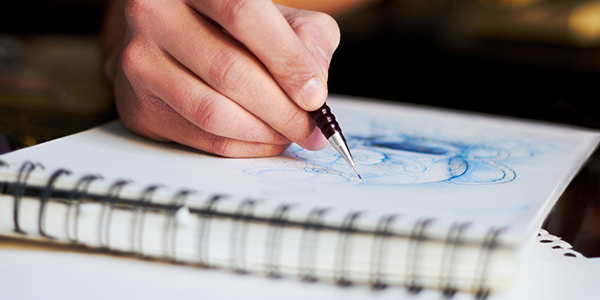 A financial author and sketch artist who described having “doubts come crashing in” around him shared his perspective: “I think part of the Impostor Syndrome comes from a natural sense of humility…. That’s healthy, but it can easily cross the line into paralyzing fear. When we have a skill or talent that has come naturally, we tend to discount its value.

“Why is that? Well, we often hesitate to believe that what’s natural, maybe even easy for us, can offer any value to the world. In fact, the very act of being really good at something can lead us to discount its value. But after spending a lot of time fine-tuning our ability, isn’t it sort of the point for our skill to look and feel natural?” 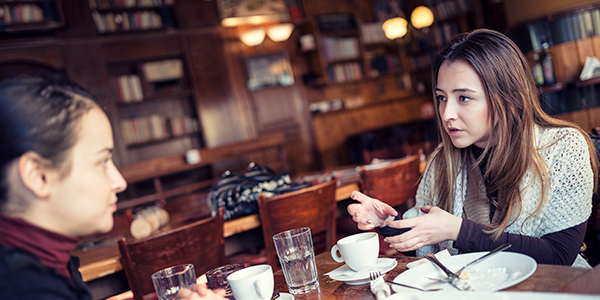 Just giving voice to, “Hey, I feel like I’m not the real deal,” has a way of allowing us to gain insight into our situation and help us understand why we feel this way. Self-awareness can lead to positive changes in the way we think about ourselves. According to Young, the good news is that college students are blazing a trail for being frank about Impostor Syndrome, especially “younger Millennial men, who are more comfortable talking or blogging about impostor feelings” than prior generations. 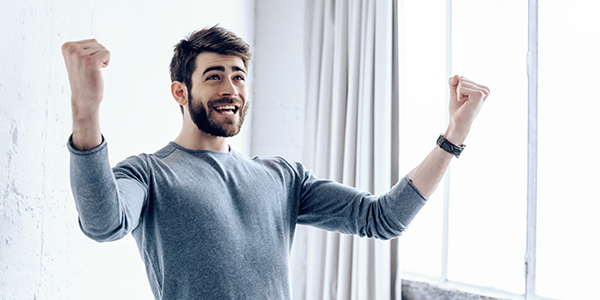 When someone says you’ve done a fantastic job, don’t dismiss their praise. Say something positive in return like, “It was a challenge, but I’m proud of my work” or “I really enjoyed the process and learned a lot.” Likewise, find some cheerleaders who can remind you of your capabilities and intelligence. Surround yourself with people who believe in you and are happy to express it.

4. Boost your self-worth by helping others. 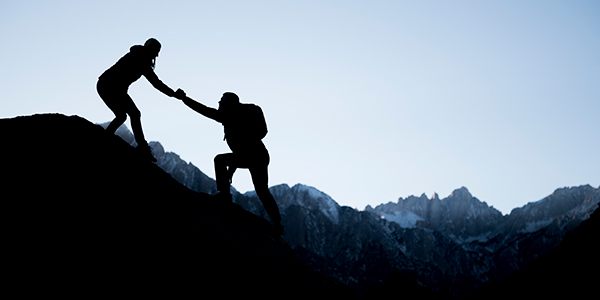 It’s always a good idea to get out of your own way, and focusing on the needs of others can help with that. According to a recent study, teens can benefit psychologically from spending time helping other people. Whether it’s a longer-term volunteer project or a small act of kindness, helping people you don’t know can boost your feelings of self-worth. (“Surprisingly, helping friends and family members” doesn’t bring about the same emotional change, says Dr. Laura Padilla-Walker, a psychology professor at Brigham Young University and one of the study’s researchers. Helping a stranger is more challenging, and when you take this risk, you feel more competent, she says.)

You can also develop confidence in your abilities and gauge the true value of your skills by working a job, or mentoring or tutoring other students. You may discover talents you didn’t know you had, and how much knowledge you have, by simply sharing it with people who appreciate it.

5. Value growth rather than perfection

Change your attitude about wanting everything you do, say, or write to be 100% on the money 100% of the time. It’s an unrealistic expectation. As one student stated, “I kinda accept that I’m always growing and testing out new things, and sculpting who I am.” In other words, live and learn.

Young adds that when intellectual insecurity does strike, remind yourself that not only did you sign up to have your knowledge and ability tested on a regular basis but you’re paying for the privilege! After all, getting an education costs good money.

And here’s a great tip from a college junior. Everyone at some point did something for the first time, transitioned from doing one thing to doing another, or found themselves in a place where they felt like they were playing catch-up. Even the most confident, determined people have moments of self-doubt or uncertainty. It’s a sign that you’re taking a risk, challenging yourself to go further. Which is more or less the purpose of an education.

Resilience 101: 4 Tips to Help You Bounce Back

Still feeling like you’re not as great as people tell you? Consider this: Real frauds rarely experience Impostor Syndrome! British philosopher Bertrand Russell summed it up when he said, “The whole problem with the world is that fools and fanatics are always so certain of themselves, but wiser people so full of doubts.”