Well, sort of. While you were surprised to find the course load way more than you expected, you’re certain you’ll be crushing your study goals in no time. But as far as making new friends, it’s not happening exactly as you imagined. After saying so long to high school cliques and other social drama, you looked forward to curating a circle of new, like-minded, lifelong friendships. You kind of expected the whole friend thing would fall into place pretty quickly, but it hasn’t. Instead, you’re finding it challenging, and super awkward.

And your confidence has gone missing.

“There isn’t a [college] course on making friends, but it’s the most important thing we need to learn how to do,” says life-transition expert Harlan Cohen, author of The Naked Roommate and founder of bestfirstyear.com. His work has taken him to more than 400 schools to share the skills that can help students with the switch to college life. So we asked him what he thinks surprises freshmen the most when it comes to meeting new people during the first few months. Here’s the truth about making friends at college.

Change is unsettling, and starting at a new school is no exception. Especially if, before college, you lived in the same house, in the same town, and had a tight group of friends who finished each other’s sentences. Everything now feels unfamiliar.

“I didn’t know how to be someone new while at the same time being who I always was,” Clara Nguyen told The New York Times, recalling her freshman year at UCLA. “It’s a lot more difficult to make friends than people make it out to be.”

“Getting comfortable with the uncomfortable, [which includes] making new friends, can be really challenging,” says Cohen. But doing so gives you the courage and the power to put yourself in new situations, including meeting people, and know that you’ll be fine. Remember how awkward you felt on that first day of orientation? How many times did you introduce yourself, say where you were from and what your major is? How fake did your smile feel? Now remember that you not only survived the small talk but you even had some enjoyable conversations. You can do that again—and again and again.

This first year will present many new situations and opportunities that will test your social skills. Accept the challenge. And remember, your classmates and roommates are just as nervous and overwhelmed as you are.

2. Everyone will seem really nice—at first.

When people find themselves in a new situation, just like you they’ll be on their best behavior. As you get to know someone, they’ll start to let their guard down, and you’ll get a glimpse of who they really are—for better or worse. Until you’re able to assess a potential friend’s true colors, you may want to take care over what, and how much, personal info you share while still being your sociable, approachable self.

Think of everyone as a “prospective pal” says Cohen. “Whenever you go to new places on campus, be open to making new friends—I like to call them temporary friends—who hold a place until they become permanent, or at least good or trustworthy, friends.” This gives you the time to figure out who that person authentically is, how much you enjoy spending time with them, and how much you share—or don’t share.

Be prepared for some disappointments. Maybe you met someone at orientation who seemed really fun and loves the same music you do, but then something starts to not feel right. Don’t be afraid to let go. Chances are, your meaningful friendships will happen down the road. 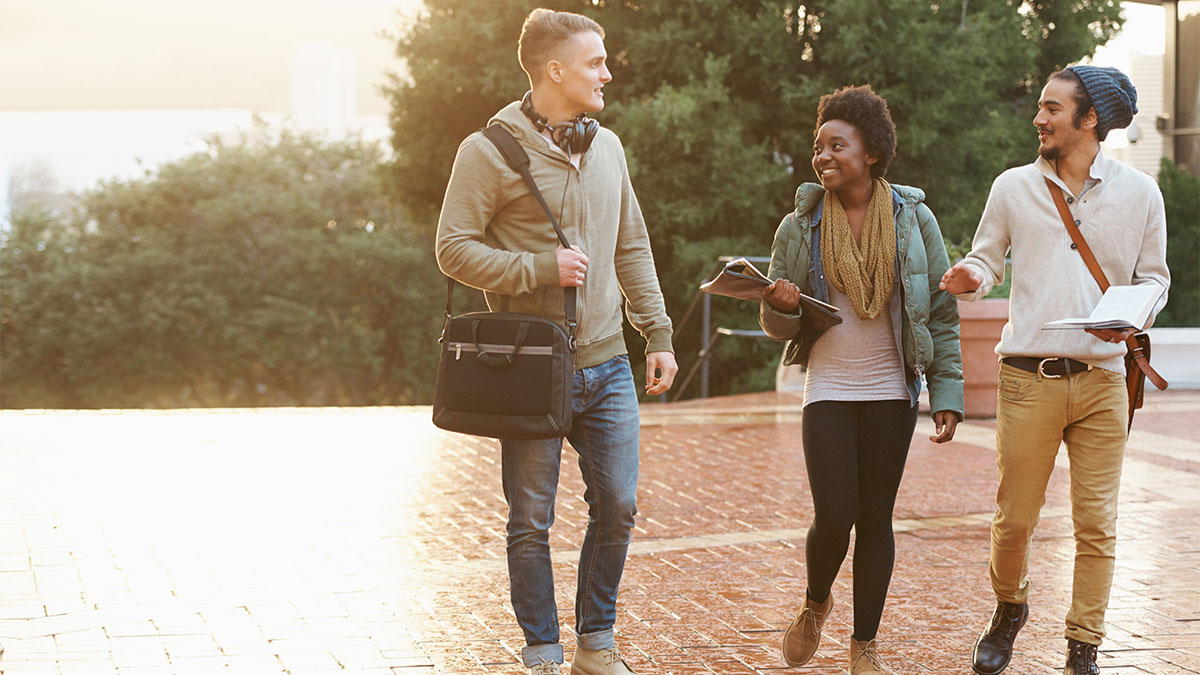 Even if you meet people you really like the first month or two, don’t expect these new friendships to fill the (big) shoes of your besties and buddies from home, especially if you lived in the same community and grew up with the same people for most of your life, says Cohen. Remember, your childhood friendships formed over the course of many years of shared experiences.

What does it take to build new friendships? Patience … and new shared experiences over a new period of time. To help you explore who’s out there, Cohen suggests getting involved with clubs and other campus offerings to find people who share the same interests. Trust us, they’re looking for friends too.

It may take a while for you to find your tribe, and during that time you should expect to miss your old friends. A lot.

4. Not everyone will become a friend.

After investing emotional energy and time getting to know someone, the realization that they don’t want to be friends can feel like a kick in the gut. But it happens, and that’s a hard truth. Not everyone you meet, and like, will become a best friend, even though you may be hoping for a deeper connection.

But it also works the other way too. Figuring out who becomes your friend and who remains an acquaintance depends on the level of trust you develop. Friends are those you share your most personal feelings with, and you trust they won’t use it in any way to hurt or compromise you.

A little different are acquaintances (call them “warm acquaintances”), those people you’re friendly with and enjoy spending time with—maybe working out, going to a game, or going to hear a band. It’s actually great to have a wide circle of people you know and like for when you want a study buddy or someone to eat dinner with in the dining hall. Knowing the difference is important, but both play a role in a well-rounded social life.

The pressure to socialize your freshman year can feel oppressive, especially if you’re an introvert and need time alone to regroup, or you’re someone who’s quieter and more reserved. Don’t beat yourself up. College isn’t a popularity contest, and no one’s judging you—they’re too wrapped up in their own new experience.

“Eat outside, or study outside, just go for a walk outside, or even sit and look at your phone outside! People will be like, ‘Hey, hi, I know you!’ Or, if you don’t know anyone, you’ll be like, ‘Oh that person’s starting to look familiar.’”

— Harlan Cohen, author of The Naked Roommate and founder of bestfirstyear.com

“Do not compare your experience to anyone’s but your own,” says Cohen. He does, however, suggest getting outside the first couple weeks of school. “Eat outside, or study outside, just go for a walk outside, or even sit and look at your phone outside! People will be like, ‘Hey, hi, I know you!’ Or, if you don’t know anyone, you’ll be like, ‘Oh that person’s starting to look familiar.’” That way you’re still in the people flow but without the pressure to socialize. And remember, there’s no one “right” way to be in college.

A recent study of 28,000 students on 51 campuses found that 60% of students felt very lonely in the first year at school. Brett Epstein remembers the first night in his dorm as a freshman at the College of Charleston. “It hit me like a pile of bricks: It’s just me here,” he told The New York Times. “I was completely freaked out.”

Feelings of isolation may come from not connecting and finding close friends right away. Until you find your people, Cohen recommends you find 3 places on campus where you can you go when you need some support or you just want to be out in the world with other students. For example, a counselor’s office for advice handling a specific dilemma, a school club or campus gym for socializing or working out (exercise alleviates anxiety, so you’ll feel better afterward), and maybe a local coffee shop or your dorm’s common area where you can work surrounded by other people.

7. You have to take chances!

There’s someone in your class you think you’d like to be friends with? Great! Now what? Well, someone has to make the first move! You could smile and wait to see if they approach you, or … you can ask them to grab lunch after class, or study at the library later that evening. If your schedules conflict, suggest texting about another time. Taking a risk can make you feel vulnerable, but nothing ventured, nothing gained. Friendships won’t materialize out of thin air. You have to make the effort, and be open to the opportunities.

Dealing with Impostor Syndrome in College