On August 25, the National Parks Service will celebrate its 103rd birthday, yet the protected expanses of wilderness they are entrusted to care for show little signs of age. They remain as beautiful as ever, and a popular destination, with some 318 million people visiting the 58 parks around the country each year.

Planning to make one–or more–a stop on your summer itinerary? Whether you’re itching for adventure, seeking stunning views, or craving a wildlife encounter, there’s a park for you. Here’s a sampling of 6, each paired with the perfect literary companion.

Because what better way to elevate your vacation experience than by losing yourself in a book set in the same place you’re traveling to—or at least inspired by similar scenery? 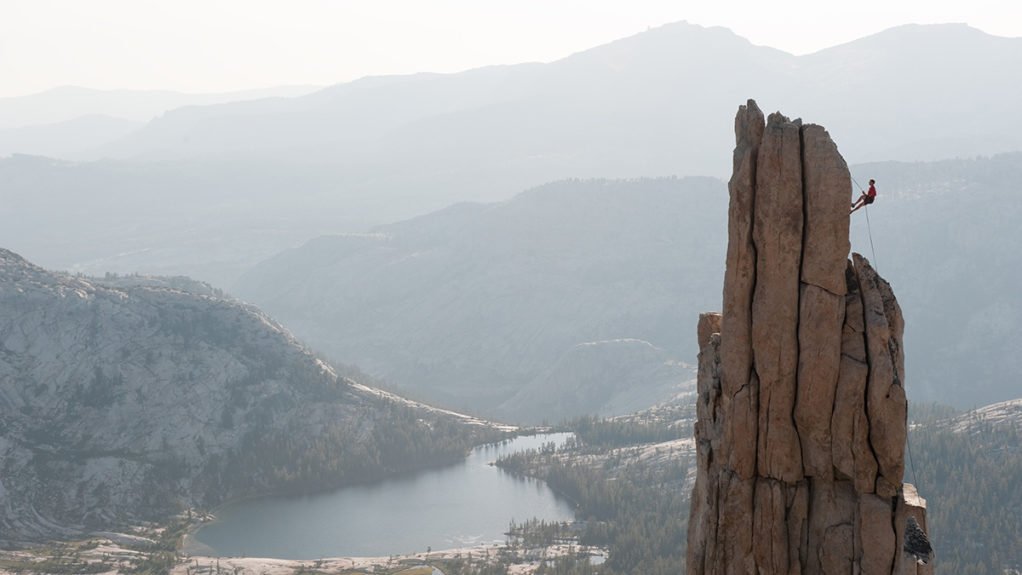 You don’t need to be the next Alex Honnold—he’s the daring star of the hit documentary Free Solo and the only person to free solo climb Yosemite’s El Capitan—to be a part of this park’s bustling climbing scene. Known as one of the best places to climb, Yosemite offers several routes to navigate, from the cracks of the Merced River Canyon to the soaring rock cliffs of the Yosemite Valley. There are various outlets offering instruction for newbies and experienced climbers alike; Yosemite Mountaineering School & Guide Service has half-, full- or multi-day lessons for climbers as young as 10. Not into scaling granite walls? Amid Yosemite’s nearly 800,000 acres, you can opt for plenty of other activities, like hang gliding off Glacier Point, floating down the Merced River in a raft, or hiking to Upper Yosemite Falls for a gorgeous view of the valley below.

Pack this book: Alone on the Wall, by Alex Honnold

Whether you need inspiration for your own climbs or just want to get inside the head of someone brazen enough to scale a 3,600-foot rock wall without rope, partner, or protective gear, this memoir offers lessons on living fearlessly, taking risks, and maintaining focus even in the face of great danger. 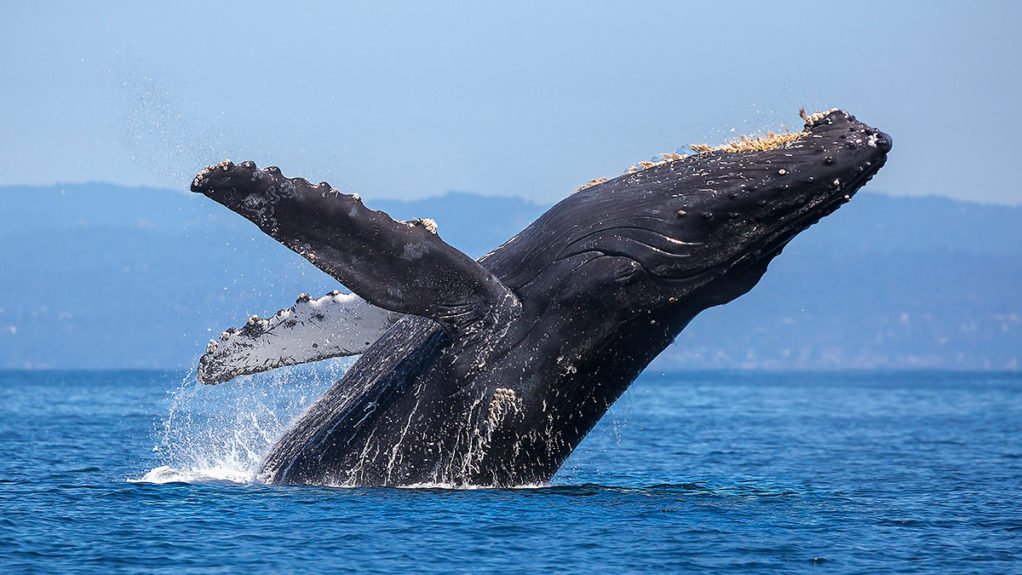 Comprising some 5 islands off the California coast, Channel Islands National Park is an ideal place to observe wildlife, including whales, dolphins, and sea lions. One of the most remote national parks—getting there requires a boat ride (of 1 to 3 hours, depending which island you head toward) or short flight—but the effort is well worth it, as these parcels of pristine land are mostly untouched by humans. (Cars and bikes are not allowed, and the only lodging option is rustic camping.) Year-round, visitors can stroll along stretches of sandy beach and scout out marine life, or climb to the top of the seaside cliffs for an even better vantage point. To get chummy with the whales, take a tour around the islands; the massive mammals are known to approach boats quite closely.

Pack this book: When the Killing’s Done, by T.C. Boyle

Though a work of fiction, this novel is rooted in a very real issue within Channel Islands National Park: the mission to protect and preserve the islands’ native creatures. The action-packed, layered story follows a National Park Service biologist on the Channel Islands who’s up against a businessman with designs on potentially harming the islands’ endangered indigenous animals. 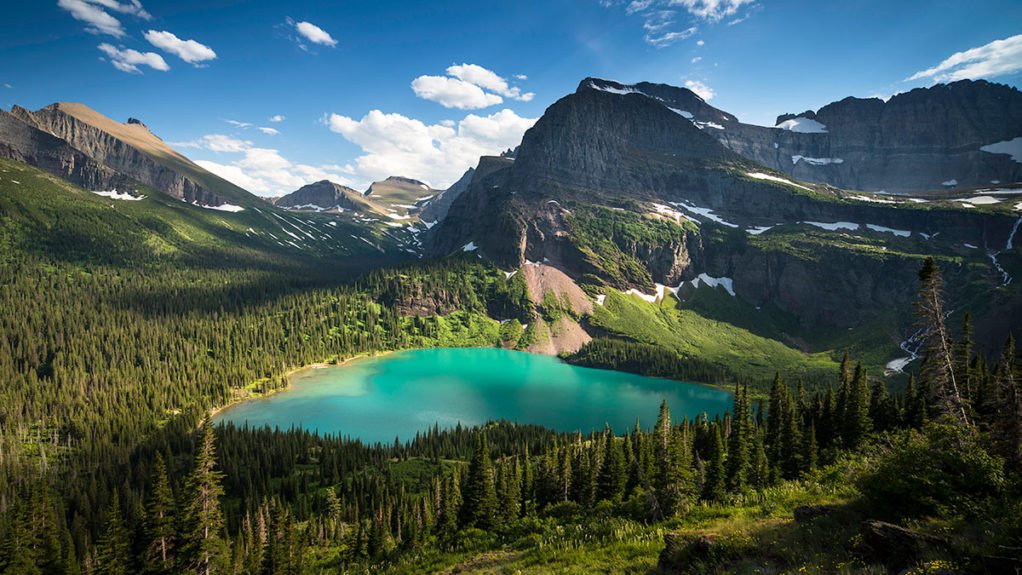 To see a part of the United States that’s just about as rugged and scenic as it comes, travel to the very top of western Montana. Here you’ll find Glacier National Park, a giant swath of land with majestic mountains, turquoise lakes, streams, lush forests—and yes, 26 or so remaining glaciers that date back some 7,000 years. Unfortunately, the opportunity to see them is dwindling: Experts say climate change will claim most of the park’s glaciers within several decades.

So, go now! Aside from viewing the ice formations, you can go white water rafting on the Middle Fork or North Fork of the Flathead River or hike along some of the park’s 700 miles of trails. Just be on the lookout for bears: There are hundreds of grizzly and black bears roaming throughout the park’s 1-million-plus acres.

Pack this book: The Wild Inside, by Christine Carbo

Carbo, who lives in Whitefish, Montana, has authored a series of crime novels centered in or near Glacier National Park, including this riveting mystery about a National Parks Service special agent investigating a grizzly bear attack on someone who’s a lot more, well, grisly and sinister than appears on the surface.

Fall Reading List: 9 Great Books When You Need a Break 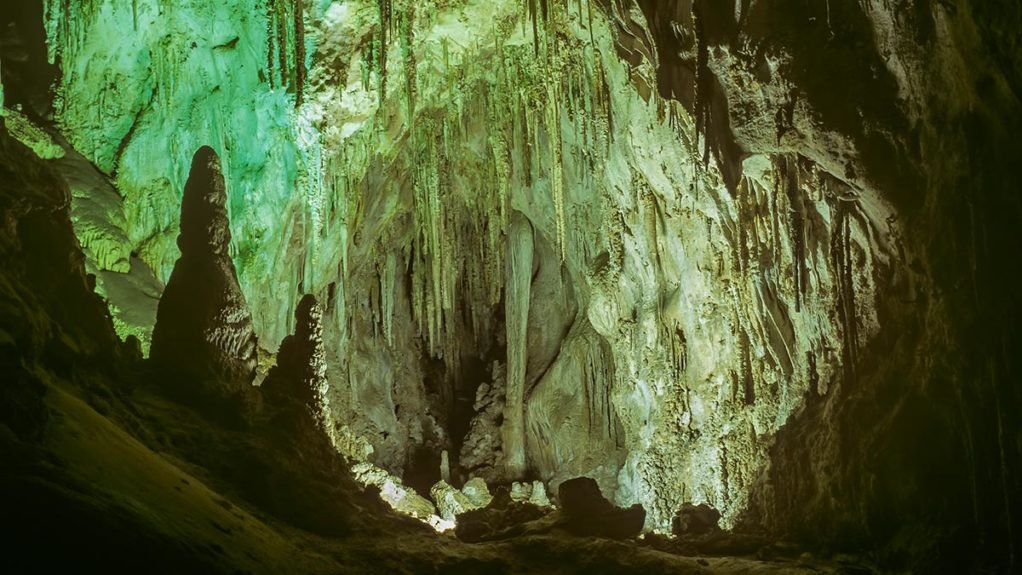 Located within southeast New Mexico’s Chihuahuan Desert, where flowering cactuses and desert wildlife flourish aboveground, is Carlsbad Caverns National Park, one of the most well-known cave systems in the world. The park encompasses a network of 119 caves below the desert surface, created when sulfuric acid dissolved the subterranean limestone long ago. The most famous is Carlsbad Cave, which descends more than 1,000 feet and features 30 miles of mapped passages. Their floors, walls, and ceilings are covered in massive stalagmites, stalactites, columns, and knobby calcite growths aptly called cave popcorn.

From late May to October, the main event at Carlsbad Caverns is the bat flight, a spectacle in which the hundreds of thousands of Mexican free-tailed bats who live in the cave emerge each evening to feed on insects. A ranger-run program is held nightly at 7:45 p.m., when visitors can get a front-row view from the park’s amphitheater. If you’re an early riser, you can catch the bats’ pre-dawn return flight between 4 and 6 a.m.

There’s deep—and then there’s bottom-of-the-earth deep. While Blind Descent focuses on the latter through the true tales of two scientists seeking to explore the most cavernous places on the planet (in Mexico and in the Eastern European nation of Georgia, respectively), the general theme of underground exploration and the awe and thrill it evokes is relatable to anyone who has ever ventured into a cave.

5. If you want to … make eye contact with an alligator 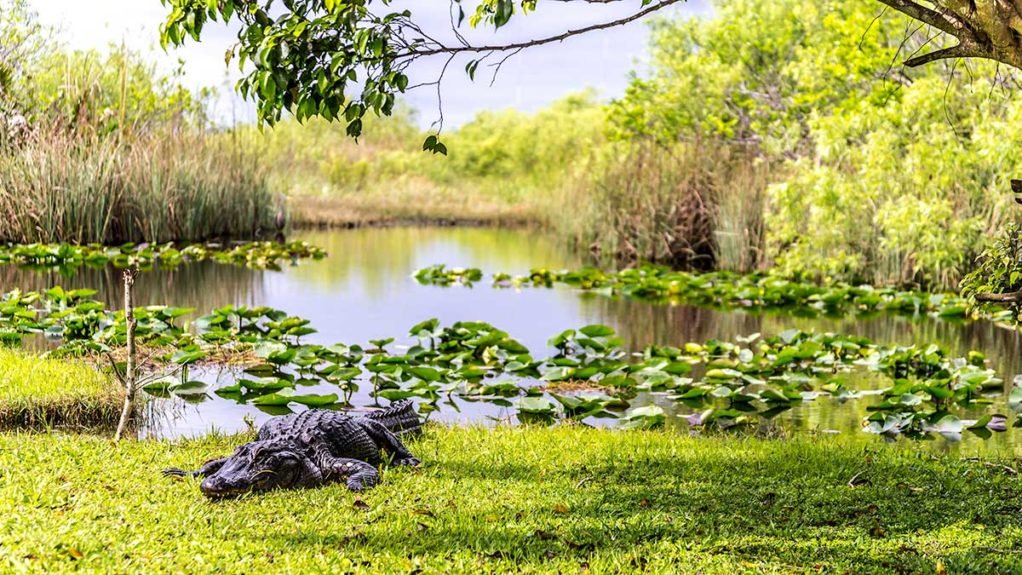 Alligators, crocodiles, snakes, turtles, manatees … and the illusive orchid. Everglades National Park covers 1.5 million acres of marshes, swamps, a river, and a bay (though there are some trails, paths, and a 6-story observation tower allowing for exploration on solid ground). While wildlife is everywhere, the true stars of the show are the alligators, some 200,000 of which make their home in the park. Boat tours are a popular way to (more safely) view the reptiles in their natural habitat.

This critically acclaimed collection of short stories sets the scene of everyday Florida, from its house-swallowing sinkholes to its less-than-lovable critters. One of the stories, “At the Round Earth’s Imagined Corners,” tells of a snake hunter who lives “at the edge of the swamp that boiled with unnamed species of reptiles.” The plot is not too much of a stretch from real-world trappers in the Everglades who seek out the invasive Burmese pythons that wreak havoc on the park’s delicate ecosystem. 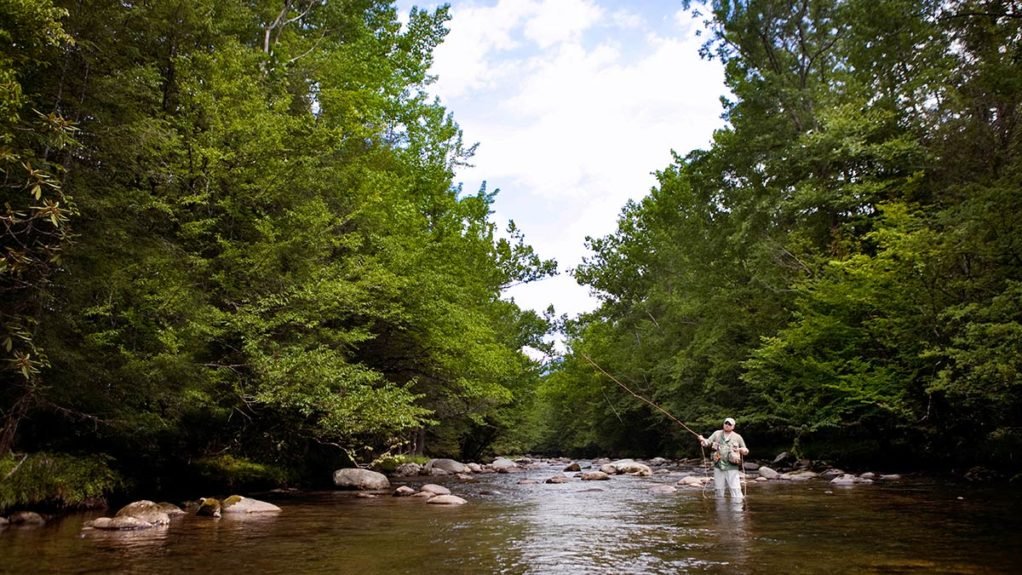 Grab your rod and reel and spend some time on the shores of Fontana Lake or anywhere along the banks of the 2,900 miles of fishable streams throughout the Smokies. Considered one of the best National Parks to cast a line, the park offers several bodies of fresh water teeming with fish, including the southern Appalachian brook trout, rainbow trout, and smallmouth bass. Whether you’re into fly fishing or spin fishing, Great Smoky Mountains National Park is an angler’s paradise.

And when you’ve reeled in enough for the day? Take a relaxing ride along some of the Smokies’ 384 miles of mountain roads, or meander down one of the park’s Quiet Walkways, shorter paths that give you a closer look at the 1,600 species of flowering plants.

Pack this book: A River Runs Through It, by Norman Maclean

This classic novella may be set in Montana, but Maclean’s stunning prose, which effortlessly captures the beauty of unspoiled nature, is universal. Using fly fishing as a metaphor for the trials and tribulations of life, Maclean’s words speak to any angler who has stood by a riverbank or along a shoreline with “the hope that a fish will rise.”

Great Books Under 200 Pages to Read During Winter Break