Pulling an all-nighter is a rite of passage for many college students, but it might be a ritual worth rethinking. New research from the National Sleep Foundation shows that too little sleep makes us much less effective at our tasks. Not only that, the study revealed we’re aware of this fact, yet only 1 in 10 of us make sleep a top priority.

This piqued our interest at Course Hero, so we decided to analyze our user data to smoke out which students are most likely to study into the wee hours—and presumably not get as much sleep as they should. We looked at school-specific traffic data on the Course Hero platform between midnight and 5 a.m. and then compared it to overall traffic for each school. Here’s what we found: 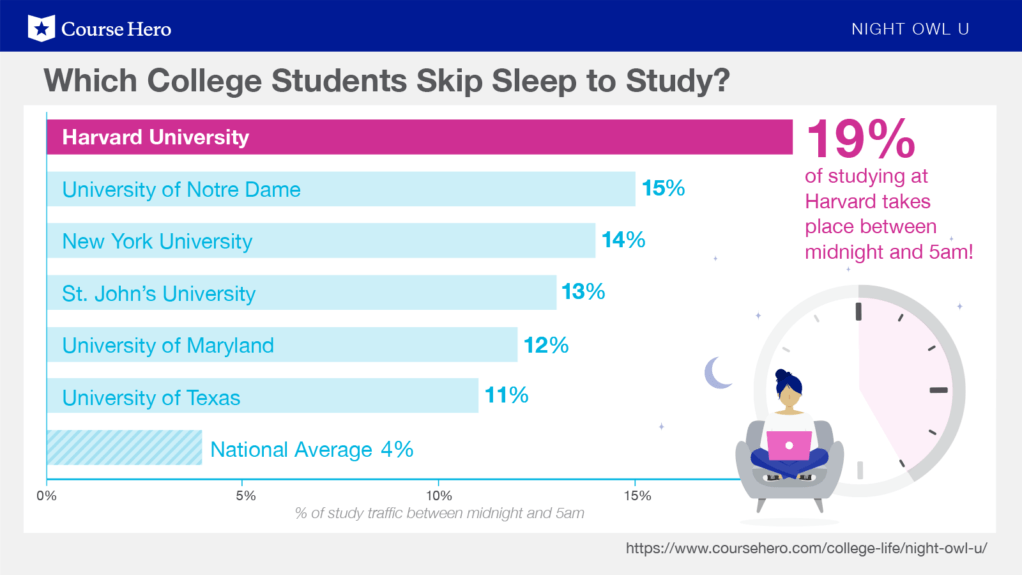 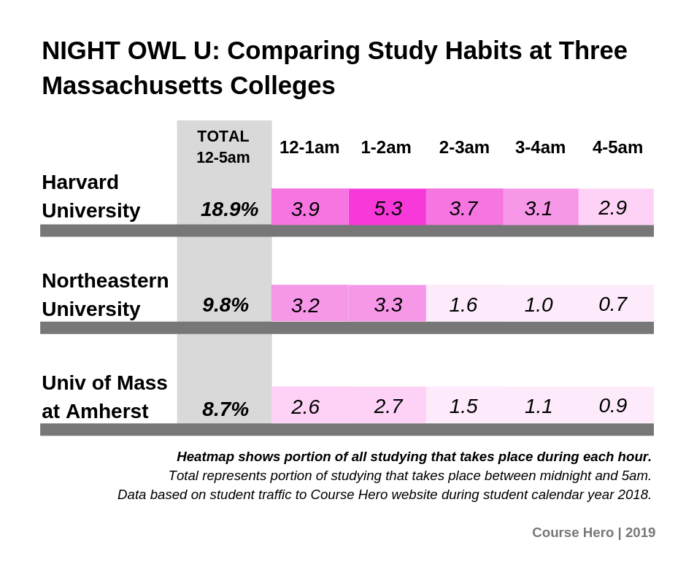 Another notable finding: Students in the University of California system are much more likely to study in the early morning hours compared to all others. Among our top 20, 4 schools are UC schools: Berkeley, Los Angeles, Irvine, and Davis. And to make matters even more interesting, students at those schools keep study hours that mirror one another (note they number 13–16 in our rankings).

Are Some Study Snacks Rude?

We also rolled up all the data by state, looking at students across each state to identify patterns. We found that college students in Massachusetts are much more likely to stay awake studying from midnight to 5 a.m. than students from other states. The states least likely to stay awake during the early hours: Missouri (2%), Utah (2%), Washington (2%), North Carolina (1%).

We analyzed traffic among students using Course Hero during the months that schools were in session during 2018. We limited our study to a random sample of public and private colleges and universities, including community colleges—though the schools we selected had to have a strong presence on Course Hero. We did not include any data from online universities or any university with a presence in multiple time zones.

Can You Study Too Much?