Home / College Life / Study Tips / Not Taking Practice Tests? Here’s Why You Should

Before we talk about studying, let’s focus on painting and sunrises:

Claude Monet was born in France in 1840 and cofounded Impressionism, an art movement that eschewed realism in favor of portraying the visual impression of a moment. Monet’s 1874 painting “Impression, soleil levant,” or “Impression, Sunrise,” inspired the movement’s name. In the last 20 years of his life, Monet painted oversized portraits of the water lilies at his country home in Giverny. One water lily painting sold for $43 million in 2012.

Study this paragraph about Monet. Approach it however you want: Read the information a couple of times, create a mnemonic device, or try to visualize the information.

Now, take out a blank sheet of paper (or create a new Word doc). Write down everything you can remember. This isn’t an open book test; you need to recall, not reread, the information. Then take a break—maybe have lunch, listen to music, go for a walk.

Get Hundreds of Practice Problems for Your Courses Now

After the break, test yourself to see how well you remembered the information about Monet.

At first it’s a struggle, right? But if you work hard to retrieve the details, maybe you’ll picture a sunrise. And then the word soleil comes to mind, which you know is French, and then you remember that Monet was a French artist who painted his impression of a sunrise, which gave rise to the Impressionist movement in painting.

Evidence suggests that the act of recalling a memory strengthens our ability to remember it again.

Rather than simply rereading the paragraph over and over and then calling it a day, you actively practiced retrieving the material from your memory by quizzing yourself. More and more studies show that this often overlooked study method, called retrieval practice, can turn passively absorbed information into true understanding and knowledge. Evidence suggests that the act of recalling a memory strengthens our ability to remember it again. And the more often you recall it, the better you’ll remember it. Which means it can help you learn and retain information better than other studying methods.

The technique appears to benefit students of all ages working in settings ranging from classrooms to laboratories. What’s more, recalling previously studied information can enhance your ability to learn new information in the future.

“Bringing information to mind from memory can be a more effective way to study than simply rereading the information,” says Yana Weinstein, University of Massachusetts, Lowell, psychology professor and cofounder of education research and advocacy group The Learning Scientists. “There seems to be quite solid evidence that that’s the case.”

To understand how the brain changes when you learn, Catherine Lowry Franssen, biopsychology and neuroscience professor at Longwood University in Virginia, suggests visualizing a neural network—kind of like a bundle of loose wires—composed of five neurons lettered A through E. Each lettered neuron carries a charge of important information. When you’re first learning something new, the individual charges of information are pinging around, isolated from one another and weak.

Early in the learning process, the neurons are firing near each other, but there’s no connection. It’s a moment every student knows: You’ve been presented with a jumble of terms, names, and concepts but don’t know how they fit with each other. But then, somehow, the paths your neural electrical charges have been traveling change and connect with each other. (Researchers don’t know exactly how the mind creates those connected pathways.) With more connections comes a stronger charge between the connections. It all starts to make sense. You’re not just familiar with the material. You understand and remember it.

“All of a sudden, every time I see something to do with Impressionist art, it triggers A on names and B on the specific name of Monet—or something like that,” Franssen says. “So it’s triggering a network together.”

Where once there were unconnected neural pathways of names and concepts, there’s now a series of interlocking paths. It’s the difference between being familiar with a topic and really knowing it. You see relationships between concepts and ideas that once seemed unrelated. They complement each other. When you hear “water lilies,” your mind conjures up Monet and Impressionism.

The power of practice

Retrieval practice has been discussed and studied since the 1890s, but the technique has recently gained renewed interest. In 2006, Purdue University psychology professor Jeffrey D. Karpicke explored how well students retained information after taking free-recall tests similar to the Monet exercise at the start of this story, and he found that testing was more effective than just repeatedly poring over material. Karpicke believed that retrieval practice works because both the mind and the memory change when you recollect it.

“When a person retrieves knowledge, they are in fact changing that knowledge, making it more retrievable and accessible in the future,” Karpicke wrote. “Our memory systems are very dynamic and active, not static and passive like books sitting on shelves waiting to be found.”

While researchers are increasingly confident that retrieval practice helps forge the strong interlocking neural pathways described above, they aren’t sure why. Psychologists have forwarded a variety of ideas but haven’t reached a consensus.

Karpicke suggested that retrieval practice is like a dress rehearsal for a real test. “When you are retrieving while you are studying, you are doing the kind of mental processes you will need to do in the future,” he wrote. “Students need to be able to retrieve knowledge in the future—certainly on tests and quizzes, but also (I hope) in meaningful, real-world scenarios. So when you practice retrieval during learning, you’re practicing the exact skill you will need to perform on that future test, quiz, or real-life scenario.”

As an example, he noted that a violinist gets better at playing the violin by practicing the violin. The idea of getting better by purely reading a book about the violin, he said, seems silly.

“And yet, that’s how most students study. They read books or notes without engaging in any kind of retrieval of the ideas they are reading about.”

The struggle is real … but worth it

In a 2009 survey of college student study strategies, retrieval practice lagged far behind rereading notes and textbooks. If it’s so effective, why isn’t it more popular?

One reason is that the process can be unpleasant compared to other study methods. When you read a text over and over, it becomes familiar. You think you’re learning, and you feel rewarded. On the other hand, staring at a blank piece of paper and struggling to recall information is far more daunting. And it doesn’t necessarily get easier the more you do it. In fact, research shows that students who took retrieval practice tests tended to feel less confident about how they’d perform at a later date.

“The struggle helps you learn, but it makes you feel like you’re not learning,” Nate Kornell, a psychologist at Williams College, told The New York Times. “You feel like, ‘I don’t know it that well. This is hard and I’m having trouble coming up with this information.’” It feels easier, he added, to simply reread text, because you recognize that you’ve read it before. 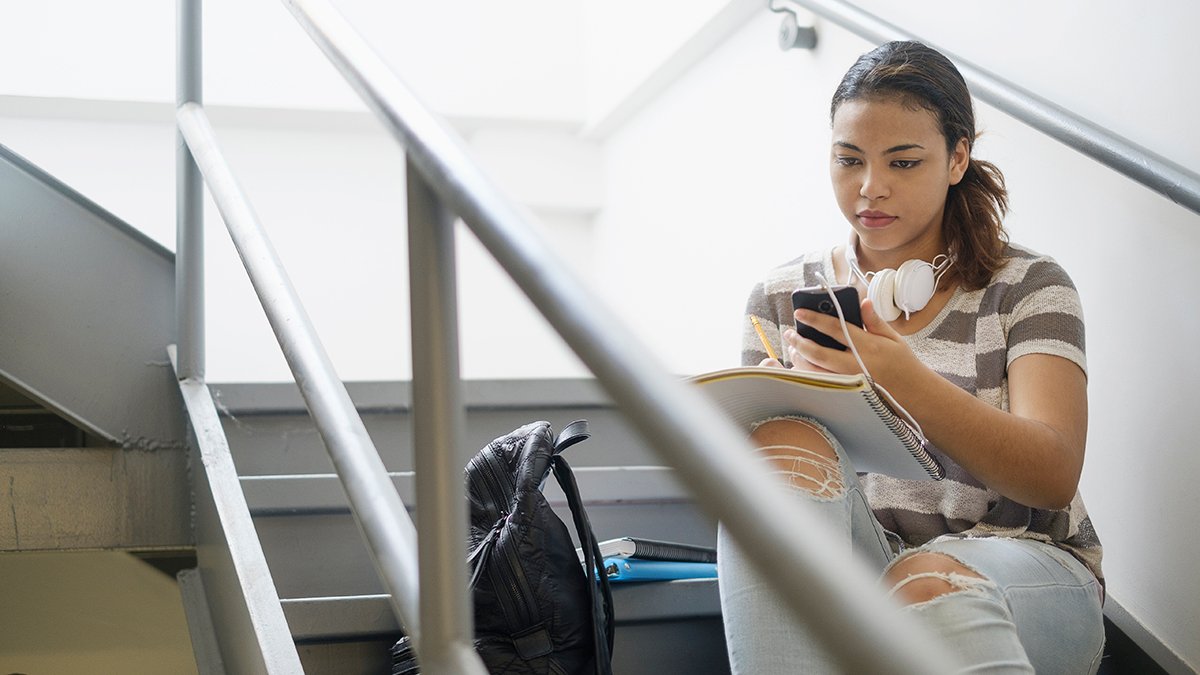 Make tests and quizzes part of your study tool kit

Testing is always a highly charged subject in the field of education. Some experts believe that too much testing can promote rote learning and stifle more complex thought, not to mention cause students a lot of anxiety. “Some tests are just not learning opportunities,” Marcia Linn, an education professor at the University of California, Berkeley, told The New York Times.

Still, it’s a study technique that you should think about including in your arsenal. You can use online Q & A tools and practice problems like the ones on Course Hero, old-school paper flashcards, or you can even taking turns quizzing study group partners. Weinstein’s Learning Scientists site has a guide to getting started.

Before an Exam: 6 Do’s and Don’ts for the Final Hour

Perhaps the biggest hurdle is getting comfortable with frustration and even failure. You’re not going to know everything at first, but don’t let that get to you. If you’re testing yourself using flashcards, go through the whole deck—don’t flip the card immediately to see an answer. Try taking the long view: Q & A may, over time, help you learn information better and retain it for longer. When you end up doing really well on your test, the frustration will be long gone.