Your stance on cell phones aside, let’s face it: Students are more likely to remember their phone than their homework. Here’s how other educators deal. 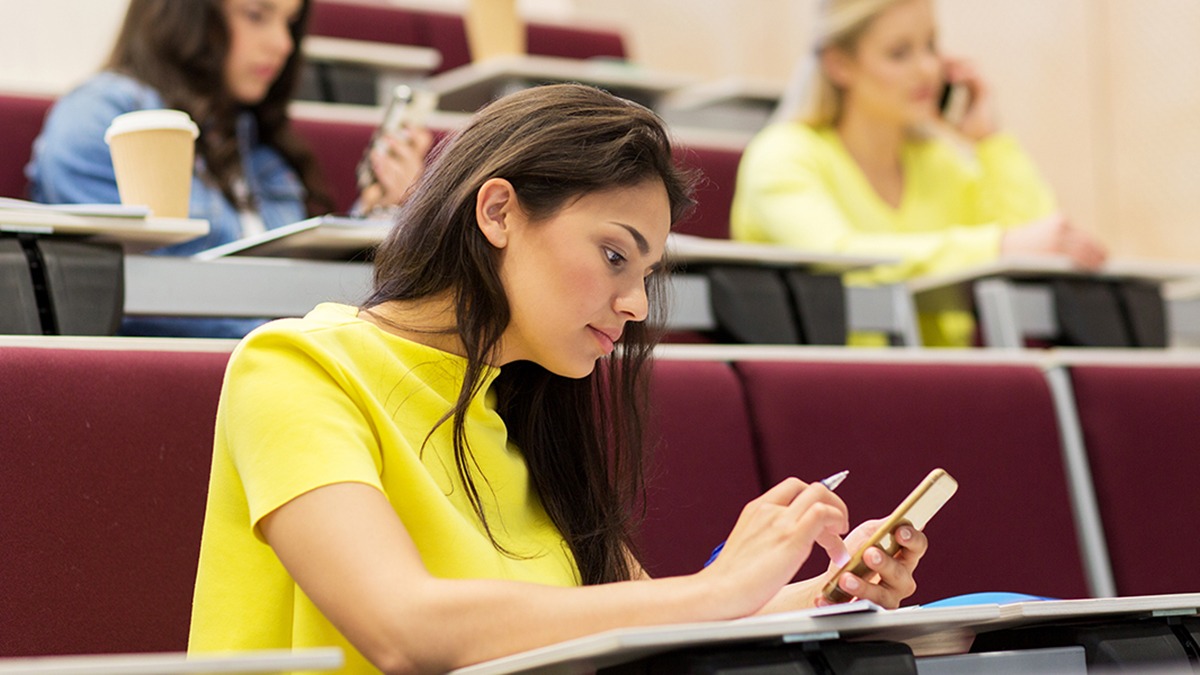 It’s one of those circular arguments: What to do about students’ use of smartphones in college classrooms. These devices — small, ubiquitous, and inherently designed to nag their users for attention — pose unique problems. Students arrive at college habituated to texting, chatting, web surfing, and social media posting, and with a deep-seated sense of entitlement about the use of their phones. In many communities, high schools have dialed back cell phone bans, often at the insistence of pro-tech advocates and parents who see cell phones as a lifeline between school and home.

While high school teachers generally must abide by system-wide decisions on cell phones in classrooms, at the college level, it’s up to the professor. And many instructors, fed up with having to project their instruction through a virtual haze of digital distraction, have dropped the hammer on cell phone use during lectures. At a Midwestern university, our unscientific canvass of a dozen professors found unanimous agreement: Cell phones detract from the classroom experience more than they add to the learning process. And cell phones are widely implicated in tech-enabled cheating on exams. Still, not all college-level educators banish digital devices from their classes, and most allow that there are practical applications for cell phones in special circumstances.

And so goes the debate, round and round like an endlessly spinning “loading” icon on a downloading app. Though consensus may never be reached (that is, perhaps, until our eldest educators are Millennials), it’s widely agreed that there are ways to mitigate the potential damage and maximize the benefits, whatever they may be for your particular student group or subject matter. With that in mind, here are some tips from university educators for coping with the potentially pernicious presence of electronic devices in the classroom.

Some professors, like New York University professor and media guru Clay Shirkey, have found that simply asking students to keep “lids down” (referring to laptops, but also anything else with a black mirror) has been enough to establish a tech-free learning environment. Others haven’t; at Boston University, Joelle Renstrom, a lecturer in rhetoric, insists that students place their phones in a locked bag at the start of each lecture, to prevent “high-tech doodling.” Other professors have collected phones in boxes or on shelves. There are initial objections by students, of course, but Renstrom has found that they subside over time.

2. Clarify the consequences to students

Have a posted policy regarding use of tech, share and/or display it, and expect students to abide by it. “Phone checking is ubiquitous now and has an instinctual quality,” says Jason Baird Jackson, professor of folklore and anthropology at Indiana University. “I do not ban phones, but I teach [students] what the research has shown about their effects. I support efforts to make them useful in class, but I have not incorporated them into teaching.”

3. Distract students from their devices

An engaging lecture and entertaining teaching style may be an educator’s best defense against smartphone use in class. “My own approach is to rely on hands-on doing,” says Jackson. “Distracting phone use is less likely in such classes.”

When faced with 350 freshman students taking Psych 101 in a two-level hall, you are not going to stare down all the phone addicts. On the other hand, it is in large classes like these where smartphones may be of good use. In many such classes, instructors regularly poll students, using tools like Poll Everywhere, Socrative, PollDaddy, Flisti, or Micropoll to determine whether students in large, darkened halls are tracking with the lesson, whether they are paying attention, and where they are getting lost.

These tools can also be used to administer quizzes; professors receive a report from the app server, matching students with their responses and automating grading. Tools like these often are free for up to 40 users, but even for larger classes, the license fees for the smartphone apps may be lower than the cost of using dedicated clicker devices.

Elizabeth Cullen Dunn, associate professor in the Department of Geography at Indiana University, bans cell phones as a general rule. “Cell phones are so distracting that the damage they cause is worse than whatever else they would add,” she says. “Very, very occasionally, I give students a task where they look up information on their phones — but absolutely never at a moment when somebody else is speaking.” Teachable moments such as these may also encourage students to be more mindful of tech use in other settings.

6. Take tech to a higher-level class

Smartphones have onboard GPS, gyroscopes, accelerometers, and biometric capabilities that make them highly sophisticated instruments for scientific measurement. Further, myriad apps are available to put these to tools to practical use in advanced (300 or 400) level courses. Some examples:

A difficulty, one Michigan State University instructor notes, is that technology changes so fast that a professor would need to ensure that the app is still supported from year to year. For now, the incentive structure may not make this worthwhile for most professors (the payoff would not warrant the time spent), though investigating such possibilities may be an interesting project for a TA.

The development of educational apps is big business — although many kinds of teaching software are intended for use outside the classroom, not in a lecture setting. “I haven’t been impressed with the apps designed for teaching purposes at the college level,” says one Michigan State University assistant professor (who preferred not to be named). “And I’ve been fairly annoyed by the constant email from app developers to get professors to adopt these things.” Still, don’t allow early turn-offs to prevent you from exploring new educational apps as they evolve. As with anything new, a learning curve is to be expected as engineers, programmers, and educators work together to create more applicable apps.

Finally, accept that cell phone policy is an agreement between adults 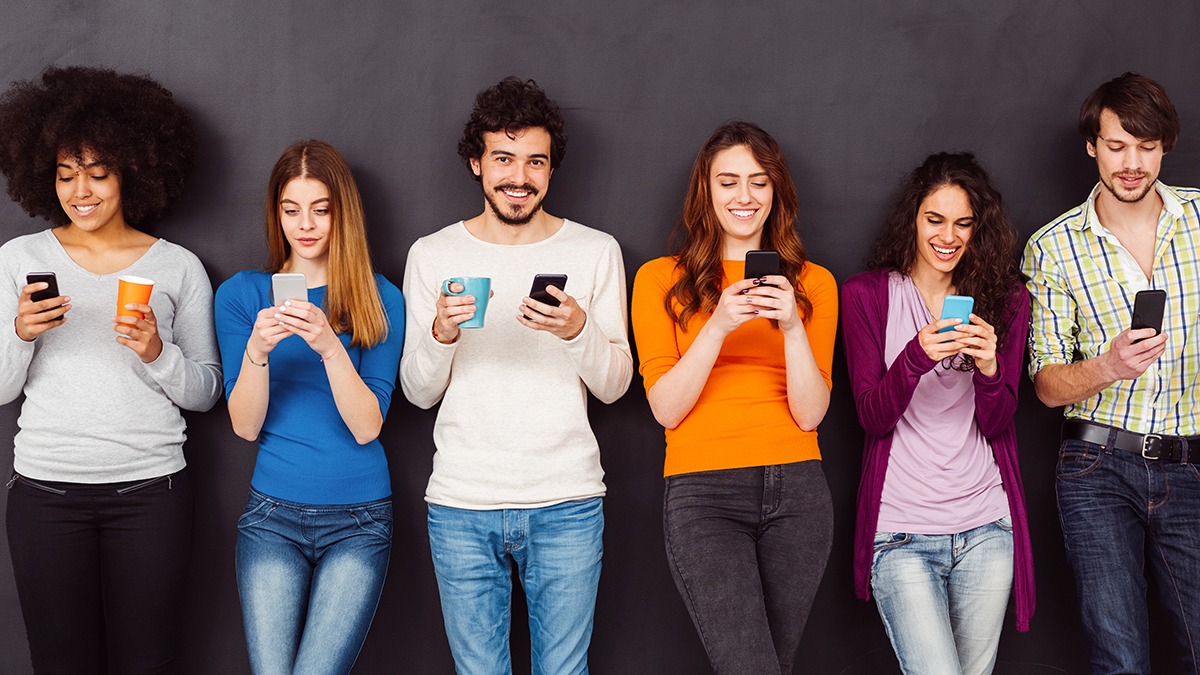 Ignite Curiosity with a "Movie Trailer" on Day One

Students arrive at college expecting to be treated as adults — and they are entitled to a commensurate amount of respect. They may, however, need a reminder that this door swings both ways. It may be news to them that their tech use habits can impact others in the classroom, including their professor. While students’ participation in lecture courses is their own responsibility, all parties in the room can benefit from a solid policy regarding cell phone use in class.

What Is Faculty Club?

Faculty Club is a multi-disciplinary community of educators sharing ideas to advance innovation and celebrate excellence in higher education.