SUMMARY: During the second half of World War II, a soldier named Yossarian is stationed  with his Air Force squadron on the island of Pianosa. Everyone thinks Yossarian  is crazy when he insists that people are trying to kill him. Most events are refracted through Yossarian’s point of view. Yossarian has a  desire to live. He spends a great deal of his time in the hospital, faking illnesses  to avoid the war.  Catch-22 is a law defined in different ways throughout the novel: first, it is  possible to be discharged from military service because of insanity; second, it’s  illegal to read; third, the enemy is allowed to do anything that someone can’t stop him from doing. Yossarian claims that he is insane, only to find out that by  claiming that he is insane he has proved that he is sane.  His friend Nately falls in love with a Roman girl, who is indifferent towards his  advances. When she falls for Nately, he is killed on his very next mission. She  blames Yossarian for Nately’s death and tries to stab him every time she sees  him. Yossarian, troubled by Nately’s death, refuses to fly any more missions. He  is arrested for being in Rome without a pass. He is then presented with a choice:  face a court-martial or be sent home. There is one condition: in order togo home,  he must approve of his superiors, Cathcart and Korn, and their policy, which  requires all the men in the squadron to fly eighty missions. He chooses another  way out, and fled to Sweden. Major Characters: Yossarian: Promiscuous (sleeping with several girls), Crazy (Clevinger shouted  “you’re crazy”), Emotional (chapter one he said he was in love), Apathetic (he  bombs whatever until he hits his target), Paranoid (chapter 12 page 17), Selfish  (chapter 12 page 123), “Not Crazy” (he choses to live), Observant (When he was  talking about the war), Annoying (he crossed out random things in the letters in  chapter one), Sensitive (dead guy in his tent, and the crabapples), Opportunist  (when he chose another way out of the army and fled to Sweden).  Milo Minderbinder: obsessed with expanding mess operations and trading goods  for the profits of the syndicate. The Chaplain: he struggles to maintain his faith during the war. Captain Black: Hates Major Major, tall, narrow, moves with crabby listlessness,  paranoid. 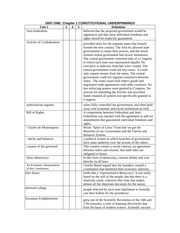 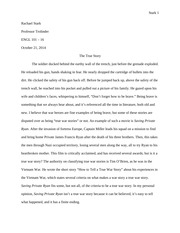 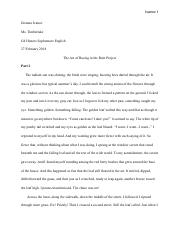 The Art of Racing in the Rain Proj.pdf 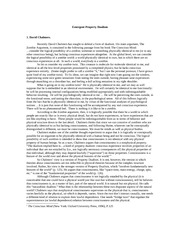 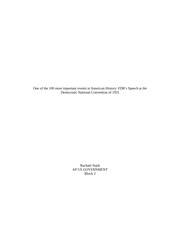