BRITISH INDIA - The British presence in India dates back to...

The British presence in India dates back to the early part of the seventeenth century. On 31 December 1600, Elizabeth, then the monarch of the United Kingdom, acceded to the demand of a large body of merchants that a royal charter be given to a new trading company, "The Governor and Company of Merchants of London, Trading into the East-Indies." Between 1601-13, merchants of the East India Company took twelve voyages to India, and in 1609 William Hawkins arrived at the court of Jahangir to seek permission to establish a British presence in India. Hawkins was rebuffed by Jahangir, but Sir Thomas Roe, who presented himself before the Mughal Emperor in 1617, was rather more successful. Two years later, Roe gained Jahangir's permission to build a British factory in Surat, and in 1639, this was followed by the founding of Fort St. George (Madras). Despite some setbacks, such as the Company's utter humiliation at the hands of the Mughal Emperor Aurangzeb, with whom the Company went to war between 1688-91, the Company never really looked back. Gateway of India, Bombay In 1757, on account of the British victory at Plassey, where a military force led by Robert Clive defeated the forces of the Nawab of Bengal, Siraj-ud- daulah, the East India Company found itself transformed from an association of traders to rulers exercising political sovereignty over a largely unknown land and people. Less than ten years later, in 1765, the Company acquired the Diwani of Bengal, or the right to collect revenues on behalf of the Mughal Emperor, in Bengal, Bihar, and Orissa. The consolidation of British rule after the initial military victories fell to Warren Hastings, who did much to dispense with the fiction that the Mughal Emperor was still the sovereign to whom the Company was responsible. Hastings also set about to make the British more acquainted with Indian history, culture, and social customs; but upon his return to England, he would be impeached for high crimes and misdemeanors. His numerous successors, though fired by the ambition to expand British territories in India, were also faced with the task of governance. British rule was justified, in part, by the claims that the Indians required to be civilized, and that British rule would introduce in place of Oriental despotism and anarchy a reliable system of justice, the rule of law, and the notion of 'fair play'. Certain Indian social or religious practices that the British found to be abhorrent were outlawed, such as sati in 1829, and an ethic of 'improvement' was said to dictate British social policies. In the

1840s and 1850s, under the governal-generalship of Dalhousie and then Canning, more territories were absorbed into British India, either on the grounds that the native rulers were corrupt, inept, and notoriously indifferent about the welfare of their subjects, or that since the native ruler had failed to produce a biological male heir to the throne, the territory was bound to "lapse" into British India upon the death of the ruler. Such was the fate of Sambalpur (1849), Baghat (1850), Jhansi (1853), Nagpur (1854), and -- most tragically -- Awadh (1956). The Nawab of Awadh [also spelled as

Learn more about A Passage to India with Course Hero's FREE study guides and infographics! 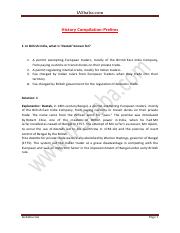 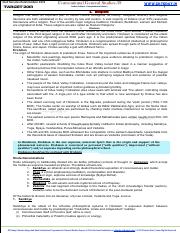 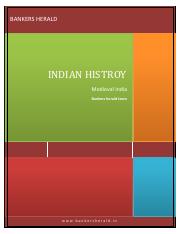 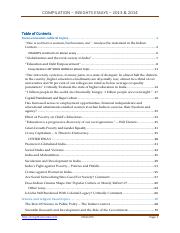 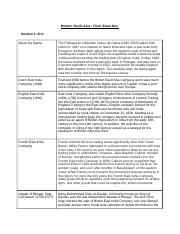 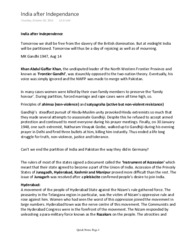