1 CATCH-22 Joseph Heller ← Context → Joseph Heller was born in Brooklyn in 1923. He served as an Air Force bombardier in World War II and enjoyed a long career as a writer and a teacher. His best-selling books include Something Happened, Good as Gold, Picture This, God Knows, and Closing Time, but his first novel, Catch-22, remains his most famous and acclaimed work. He died of a heart attack in December 1999. Heller wrote Catch-22 while working at a New York City marketing firm producing ad copy. The novel draws heavily on his Air Force experience and presents a war story that is at once hilarious, grotesque, cynical, and stirring. The novel generated a great deal of controversy upon its initial publication in 1961. Critics tended either to adore it or despise it, and those who hated it did so for the same reasons as the critics who loved it. Over time, Catch-22 has become one of the defining novels of the twentieth century. It presents an utterly unsentimental vision of war, stripping all romantic pretenses away from combat, replacing visions of glory and honor with a kind of nightmarish comedy of violence, bureaucracy, and paradoxical madness. This kind of irony has come to be expected of war novels since the Vietnam War, but in the wake of World War II, which most Americans believed was a just and heroic war, Catch-22 was shocking. It proved almost prophetic about both the Vietnam War, a conflict that began a few years after the novel was originally published, and the sense of disillusionment about the military that many Americans experienced during this conflict. Unlike other antiromantic war novels, such as Erich Maria Remarque’s All Quiet on the Western Front, Catch-22 relies heavily on humor to convey the insanity of war, presenting the horrible meaninglessness of armed conflict through a kind of desperate absurdity rather than through graphic depictions of suffering and violence. Catch-22 also distinguishes itself from other antiromantic war novels through its core values: the story of Yossarian, the protagonist, is ultimately not one of despair but one of hope. He believes that the positive urge to live and to be free can redeem the individual from the dehumanizing machinery of war. The novel is told as a series of loosely related, tangential stories in no particular chronological order. The narrative that emerges from this structural tangle upholds the value of the individual in the face of the impersonal, collective military mass; at every stage it mocks insincerity and hypocrisy, even when such values appear triumphant. Despite its World War II setting, Catch-22 is often thought of as a signature novel of the 1960s and 1970s. It was during those decades that American youth truly began to question authority. Hippies, university protests, and the civil rights movement all marked the 1960s as a decade of revolution, and Heller’s novel fit in perfectly with the spirit of the times. In fact, Heller once said, “I wasn’t interested in the war in Catch-22. I was interested in the personal relationships in bureaucratic authority.” Whether Heller was using the war to comment on authority or using bureaucracy as a statement about the war, it is clear that

Learn more about All Quiet on the Western Front and Catch-22 with Course Hero's FREE study guides and infographics! 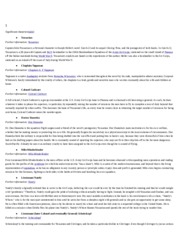 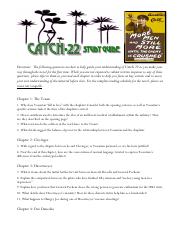 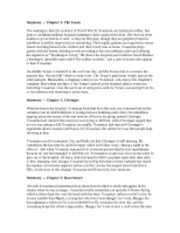 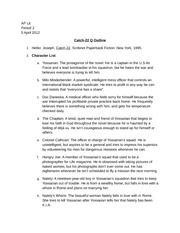