W.E.B. DuBois Critiques Booker T. WashingtonThe most influential public critique of Booker T. Washington’s policy of racial accommodation and gradualism came in 1903 when black leader and intellectual W.E.B. DuBois published an essay in his collection The Souls of Black Folkwith the title “Of Mr. Booker T. Washington and Others.” DuBois rejected Washington’s willingness to avoid rocking the racial boat, calling instead for political power, insistence on civil rights, and thehigher education of Negro youth. Of Mr. Booker T. Washington and OthersFrom birth till death enslaved;in word, in deed, unmanned!Hereditary bondsmen! Know ye notWho would be free themselves must strike the blow?BYRONEasily the most striking thing in the history of the American Negro since 1876 is the ascendancy of Mr. Booker T. Washington. It began at the time when war memories and ideals were rapidly passing; a day of astonishing commercial development was dawning; a sense of doubt and hesitation overtook the freedmen’s sons,—then it was that his leading began. Mr. Washington came, with a single definite programme, at the psychological moment when the nation was a little ashamed of having bestowed so much sentiment on Negroes, and was concentrating its energies on Dollars. His programme of industrial education, conciliation of the South, and submission and silence as to civil and political rights, was not wholly original; the Free Negroes from 1830 up to wartime had striven to build industrial schools, and the American Missionary Association had from the first taught various trades; and Price and others had sought a way of honorable alliance with the best of the Southerners. But Mr. Washington first indissolubly linked these things; he put enthusiasm, unlimited energy, and perfect faith into this programme, and changed it from a by-path into a veritable Way of Life. And the tale of the methods by which he did this is a fascinating study of human life.It startled the nation to hear a Negro advocating such a programme after many decades of bitter complaint; it startled and won the applause of the South, it interested and won the admiration of the North; and after a confused murmur of protest, it silenced if it did not convert the Negroes themselves.To gain the sympathy and cooperation of the various elements comprising the white South was Mr. Washington’s first task; and this, at the time Tuskegee was founded, seemed, for a black man, well-nigh impossible. And yet ten years later it was done in the word spoken at Atlanta:“In all things purely social we can be as separate as the five fingers, and yet one as the hand in all things essential to mutual progress.” This“Atlanta Compromise” is by all odds the most notable thing in Mr. Washington’s career. The South interpreted it in different ways: the radicals received it as a complete surrender of the demand for civil and political equality; the conservatives, as a generously conceived working basis for mutual understanding. So bothapproved it, and today its author is certainly the most distinguished Southerner since Jefferson Davis, and the one with the largest personal following. 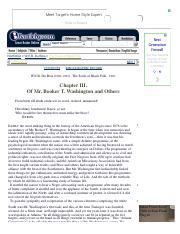 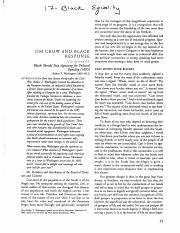 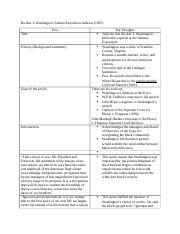 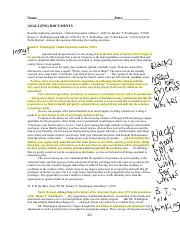 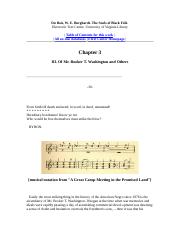 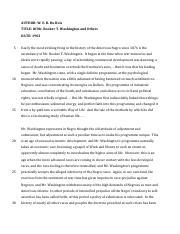