Identify unique characteristics of Renaissance culture with regard to art, architecture, music, lite

Running Head: Unique Characteristics of Renaissance CultureLejla BejtovicUnique Characteristics of Renaissance Culture1
Running Head: Unique Characteristics of Renaissance CultureUnique Characteristics of Renaissance Culture The Renaissance lasted from about 1350-1620, and during this time intellectuals admired the ancient worlds of Rome and Greece. They thought that the Dark Ages, the relatively inactive time period between that era and their own, was caused by the loss of the learning, literature, andarts of Rome and Greece. Thus, the Renaissance, or rebirth, was born as intellectuals worked to recover as many ancient works as they can (The Gale Group, 2004).According to the Gale Group (2004), “renaissance states had three basic forms of government: princedoms, monarchies, and oligarchies, which the Renaissance called republics.” Princedoms were common in Italy and Central Europe, and princes were individuals who ruled over a state, usually with the support of his family. He usually came into power because he had displaced the previous ruler in some way, “because the city invited him in to quell factionalism,” or, most commonly, a combination of these (The Gale Group, 2004). Once in control, he passed succession laws so that a member of his family could succeed him. However, a prince’s rule was uncertain and non absolute. They usually depended on powerful figures in the state, such as the nobility or merchant community, or in the cases of small princedoms, on the help of more powerful states around them. But the prince did have the power to “to promulgate and enforce laws, to collect taxes, to defeat foreign invaders, and to quell rebellion” (The Gale Group, 2004). Monarchies were like large princedoms, but according to the Gale Group (2004), they were “sanctioned by a much longer tradition, stronger institutions, and greater claims of legitimacy forits rulers.” Most were hereditary, but in places like Poland, Hungary, Bohemia, and the Holy Roman Empire, they were elective. The monarchy was only displaced when there was a lack of alegitimate heir, when there was a dispute in the family, or when it was overthrown by a foreign power. According to the Gale Group (2004), “monarchies grew in size and power in the
Running Head: Unique Characteristics of Renaissance CultureRenaissance,” and an example is the dual monarchy of Ferdinand of Aragon and Isabella of Castile. They married between 1474 and 1479 to create a very powerful Spain that ruled most of the Spanish Peninsula, except for Portugal. Finally, republics were the smallest kind of political unit at this time, and were a “city-state consisting of a major town or city and its surrounding territory of farms and villages” (The Gale Group, 2004). They were ruled by oligarchies, usually made up of the merchant elite in that town. Laws were created by deliberative assemblies made up of hundreds of men, and were put into action by executive assemblies usually comprised of six, eight, or twelve men. In a republic, terms in office were short, and rules were put into place 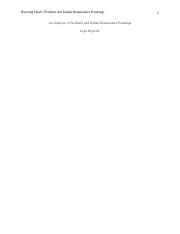 Analyze paintings of both the Northern and Italian Renaissance in terms of their subject matter, use 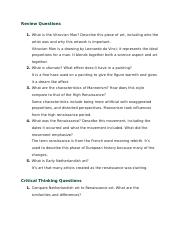 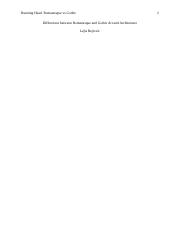 Compare and Contrast Romanesque with Gothic art and architecture 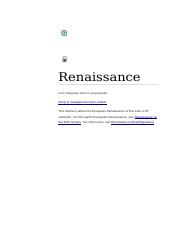 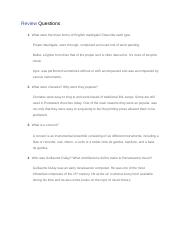 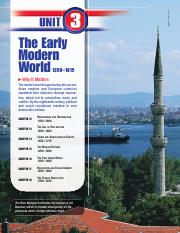