Pulmonary embolism is a blockage of an artery in the lungs by a blood clot, fat, air or clumped tumor cells. By far the most common form of pulmonary embolism is a thromboembolism, which occurs when a blood clot , generally a venous thrombus, becomes dislodged from its site of formation and embolizes to the arterial blood supply of one of the lungs . Symptoms may include difficulty breathing , pain during breathing, and more rarely circulatory instability and death . Treatment is with anticoagulant medication, such as warfarin . Other rarer forms of pulmonary embolism occur when material other than a blood clot is responsible. Such materials can include fat or bone (usually in association with significant trauma), air (often when diving), and amniotic fluid (affecting mothers during child-birth). [ edit ] Signs, symptoms and risk factors [ edit ] Clinical presentation Signs of PE are sudden-onset dyspnea (shortness of breath, 73%), tachypnea (rapid breathing, 70%), chest pain of "pleuritic" nature (worsened by breathing, 66%), cough (37%), hemoptysis (coughing up blood, 13%), and in severe cases, cyanosis , tachycardia (rapid heart rate), hypotension , shock , loss of consciousness , and death. Although most cases have no clinical evidence of deep venous thrombosis (DVT) in the legs , findings that indicate DVT may aid in the diagnosis. [ edit ] Risk factors The most common sources of embolism are proximal leg deep venous thrombosis (DVTs) or pelvic vein thromboses. Any risk factor for DVT also increases the risk that the venous clot will dislodge and migrate to the lung circulation, which happens in up to 15% of all DVTs. Risk factors for DVT and PE (together " venous thromboembolism " or VTE) can be divided into genetic , acquired and circumstantial causes. In many occasions, more than one risk factor is present:  Genetic o Factor V Leiden (3% of the population are heterozygous for FVL). o Prothrombin mutation (G20210A). o Protein C deficiency . o Protein S deficiency . o Antithrombin III deficiency. o High homocysteine levels due to MTHFR mutation. o Plasminogen and fibrinolysis disorders.  Acquired o Antiphospholipid antibodies  Anticardiolipin antibodies and/or lupus anticoagulants o Renal disease (renal loss of antithrombin) o Paroxysmal nocturnal hemoglobinuria  Circumstantial o Immobilisation, e.g. , after surgery or trauma o Use of estrogen-containing hormonal contraception o Obesity

o Pregnancy o Cancer ( as in Trousseau's syndrome ) [ edit ] Diagnosis The diagnosis of PE is based primarily on medical imaging because the typical clinical presentation ( shortness of breath , chest pain ) cannot be definitively differentiated from other causes of chest pain and shortness of breath. [ edit ] Clinical criteria The decision to do medical imaging is based on clinical grounds, i.e. the medical history of the individual and the details of their symptoms. 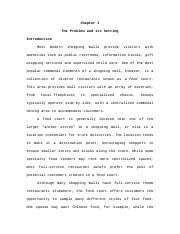 analysis of the services on the food court 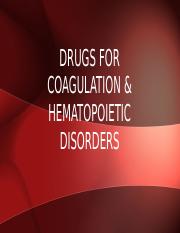 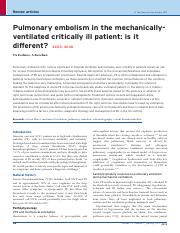 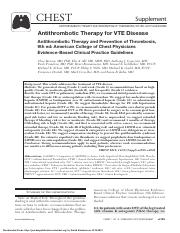 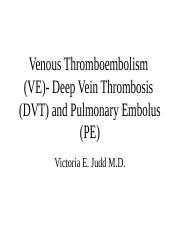 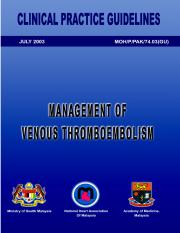