Martinez, Natalia AP English III Period 4 Dialectical Journals The Scarlet Letter Chapters 21-24 (Chapter 21) Quote Summary Analysis "What a strange, sad man is he!" said the child, as if speaking partly to herself. "In the dark night-time, he calls us to him, and holds thy hand and mine, as when we stood with him on the scaffold yonder! And in the deep forest, where only the old trees can hear, and the strip of sky see it, he talks with thee, sitting on a heap of moss! And he kisses my forehead, too, so that the little brook would hardly wash it off! But, here, in the sunny day, and among all the people, he knows us not; nor must we know him! A strange, sad man is he, with his hand always over his heart!" (Hawthorne, 224-225) Pearl recognizes that Dimmesdale does not acknowledge them during the day, as he does at night. In the beginning of the dialogue, Pearl calls Dimmesdale a “strange, sad man.” She recognizes this when Hester tells her that he will not stand with them at the scaffold. She believes that he is depressed, therefore he will not stand with them. On the diction that is stated briefly by the narrator, Pearl says her thoughts partly to herself, but Hester still hears her. Throughout the dialogue, Pearl’s observes that Dimmesdale only acknowledges them during the night, when no one is present, but during the day, it is like they are invisible to him. It is understandable Pearl’s confusion towards the “sad man.” Dimmesdale wants Pearl to love him, but it is impossible for her to do so when he ignores them out in public. Though Pearl is a very smart girl, but, she is still seven years old, she does not understand what adults meaning behind their actions (Chapter 22)

Quote Summary Analysis “She thought of the dim forest, with its little dell of solitude, and love, and anguish, and the mossy tree- trunk, where, sitting hand in hand, they had mingled their sad and passionate talk with the melancholy murmur of the brook. How deeply had they known each other then! And was this the man? She hardly knew him now! He, moving proudly past, enveloped, as it were, in the rich music, with the procession of majestic and venerable fathers; he, so unattainable in his worldly position, and still more so in that far vista of his unsympathizing thoughts, through which she now beheld him!” (Hawthorne, 234-235) Hester realizes that any hope that she once had to finally be with Dimmesdale has now disappeared when she notices how happy he is when he interacts with the townspeople. In the diction, Hester looks back at the time she spent with Dimmesdale in the forest. Where they held hands and discussed about things that has happen in their lives. She believes at that time, it seemed they know each other so well, and now, out in public, it is like they are strangers who had never met before. When they are out in the town during Election Day, he ignores her and happily talks to the townspeople, without acknowledging her. 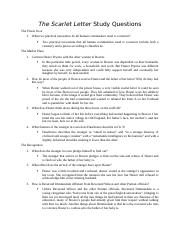 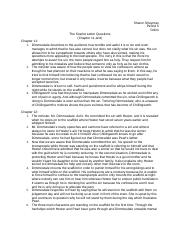 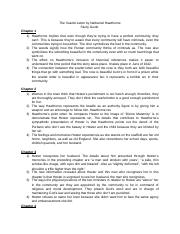 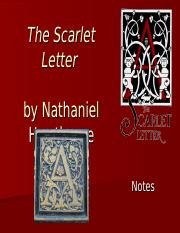 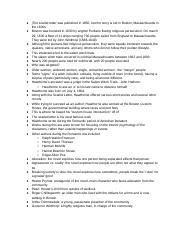 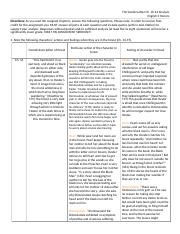