Syracuse High School
KOBE
KOBE 181
How_to_Read_Like_a_Professor.doc - From How to Read Literature Like a Professor Thomas C Foster Notes by Marti Nelson 1 Every Trip is a Quest(except

How_to_Read_Like_a_Professor.doc - From How to Read...

From How to Read Literature Like a ProfessorThomas C. FosterNotes by Marti Nelson1.Every Trip is a Quest (except when it’s not):a.A questerb.A place to goc.A stated reason to go thered.Challenges and trialse.The real reason to go—always self-knowledge2.Nice to Eat With You: Acts of Communion5.Now, Where Have I Seen Her Before? a.Whenever people eat or drink together, it’s communionb.Not usually religiousc.An act of sharing and peaced.A failed meal carries negative connotations3.Nice to Eat You: Acts of Vampiresa.Literal Vampirism: Nasty old man, attractive but evil, violates a young woman, leaves his mark, takes her innocenceb.Sexual implications—a trait of 19thcentury literature to address sex indirectlyc.Symbolic Vampirism: selfishness, exploitation, refusal to respect the autonomy of other people, using people to get what we want, placing our desires, particularly ugly ones, above the needs of another.4.If It’s Square, It’s a Sonneta.There is no such thing as a wholly original work of literature—stories grow out of other stories, poems out of other poems.b.There is only one story—of humanity and human nature, endlessly repeatedc.“Intertexuality”—recognizing the connections between one story and another deepens our appreciation and experience, brings multiple layers of meaning to the text, which we may not be conscious of. The more consciously aware we are, the more alive the text becomes to us. d.If you don’t recognize the correspondences, it’s ok. If a story is no good, being based on Hamlet won’t save it.6.When in Doubt, It’s from Shakespeare…a.Writers use what is common in a culture as a kind of shorthand. Shakespeare is pervasive, sohe is frequently echoed.b.See plays as a pattern, either in plot or theme or both. Examples:i.Hamlet: heroic character, revenge, indecision, melancholy natureii.Henry IV—a young man who must grow up to become king, take on his responsibilitiesiii.Othello—jealousyiv.Merchant of Venice—justice vs. mercyv.King Lear—aging parent, greedy children, a wise fool7.…Or the Biblea.Before the mid 20thcentury, writers could count on people being very familiar with Biblical stories, a common touchstone a writer can tapb.Common Biblical stories with symbolic implicationsi.Garden of Eden: women tempting men and causing their fall, the apple as symbolic of an object of temptation, a serpent who tempts men to do evil, and a fall from innocenceii.David and Goliath—overcoming overwhelming oddsiii.Jonah and the Whale—refusing to face a task and being “eaten” or overwhelmed by it anyway.iv.Job: facing disasters not of the character’s making and not the character’s fault, suffers as a result, but remains steadfast v.The Flood: rain as a form of destruction; rainbow as a promise of restoration
vi.Christ figures (a later chapter): in 20thcentury, often used ironicallyvii.The Apocalypse—Four Horseman of the Apocalypse usher in the end of the world. 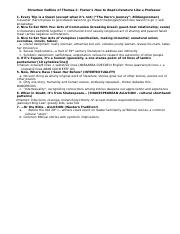 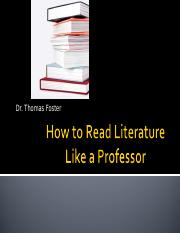 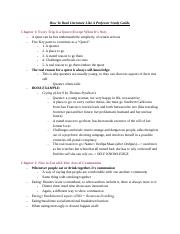 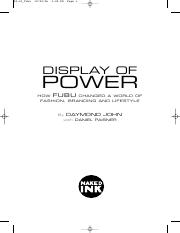 How FUBU Changed The World 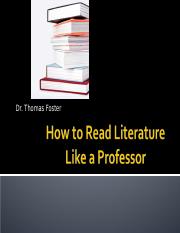