Wilmington University
IST
IST 7000
text que.docx - 1 Distinguish between vulnerability threat and control Vulnerability Vulnerability is a weakness in the security system for example in

1. Distinguish between vulnerability, threat, and control? Vulnerability: Vulnerability is a weakness in the security system, for example in procedures, design or implementation that might be exploited to cause loss or harm. For instance a particular system may be vulnerable to unauthorized data manipulation because the system does not verify a users identity before allowing data access. Threat: A threat to a computing system is a set of circumstances that has the potential to cause loss or harm. To see the difference between a threat and vulnerability, consider the illustration. There are many threats to a computer system, including human initiated and computer-initiated ones. Control: We use a control as a protective measure. That is a control is an action, device, procedure, or technique that removes or reduces vulnerability, threat is blocked by control of vulnerability. 2. Theft usually results in some kind of harm. For example, if someone steals your car, you may suffer financial loss, inconvenience (by losing your mode of transportation), and emotional upset (because of invasion of your personal property and space). List three kinds of harm a company might experience from theft of computer equipment. When company has experience theft of computer equipment Loss of business, loss of information stored in computer, reputation of company or the shares decreases 3. List at least three kinds of harm a company could experience from electronic espionage or unauthorized viewing of confidential company materials. loss of competitive edge, loss of trade secrets, public embarrassment or harm to reputation, legal liability for failing to uphold confidentiality agreements with third parties. 4. List at least three kinds of damage a company could suffer when the integrity of a program or company data is compromised. Loss of confidentiality, companies old history stored in computers may be lost, loss in shares. 5. List at least three kinds of harm a company could encounter from loss of service, that is, failure of availability. List the product or capability to which access is lost, and explain how this loss hurts the company. The three kinds of harms a company encounter is virus, fraud achieved by manipulating records, intellectual property theft. Availability is also lost by internet service or router 6. Describe a situation in which you have experienced harm because of a failure of computer security. Was the failure malicious or not? Did the attack target you specifically or was it general and you were the unfortunate victim?

Many people face this problem all the time. When we start browsing something, we receive lot of advertisements. When does effect some people and does not affect some. This type of target are not specifically done they are usually done with everyone.

Most Popular Documents for IST 7000 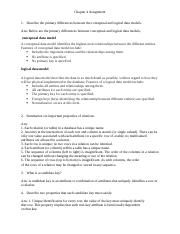 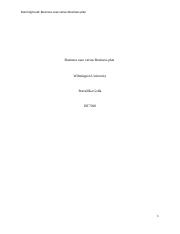 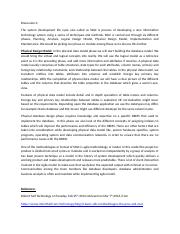 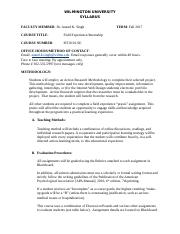 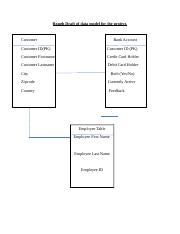 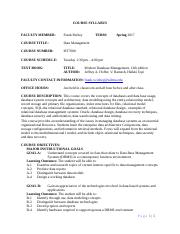