Test 2 FEMINISM AND RELIGION Master concept: PATRIARCHY  An institutional and cultural system of male domination and privilege, which has empowered men to control and limit female possibilities, restricting and controlling their minds and bodies.  Women have been largely excluded from social power and the creation of human symbol systems: mythologies, folklore, worldviews, theologies, philosophies, sciences, artistic media, etc. Cf. Gerda Lerner, The Creation of Patriarchy (1986)  Patriarchy emerged out of complex social-historical processes, as band and tribal egalitarianism began to break down with the emergence of settled agriculture, private property (hereditary accumulation and transfer of wealth) and the formation of the State. Frederick Engels, The Origin of the Family, Private Property and the State (1884), called this process the “historical defeat of the female sex”  With settled agriculture, populations expanded – both for labour and for war, female reproductive capacity had to be controlled, to produce heirs, workers and soldiers settled agriculture  the patriarchal family  state-formation  social stratification  professional warfare  conquests and enslavement (females & children)  Male family members increasingly control the sexuality of “their” females (wives and daughters), for marriage alliances, procreation and domestic labour -- women not attached to domestic patriarchy are “public” or “non-respectable” women, i.e., the historic rise of prostitution, concubinage  The militarized State reinforces the patriarchal family in royal legislation and codes, enshrining paternal authoritarianism -- e.g., the eldest male has authority over sexuality, marriage, inheritance, behaviour (the “double standard”), etc., even the right to existence (the rise of female infanticide)

 The military state and patriarchy are mutually exclusive  Patriachy wasn’t there at the beginging it had emegered  Women did not have any control because men had everything to do with the control Assyrian Law : If a married man rapes a virgin the father of the virgin shall take the wife of the ravisher and give her to be dishonoured and shall take her. The father shall give his daughter who has been ravished as a spouse to her ravisher. Law on Veiling : Neither wives nor widows not daughters who go out on the street on the street may have their heads uncovered, A harlot must not veil herself her head must be uncovered if she violates herself then she will be punished.

Most Popular Documents for SOC 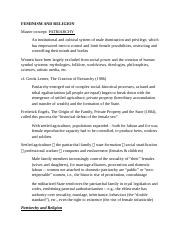 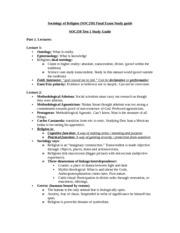 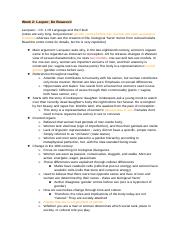 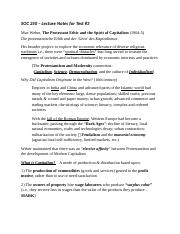 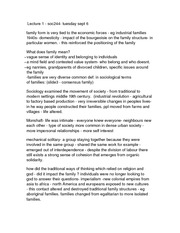 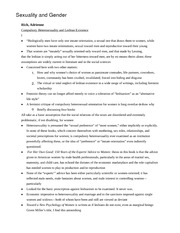