American Public University
PBHE
PBHE 413
tac final quests.docx - Discuss the differences in clinical presentation between a person who is a victim of a chemical vs a biological event Biological

Discuss the differences in clinical presentation between a person who is a victim of a chemical vs. a biological event. Biological agents have caused untold suffering throughout the history of mankind, and will continue to do so for generations to come. These agents have been used in warfare for generations, and strike fear into the hearts of public health officials around the world. Many biological agents are capable of causing death in gruesome, and often times very quickly. There are so many types of biological agents that it would be impossible to describe symptoms that encase every single one of them, as they all have their own symptoms. A typical patient will present with various symptoms, and are often severely ill. Typical symptoms include fevers, abdominal pain, flu-like symptoms, nausea, respiratory problems, and other symptoms depending upon the causative agent at hand. It is crucial that health care officials, public health officials, and scientists make an accurate diagnosis quickly. A diagnosis can allow for better treatment of all individuals who are sick, along with being able to better warn those who are not sick. Chemical agents are a threat to public health around the world. There has been previous attacks, and accidents, and there will continue to be these events as time goes on. Like biological agents, chemical agents can manifest in different symptoms, and problems depending upon the agent at hand. Chemical agents are typically used in a gas form, thus allowing for a much larger area of dispersal, and more victims to be impacted. One of the most important aspects of the chemical agents is the need for decontamination. Patients must be decontaminated to not only stop any damage to their body, but to prevent others from being contaminated. Many patients who have been exposed to chemical agents may be suffering from chemical burns, and also respiratory problems from inhaling the chemical agent. Treatment for chemical agents would follow decontamination, and typically be supportive in respiratory cases. It is important for the health care team to be aware of the chemical agent, along with any possible problems it can cause to the human body. Research "Lessons learned from Hurricane Katrina". How do these lessons from a natural disaster compare to those learned from the other incidents about which you have read in this course. Hurricanes and tropical storms have the ability to cause widespread devastation in coastal communities around the globe. As with any disaster important lessons are always learned, Hurricane Katrina was no exception to this. Hurricane Katrina saw failures in nearly every level of government from the local officials, all the way to the federal government. There were failures in evacuating the vulnerable population in areas such as the 9 th ward in New Orleans. Many people drowned or died due to having nowhere to go, no way to get anywhere from a lack of a vehicle, or poverty. 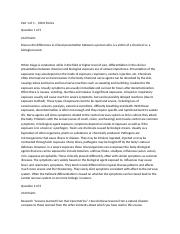 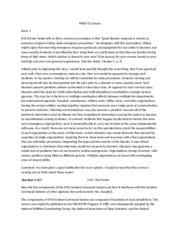 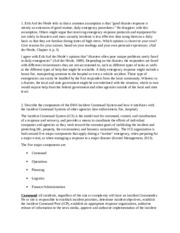 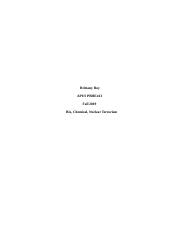 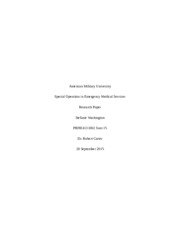 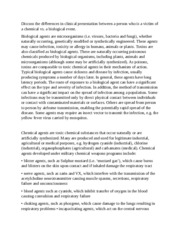