Abraham Baldwin Agricultural College
BIO
BIO bio
Microsoft Azure.docx - Microsoft Azure Microsoft has been a major leader in the technology marketplace for many years and it continues to grow to be the

Microsoft Azure Microsoft has been a major leader in the technology marketplace for many years and it continues to grow to be the leader in the future. Microsoft has a cloud computing software called Microsoft Azure. It began as a project named Red Dog in the mid-2000s, but in 2010 Microsoft officially released Windows Azure to the public. The program offers five important parts of cloud computing. They are Microsoft SQL Services for databases, Microsoft .NET Services for developers; Live Services for file sharing; Microsoft SharePoint Services, and Microsoft Dynamics CRM Services SaaS offerings. There was a lot of mixed feeling about the product after it was released due to the competition with Amazon Web Services (AWS). However, Microsoft did not let that get to them and they made the program better over time. They added support for programming languages, operating systems, frameworks, which includes Linux. In 2014, Microsoft saw that their program has grown so large that it could not work windows, so they renamed it Microsoft Azure (Harvey, 2017). Microsoft Azure has many products for customer or corporations. Some of the popular products are its App Service, Virtual Machines, SQL Database, Blob storage, Azure Container Service, and Functions (Azure pricing, 2017). Azure App Service has everything to create websites, mobile backends, and web application programming interface (APIs) for any device or platform. There are different plans when using the service. The types of plans are Free, Shared, Basic, and Standard. Each plan offers different abilities, which are Web, mobile, or API apps, Disk space, Maximum instances, Custom domain, Auto Scale, VPN hybrid connectivity, and Network Isolation. The Free plan is of course free, but it offers 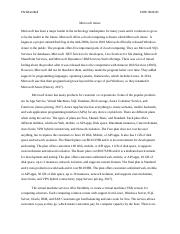 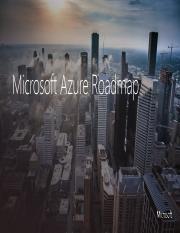 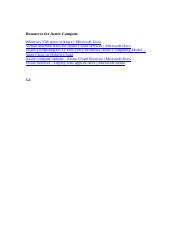 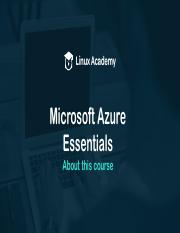