Harvard University
PHYS
PHYS 253b
PhysRev.118.838.pdf - S SOBOTTKA this experiment Terms similar to those neglected in Eq(A1 have also been neglected here If we let w'A)A=w(E~ Ev)dEv

S. SOBOTTKA this experiment. Terms similar to those neglected in Eq. (A1) have also been neglected here. If we let w„('A)A=w(E~, Ev)dEv, corresponding to an electron energy E1 before radiation and E2 after radiation, then the probability that an electron of initial energy Ep will have an energy E after radiating, scattering, and again radiating will be ~Ep +Ep v (Ep, E') dE' = dE' vc(EO, E&) Jg, ~~, Xo (E~, Ev)w'(Ev, E')dRdE, , (AS) where o (E~, Ev) is the theoretical scattering cross section for electrons of initial energy E1 and final energy E2 and m and m' are the probabilities for radiation before and after scattering, respectively. For an elastic cross section, o(E~, Ev) is a delta function and the integrals of Fq. (AS) can be evaluated approximately to yield Eq. (1) of the text if E4 in that equation is replaced by Ep. Again, terms of the same order as those neglected in E'q. (A1) were neglected in Eq. (1), in addition to terms depending on (Eo — Es) but which were considerably smaller than those that were retained. If o(Ev, Ev), as a theoretical inelastic cross section, is considered to be a series of many delta functions (elastic cross sections), Eq. (2) of the text results, where the summation has been replaced by the integral sign of that expression. In deducing Eq. (2), it was assumed that the shape of o( E, sE) vas a function of Ev with fixed E1 does not change with E1. This assumption gives adequate accuracy for this work. PHYSICAL REVIEW VOLUME 118, NUMB ER 3 MA Y 1, 1960 High-Energy Behavior in Quantum Field Theory* STEVEN WEINBERGER Department of Physics, Columbia University, New York, New York (Received May 21, 1959) An attack is made on the problem of determining the asymptotic behavior at high energies and momenta of the Green's functions of quantum field theory, using new mathematical methods from the theory of real variables. We define a class A„of functions of n real variables, whose asymptotic behavior may be specified in a certain manner by means of certain "asymptotic coeKcients. " The Feynman integrands of perturbation theory (with energies taken imaginary) belong to such classes. We then prove that if certain conditions on the asymptotic coeScients are satisfied then an integral over k of the variables converges, and belongs to the class A„z with new asymptotic coeScients simply related to the old ones. When applied to perturbation theory this theorem validates the renormalization procedure of Dyson and Salam, proving that the renormal- ized integrals actually do always converge, and provides a simple rule for calculating the asymptotic be- havior of any Green's function to any order of perturbation theory. I. INTRODUCTION ' 'N many respects, the central formal problem of the ~ ~ modern quantum theory of fields is the determina- tion of the asymptotic behavior at high energies and momenta of the Green's functions of the theory, the vacuum expectation values of time-ordered products. 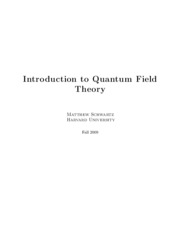 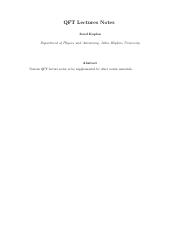 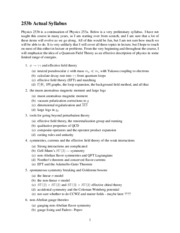 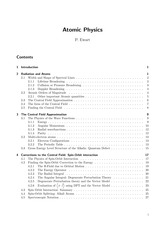 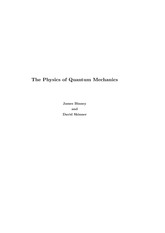