Running head: Major-Depressive Disorder Definition The root of major-depressive disorder (MDD) is that it is a mood disorder. “The DSM-5 lists 2 general categories of mood disorders” with depression being a highlight. In common terms, depression refers to a constant and extreme sadness (“Introduction to Psychology,” n.d.). Other feelings or moods also include “guilt” and “worthlessness,” which reinforces the “extreme sadness” previously mentioned (Reeves, Postolache, & Snitker, 2008). Symptomology There are numerous places in a depressed person’s life that can point to the disorder, however in children many disguise it in other symptoms such as aggression, anxiety, and enuresis (Love & Napolitano, 2010). Enuresis is involuntary urination, typically in children at night. However, a depression in mood, anhedonia, fatigue, thoughts of death, also changes in sleep, appetite, or psychomotor activity can occur in MDD. “Problems with sleep, appetite, or psychomotor activity can occur… individuals may experience insomnia or hyperinsomnia; anorexia or increased appetite; psychomotor retardation or agitation” (Reeves, Postolache, & Snitker, 2008). Psychomotor retardation refers to the slowing-down of thought and a reduction of physical movements in an individual. Diagnosis According to the Diagnostic and Statistical Manual of Mental Disorders, Fifth Edition, also known as DSM-5, the symptoms of MDD may lead to a loss of interest and excitement in everyday activities (APA, 2013). To diagnose children with such depressive episodes, to the extreme of MDD, one of two symptoms must occur during a 2-week period: depressed/irritable mood or “diminished interest or loss of pleasure in almost all activities” (APA, 2013). There are no specific laboratory tests that identify depression, however other 1

Running head: Major-Depressive Disorder potential etiologies must be filtered out. Such laboratory work may include complete blood count (CBC) with differential, serum electrolytes, blood urea nitrogen (BUN), creatinine clearance and concentration, urine osmolality, and drug monitoring. Other technical and evaluations are electroencephalography (EEG), electrocardiography (ECG), liver and thyroid function tests, and children’s depression inventory (Glardino & Pataki, 2017). The DSM-5 lists many different “subtypes of depression” that allow for a proper diagnosis (“Introduction to Psychology,” n.d.). The DSM-5 refers to them as specifiers that show unique patterns of symptoms or specify distinct periods of time when the symptoms are present. One specifier is seasonal pattern in which a person experiences symptoms of MDD during a particular time of year like winter or spring. This explains the common term “winter blues”. One other subtype of MDD is “persistent depressive disorder in which a person experiences depressed moods 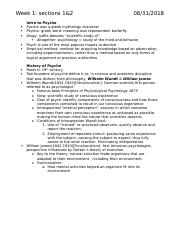 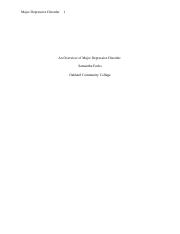 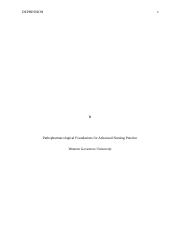 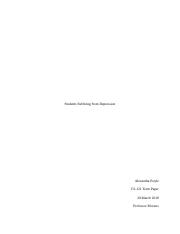 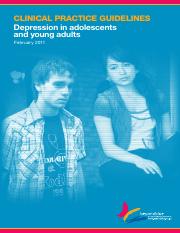 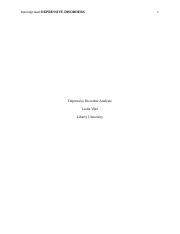