15. God, matter, and information: towards a Stoicizing Logos Christology Niels Henrik Gregersen , Copenhagen University Up to modernity, the majority of Christian thinkers presupposed that the world of creation is composed of two parts, the material and the spiritual, existing alongside one another as independent yet interacting realms. In the traditional exegesis of Genesis 1, for example, the creation of light in Gen 1:3 (“Let there be light”) was interpreted as a spiritual light for spiritual beings in a spiritual world ( kosmos noētos ), preceding the creation of the corporeal light of the Sun in the empirical world ( kosmos aisthētikos ) in Gen 1:14. This two-stock universe lost its plausibility with the advent of classical physics in the seventeenth century, when nature came to be seen as a seamless unity. The scientific intuition of the oneness of the universe, however, was initially combined with quite a narrow interpretation of the nature of the material. As Isaac Newton (1642-1727) argued in his Opticks , matter is basically atomic: “solid, massy, hard, impenetrable, moveable particles” (Newton, 1952). 1 According to Newton these particles, formed in the beginning by God and held together by the mechanical laws of nature, serve the divine purpose of the universe while at the same time being embraced by God, who is ubiquitously at work ordering, shaping, and reshaping the universe. For Newton, mechanism 1 “All these things being consider´d, it seems probable to me, that God in he Beginning form´d. Matter in solid, massy, hard, impenetrable, moveable Particles, of such Sizes and Figures, and with such other Properties, and in such Proportion to Space, as most conduced to the End for which he form´d them; and that these primitive Particles, being Solids, are incomparably harder than any porous Bodies compounded of them; even so very hard, as never to wear or break in pieces; no ordinary Power being able to divide what God himself made one in the first Creation” (Newton, 1952, p. 400). 1

and theism were two sides of the same coin. How else explain the orderliness of the otherwise arraying particles? God, the creator of the world of matter and the author of the deterministic laws of nature, was continuously providing the collaboration and ends of all biological creatures: “the Instinct of Brutes and Insects, can be the effect of nothing else than the Wisdom and Skill of a powerful ever-living Agent, who being in all Places, is more able to move the Bodies within his boundless uniform Sensorium, and thereby to form and reform the Parts of the Universe, than we are by our Will to move the parts of our own Bodies” (Newton, 1952, p. 403). How else explain the growth and fitfulness of biological organs? And finally, despite the physical determinism, there was supposed to be room for the causal efficacy of moral and spiritual powers of human agents. Human duty towards God and other human beings “will appear to us by the Light of Nature,” as Newton concludes his Opticks (p. 405). Hence, there are not only laws of nature, but also a natural law guiding the human deliberation about right and wrong.

Most Popular Documents for AMST 176 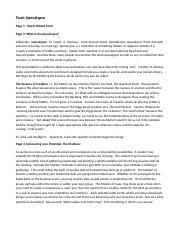 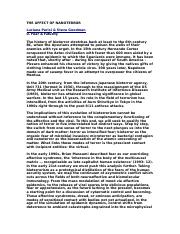 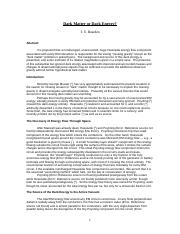 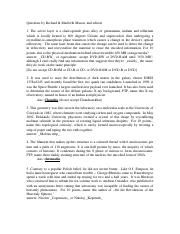 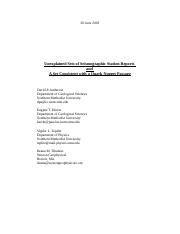 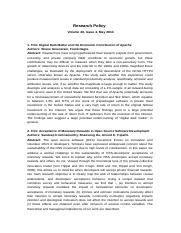