PATHOPHARMACOLOGICAL FOUNDATIONS 2 Pathopharmacological Foundations for Advanced Nursing Practice According to Albert (2018), heart failure (HF) in the United States affects approximately 6.5 million adults over the age of 20-years. Approximately 960,000 new cases of HF are diagnosed every year (American Heart Association, 2017). Considered a burdensome cardiovascular condition, Albert (2018) purports, HF significantly debilitates an individual and their quality of life, “not only because of the limitations it imposes on daily living, but also because of frequent hospitalizations.” Frequent hospitalizations result in a significant increase in medical expenses in the United States, with numbers estimating as high as $31 billion dollars per year (American Heart Association, 2017). Investigated Disease Process Pathophysiology According to Nicholson (2014), HF has been pathophysiologically defined as a condition in which an individual’s heart is unable to adequately generate cardiac output necessary to perfuse body tissues or when there is an increase in diastolic pressure of the left ventricle. Sometimes occurring simultaneously, both aforementioned problems lead to increased pulmonary capillary pressures, and lead to pulmonary edema. Mozaffarian et al., (2016), purport an estimated 5.7 million Americans over the age of 20-years have HF. Risk factors of HF include: ischemic heart disease, hypertension, age, smoking, obesity, diabetes, renal failure, valvular heart disease, cardiomyopathies, myocarditis, congenital heart disease, and excessive alcohol use. Of the 5.7 million Americans, it is estimated that 75% of individuals diagnosed with HF also have been diagnosed with hypertension as a comorbidity (American Heart Association, 2017).

PATHOPHARMACOLOGICAL FOUNDATIONS 3 HF occurs when there is trauma to the muscles of the heart and the heart cannot adequately perfuse the tissues of the body’s organs. These traumas can be from myocardial dysfunction such as a myocardial infarction, ischemic heart disease, or hypertension, to name a few. HF can be characterized by differentiating whether the HF is left-sided, right-sided, or combined HF. Left-sided Heart Failure To understand left-sided HF, it is important to understand the delineation of left HF in terms of systolic or diastolic HF. Systolic heart failure. Systolic HF, or HF with reduced ejection fraction (HFrEF), is determined by an ejection fraction of less than 40%, and a decrease in cardiac output, which ultimately causes the inability of the heart to adequately perfuse vital organs. Ejection fraction (EF) is the measurement of how much blood the left ventricle is able to pump out with each contraction (American Heart Association, 2017). Cardiac output is determined by the heart rate and stroke volume. Stroke volume is determined by three major factors: contractility, preload, and afterload (Nicholson, 2014). 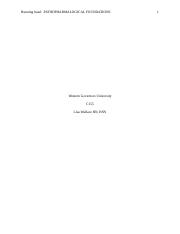 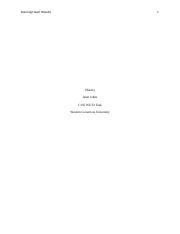 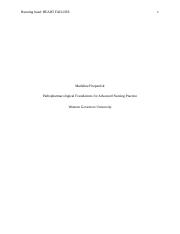 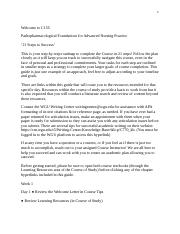 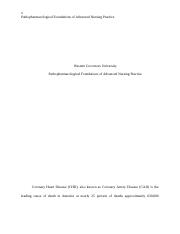 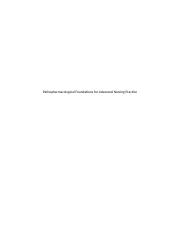