Yuval Kopernik HUMA 1825 – Tutorial 05 Neil Braganza Study Questions 11-01-2017 Answers: Immanuel Kant – On Perpetual Peace 1. Explain why each of the six articles in the First Section are necessary for thinking clearly about peace. See pages 93-97 All of the articles are necessary for thinking clearly about peace as they are prohibitive laws that prohibit threats to peace and in turn, ensure safety and protection of the state and its citizens. In the first article, Immanuel Kant states “Peace means an end to all hostilities” (Kant, 101) in relation to thinking about peace. Peace cannot be considered valid with secret reservations for a future war. Thus, it would be a mere truce, “A suspension of hostilities” (Kant, 101), which Kant describes as not a peace. In this way of thinking, peace would nullify all existing reasons for a future war, even for reasons yet unknown. In the second article, Kant argues that a state is not a possession and thus cannot “be acquired by inheritance, exchange, purchase or gift” (Kant, 102). In further detail, a state is a society of men, which no-one other than itself can command or dispose of. Therefore, in order to maintain or even attain the status of peace, the practice of fighting over, inheriting, exchanging, purchasing and gifting of states should not be a continued practice. In the third article, Kant argues that “standing armies” constantly threaten other states with the “very fact that they are always prepared for it” (Kant, 102). As they motivated states to out do one another in the arming of their soldiers, the armies in themselves cause wars of aggression. Furthermore, Kant goes into details by stating “The hiring of men to kill or to be killed seems to mean using them as mere machines” (Kant, 102), pertaining to the abuse of rights and ultimately lack of peace. Thus, the thought on attaining peace equates to the removal of standing armies and the oppressive use of them. In the fourth article, Kant argues that peace cannot be attained when a credit system (money) is used as an instrument of aggression to display dominance by persons in power. Thus, to attain peace “Foreign debts must therefore be prohibited” (Kant, 102) to avoid bankruptcy and ultimately public injury. As Kant explains, “No national debt shall be contracted in connected with the external affairs of the state” (Kant, 102) in order to ensure peace instead of public injury. 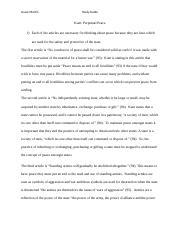 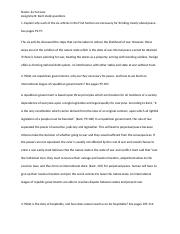 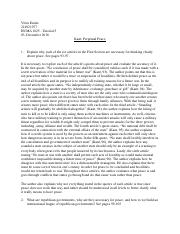 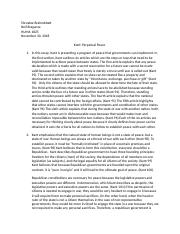 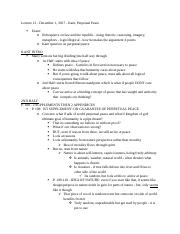 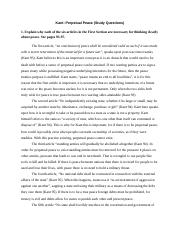