Joof familyJoof (English spelling in the Gambia) or Diouf (French spelling in Senegal and Mauritania) is a surname typically Serer. This surname is also spelt Juuf or Juf (in the Serer language). They are the same people. The differences in spelling is because Senegal was colonized by France, while the Gambia was colonized by the United Kingdom. Although spelt differently, they are pronounced the same way. The totem and symbol of the Joof family is the antelope, the symbol of grace, royalty, wisdom, hard work and protection in Serer mythology. The name of their clan is "Njoofene" variations: "Njuufeen" or "Njufeen" (in Serer).[1][2] Members of this family had ruled over many of the pre-colonial kingdoms of Senegambia, including the Kingdom of Sine, the Kingdom of Saloum and the Kingdom of Baol. The royal princesses (Lingeers) from the Joof family were also given in marriage to the pre-colonial kings and princes of Senegambia. Some of these included the kings of Jolof, kings of Waalo, kings of Cayor and Baol (after 1549 following the Battle of Danki). From these marriages, they provided many heirs to the thrones of these kingdoms.[3][4] Although usually associated with Serer royalty, the Joof family also figure prominently in Serer religious affairs.====History of the Joof family====The Joof family is one of the old families of Senegambia. Serer oral tradition speaks of a noble called LamaneJegan Joof, owner of a large herd of livestock and estate who was also a farmer. He migrated from Lambaye following an argument with his relative, the king of Lambaye. The dispute concerned the governance of Lambaye and over-taxation of his herd which he considered unjust. As such, he decided to head south and founded Tukar with his younger brother Ndik Joof. The tradition then went on to say that, he had a son called Sosseh Joof (Socé Diouf) who was the heir of Tukar.[5] Some scholars have proposed that, Tukar (and many of its surrounding villages such as Njujuf, Sob, etc., which were founded by Lamane Jegan Joof making them part of his estate and colony) now a rather large village in present-day Senegal, is an ancient village and well before the Guelowar period (1335 following the alleged Battle of Troubang, many variations in spelling, including Turubang[6]) and placed the foundation of these villages in the 11th century, if not earlier.[7][8] There was in fact no "Battle of Troubang". In reporting this tradition, Henry Gravrand did not notice that this is actually a description of the 1867 (or 1865) Battle of Kansala.[6] The Joof family had ruled Tukar for many centuries, inherited from their ancestor Lamane Jegan Joof through the Serer Lamanic custom, a rather strict custom of Serer land law and inheritance. In 2004, Lamane Njaga Dibor Ndoffene Joof (Lamane Diaga Dibor Ndofene Diouf) was the last lamane of Tukar.[9]In the early history of the Ghana Empire to its end, the royal princesses of the Empire married into the Serer aristocratic families, some of these included Joof family. These royal princesses belonged to the maternal clan Wagadou (Bagadou in Serer language). With the Joof paternal clan, they ruled the Kingdom of Baol and 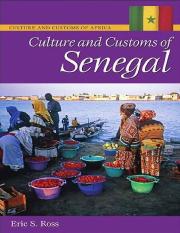 Culture and Customs of Senegal.pdf 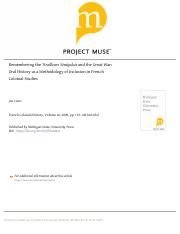 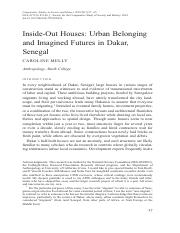 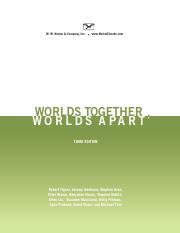 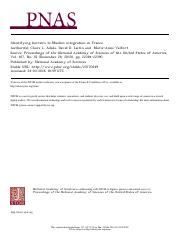