Waubonsee Community College, Sugar Grove
PSY
PSY 235.001
socio psy chapter one.docx - What Do Social Psychologists Do Social psychology aims for a broad understanding of the social factors that influence how

What Do Social Psychologists Do? Social psychology aims for a broad understanding of the social factors that influence how human beings think, act, and feel. It focuses particularly on normal adult human beings, though some social psychologists do study children and people who suffer from mild mental illness (such as depression). Very little of what people do, other than those with severe mental illness, is off- limits to social psychology. Clinical psychologists study people with severe mental illness. Social psychology is concerned with the effect of other people (real or imagined) on our thoughts, feelings, and behaviors. These three dimensions or building blocks of social psychology are known as the ABC triad (Figure 1.1). The A stands for Affect (pronounced ‘AF- ekt; note that this word is a noun, not a verb, which is pronounced ‘∂-’fekt)—how people feel inside. Social psychologists are interested in how people feel about themselves (e.g., self- esteem), how they feel about others (e.g., prejudice), and how they feel about various issues (e.g., attitudes). The B stands for Behavior—what people do, their actions. Social psychologists are interested in all the various behaviors people engage in, such as joining groups, helping others, hurting others, loving others, working, playing, praying, and relaxing. The C stands for Cognition—what people think about. Social psychologists are interested in what people think about themselves (e.g., self-concept), what they think about others (e.g., forming impressions), and what they think about various problems and issues in the social world (e.g., protecting the environment). Social psychologists study the effects of personal and situational influences on these ABCs— especially the power of situations. That is, when trying to explain some pattern of behavior, the first-place social psychologists generally look is to the situation. In this focus, social psychology departed from two powerful traditions in psychology. Freudian psychoanalysis sought to explain behavior by looking at the deep unconscious forces inside the person, whereas behaviorist learning theory sought to explain behavior by looking at reinforcement histories (e.g., what behaviors were previously rewarded or punished). Social psychology emphasizes how people react to the world around them, and how small changes in their immediate circumstances can produce substantial changes in behavior. Social psychologists even study the influence of situational factors that people may not even be aware of. For example, participants in one famous study arranged scrambled words to form sentences. Participants were shown five words and were told to choose four of the words to make a sentence. By the flip of a coin, participants received either words associated with the elderly (e.g., A LET’S KITE FLY OLD, which can make the sentence LET’S FLY A KITE), or words not associated with the elderly (e.g., A LET’S KITE FLY COLOR, which can make the same sentence LET’S FLY A KITE). After participants completed the task, the researcher thanked them for participating and told them that the elevator

was down the hall. Using a hidden stopwatch, the researchers timed how long it took participants

Most Popular Documents for PSY 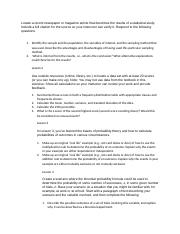 Psy 230 round up exercises 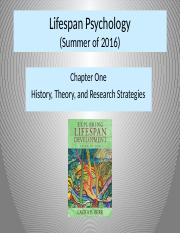 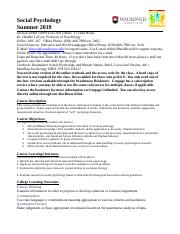 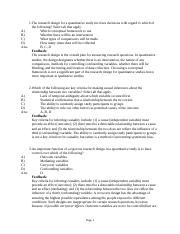 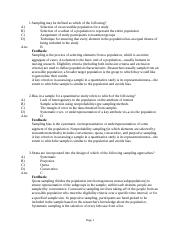 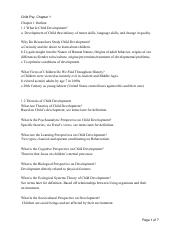