Confederate States of America - Declaration of the Immediate Causes Which Induce and Justify the Secession of South Carolina from the Federal Union Dec 24 th , 1860 The people of the State of South Carolina, in Convention assembled, on the 26th day of April, A.D., 1852, declared that the frequent violations of the Constitution of the United States , by the Federal Government, and its encroachments upon the reserved rights of the States, fully justified this State in then withdrawing from the Federal Union; but in deference to the opinions and wishes of the other slaveholding States, she forbore at that time to exercise this right. Since that time, these encroachments have continued to increase, and further forbearance ceases to be a virtue. And now the State of South Carolina having resumed her separate and equal place among nations, deems it due to herself, to the remaining United States of America, and to the nations of the world, that she should declare the immediate causes which have led to this act . In the year 1765, that portion of the British Empire embracing Great Britain, undertook to make laws for the government of that portion composed of the thirteen American Colonies. A struggle for the right of self-government ensued, which resulted, on the 4th of July, 1776, in a Declaration , by the Colonies, "that they are, and of right ought to be, FREE AND INDEPENDENT STATES; and that, as free and independent States, they have full power to levy war, conclude peace, contract alliances, establish commerce, and to do all other acts and things which independent States may of right do." They further solemnly declared that whenever any "form of government becomes destructive of the ends for which it was established, it is the right of the people to alter or abolish it, and to institute a new government." Deeming the Government of Great Britain to have become destructive of these ends, they declared that the Colonies "are absolved from all allegiance to the British Crown, and that all political connection between them and the State of Great Britain is, and ought to be, totally dissolved." Under this Confederation the war of the Revolution was carried on, and on the 3rd of September, 1783, the contest ended, and a definite Treaty was signed by Great Britain, in which she acknowledged the independence of the Colonies in the following terms: " ARTICLE 1 -- His Britannic Majesty acknowledges the said United States, viz: New Hampshire, Massachusetts Bay, Rhode Island and Providence Plantations, Connecticut, New York, New Jersey, Pennsylvania, Delaware, Maryland, Virginia, North Carolina, South Carolina and Georgia, to be FREE, SOVEREIGN AND INDEPENDENT STATES; that he treats with them as such; and for himself, his heirs and successors, relinquishes all claims to the government, propriety and territorial rights of the same and every part thereof."

Thus were established the two great principles asserted by the Colonies, namely: the right of a 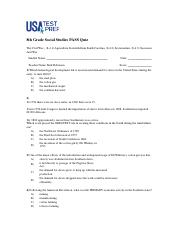 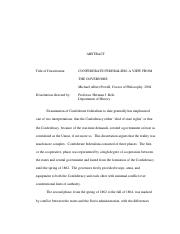 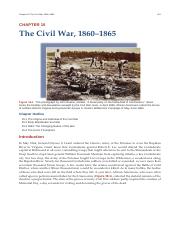 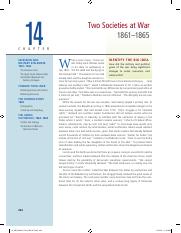 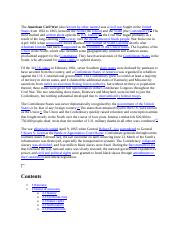 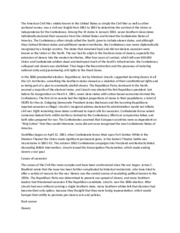