School as open system Brief review about school as open system: Depending on its relationship with the environment, systems are divided in two broad categories - open systems and closed systems.An open system interacts with its environment while a closed system does not. In practical world there are no systems that are absolutely closed. Systems that have relatively limited interaction wit its environment are, therefore, considered closed systems while those with substantial interaction are considered open systems.Schools are social systems in which two or more persons work together in a coordinated manner to attain common goals ( orlin, !""#$. %his de&nition is useful, for it speci&es several  important features of schools' ( $ they consist, ultimately, of people) (!$ they are goal-directed innature) (*$ they  attain their goals through some form of coordinated e+ort) and ( $ they interact with their  e ternal  environment. %he de&nition, however, does not elaborate on one important feature of schools deserving special attention' All schools are open systems, although the degree of interaction with their environment may vary.According to open-systems views, schools constantly interact with their environments. In fact, they need to structure themselves to deal with forces in the world around them (Scott, !"" $. In contrast, a closed-system  theory views schools as su/ciently independent to solve most of their problems through their internal forces, without taking into account forces in the e ternal environment. 0onsider a school closing or realignment  of school boundaries, for e ample. It a+ects the people in  the school and those outside it 1 in both the community it2s moving from and the one it2s moving to. Systems theory works on the inside and outside of the organi3ation, as a way of understanding and anticipating the conse4uences of any decision (Ahrweiler, !" $.A system can be de&ned as an interrelated set of  elements functioning as an operating unit (Senge, !""5$. As depicted in 6igure , an open system consists of &ve  basic elements (Scott, !"" $' inputs, a transformatio  n process, outputs, feedback, and the environmentS07889I :  Inputs: Systems such as schools use four kinds of inputs or resources from the environment' human resources, &nancial resources, physical resources, and information resources. 7uman resources include administrative and sta+ talent, labor, and the like. 6inancial resources are thecapital the school;school district uses to &nance both ongoing and long-term operations. <hysical resources include supplies, materials, facilities, and e4uipment. Information resources are knowledge,

curricula, data, and other kinds of information utili3ed by the school;school district. Transformation Process: %he school administrator2s =ob involves combining and coordinating these various resources to attain the school2s goals > learning for all. %he interaction between students and teachers is part of the transformation or learning process by which students become educated citi3ens capable of contributing to society. 7ow do school administrators accomplish this? @ork of some kind is done in the

Most Popular Documents for SOC 422 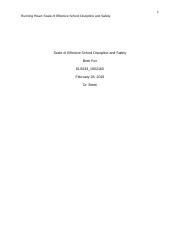 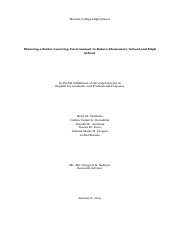 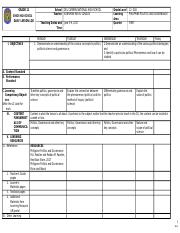 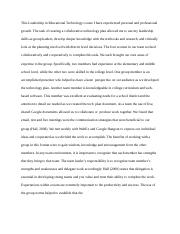 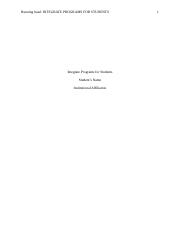 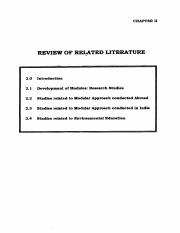