COMPETITIVE ANXIETY AND GOAL ORIENTATION IN CROATIAN ATHLETES Renata Barić 1 and Igor Čerenšek 2 1 Faculty of Kinesiology, University of Zagreb, Croatia; 2 Faculty of Philosophy, University of Zagreb, Croatia Abstract Current literature in the field of sport psychology suggests a relationship between goal orientation, pre- competition anxiety and other relevant factors such as self-confidence, gender, level of competition, type of sport etc. For that purpose we investigated these relationships expecting to find a positive relationship between ego goal orientation and pre-competition anxiety, and a negative relationship between task goal orientation and pre-competition anxiety. Our results did not confirm this hypothesis, but instead revealed that team sports especially for males may have a positive effect on self confidence in those athletes who are ego goal oriented and also experience less pre-competition anxiety. This is especially true for male athletes. Also, this study revealed us that Croatian athletes may have lower levels of somatic and cognitive anxiety than the American college athletes, but they also have lower self confidence levels, which is especially true for our female athletes. Key words: task, ego, anxiety, self-confidence, sport Introduction Contemporary professional and semi professional or even collegiate sports are excessively high in demand and they will insist on all sorts of physical and psychological adjustments from the athletes. Participating in athletic activities may carry many benefits including both emotional and physical health, adjustment and self confidence, however, if one has decided and has the objective chance in succeeding and becoming professional in ones sport by having good predispositions, it is merely not enough. One has to be both physically and mentally prepared for what is coming up in the preceding years of hard work and competition. Sometimes a hard year's work pays of only at the end of the season, in one match, game or race, and athlete has to be at his best, both physically and psychologically at that moment. That can put a lot of pressure on the athlete, because there is often a lot at stake, when one has been training all year long and now it all comes to this secluded moment in time. It is to be expected that some athletes, more than the others will in such occasions experience high levels of stress, nervousness, or as we may call it anxiety. Anxiety associated with performance or competition has been identified as key predictor of the quality and duration of one's experiences in athletics and other achievement domains, including music, academics, and business (Gould, Greenleaf, & Krane, 2002). Available research has taught us that athletes of all ages are frequently exposed to the stress of competition (Hackfort & Spielberger, 1989) so further exploration of this field may help athletes to control and researchers to better understand the true nature of this problem. Competitive anxiety can be defined as both trait and state anxiety. If we define is as state anxiety, then it is a "state 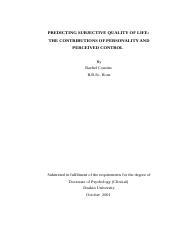 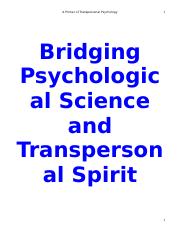 A Primer of Transpersonal Psychology.doc 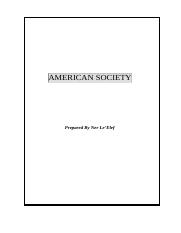 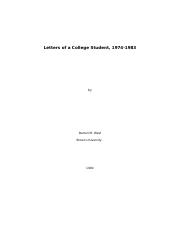 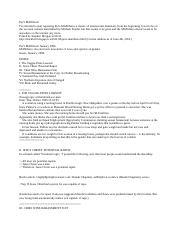