Hulett 1 Jessica Hulett Mrs. Wilson English III AP-2 19 November 2014 Marriage Culture in Question Pride and Prejudice In the novel Pride and Prejudice by Jane Austen, the reader follows the Bennet family through the toils of early nineteenth century England. The Bennet family consists of Mr. and Mrs. Bennet and their five daughters, Jane, Elizabeth, Mary, Lydia, and Kitty, though the book mainly focuses on the second oldest daughter, Elizabeth. The novel begins with the arrival of Mr. Bingley, a young wealthy man, who causes an excited uproar in the town. Along with Mr. Bingley comes his close friend, Mr. Darcy, though he is not perceived to be as friendly as Mr. Bingley. The first time these two friends meet the Bennet family, sparks ignite. Mr. Bingley soon becomes interested in the Bennet’s oldest daughter, Jane, and Mr. Darcy develops an immediate resentment towards Elizabeth, though those feelings soon change and develop into love. The oldest Bennet daughter, Jane, goes to visit Mr. Bingley and becomes ill, forcing her to stay at Mr. Bingley’s residence, Netherfield. Elizabeth goes to visit her, and upon returning home they find Mr. Collins, the man who is set to inherit the Bennet home, visiting their household. Not long after his arrival, Mr. Collins makes a marriage proposal to Elizabeth, which is quickly turned down. That winter, Mr. Bingley and Darcy leave Netherfield and return to London. The Bennet’s are further shocked that Mr. Collins has become engaged to Charlotte Lucas, Elizabeth’s friend. As the novel progresses, the marriage prospects for the Bennet girls seem bleak. That spring, Elizabeth visits Charlotte, who lives near Lady Catherine de Bourgh, who is Darcy’s aunt. Darcy runs into Elizabeth and one day, proposes to her, which Elizabeth quickly refuses. Darcy leaves her but soon delivers a letter to her, explaining himself and the reason that he had been so foul to Elizabeth. This letter makes Elizabeth reconsider her feelings towards Darcy. The Bennet’s soon learn of their daughter, Lydia’s, marriage to Mr. Wickham, and Elizabeth learns that Darcy had payed Wickham off to marry Lydia. Mr. Bingley and Darcy return to visit the Bennet’s, though Mr. Darcy shows no signs of what had occurred between him and Elizabeth last spring, while Mr. Bingley proposes to Jane. Later, Elizabeth and Mr. Darcy go for a walk, and Darcy

Hulett 2 confesses his love for her and proposes, which Elizabeth happily accepts, and both Jane and Elizabeth get married. Throughout the novel, the recurring theme of marriage culture presents itself again and again, first occurring in the beginning sentence of the novel. The idea of marriage culture in this society becomes extremely important to the book as the daughters all gain admirers and propositions for marriage. In the novel Pride and Prejudice by Jane Austen, information about marriage culture in early nineteenth century England is sometimes manipulated. 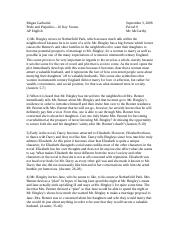 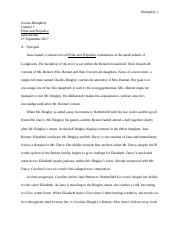 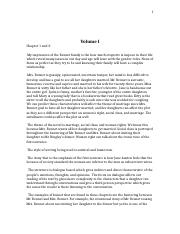 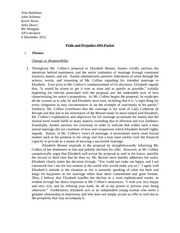 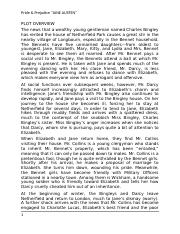 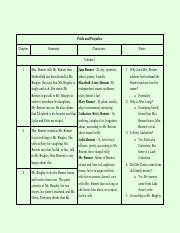