The US Civil Rights Movement I. Background/Review During Reconstruction they passed the 13th, 14th, and 15th amendments. Giving blacks freedom, citizenship, and voting. But once Reconstruction ends, whites will turn around and discriminate against blacks bc many of them didn’t believe it promised equality, so they’ll basically forget those amendments and blacks will be deemed second-class citizens, and the South will do anything to loophole their freedoms. II. Supreme Court and the Slaughterhouse Cases (1873) - Original intent - “Privileges & immunities” Prior to 1873, you’ll see the SC start to hand down a series of decisions that’ll overturn or weaken the 13th and 14th amendment. And bc the SC does not hold firm to the words of the amendments, it makes it easier for white folks to be racist. The public opinion and political pressure affected the SC judges decisions and hindsight, even though they were elected for life that shouldn’t affect the decision. They focused more on the original intent instead of the actual words of the law, and the reason these amendments were made for political purposes, not equality purposes. So once you do that, then you can start plucking at people’s rights. And the SHCs are going to narrow what the 14th and 15th amendments really mean, and they ruled that these three amendments were meant to promise federal privileges, not state privileges. The privileges and immunities clause did not create additional rights, it simply requires states to apply their laws equally to state residents and non-state residents. Also, the 14th amendment promises that slavery cannot come back and voting rights for Black men, that’s it. What these essentially created was the idea that you can treat whites and blacks differently (remember, this case had nothing to do with blacks, it was just a huge loophole that the whites found) as long as you treat every white person within that group the same and vice versa. III. Plessy vs. Ferguson (1896) By this time, the Southerners had fully enlisted Jim Crow Laws. Northern states on the whole didn’t have them, they had a different set of segregation. Just like black codes, every state had different laws, but they were essentially the same: the complete separation of the races. This is a test case, which is when you find someone to break the law in order to bring that law to court. Now Homer Plessy was ⅛ black, meaning one of his great grandparents was black, he was mainly a white dude. But any part black is too much black. So he purchases in a black cart, but he sits in a white cart, which results in his arrest for breaking the Jim Crows Laws. So with this, they’re claiming that these different train carts and such is breaking the 14th amendment, and they bring it to the court. And they Supremes voted seven to one, and they claimed that this was perfectly legal because they he still has the change to travel, just in a different cart. This is where

“separate but equal” comes along, and it becomes the South’s way of doing everything. 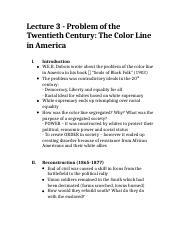 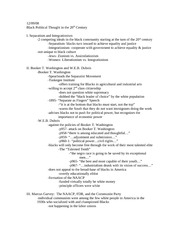 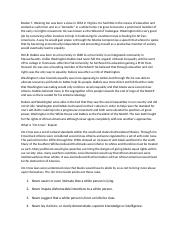 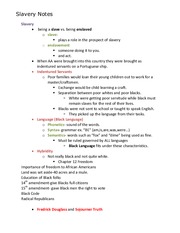 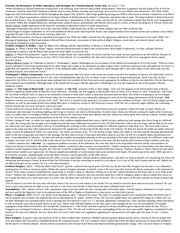 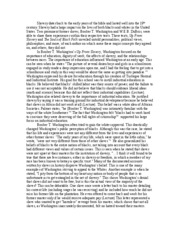