Emergence of the Americas in Global Affairs Notes Pt 1.docx...

Emergence of the Americas in Global Affairs I. Beginnings - Monroe Doctrine (1823) - Spheres of Influence Prior to the late 1800’s, expansionism meant coast to coast, not anything out of it. Starting in the latter 1800’s, that’ll change. The US prior to the 1800’s was always concerned with being contiguous, meaning that they’re connected, but later on that won’t be the case. In the early 1800’s the US just wasn’t even interested in foriegn diplomacy bc of what Washington said, bc 1) they just didn’t want to, they’re too concerned with ourselves, 2) we’re still a relatively new country, US has no power so it’d be dumb to get involved with other’s people buisness. In the prior 1800’s there was only the Monroe Doctrine appears, which says 1) the US is opposed or against any further Europe colonization in the Americas, 2) also, the US is against any further development of spheres of influence (which are when you have a type of control over an area without any actual control over it) in the Americas. And 3) in return, the US will promise to stay out of European conflicts and ordeals. And a lot of these countries in the Americas had been overthrowing their mother countries and America, going “wow we did that” and instantly recognize them. This pisses of Europe, and America doesn’t care. So when America made a doctrine Europe just goes “awe how cute,” and they don’t acknowledge it at all. And during this time the Monroe Doctrine isn’t going to use it, but eventually they will. Now we’re in the latter parts of the 1800’s, and the US has six reasons for why they decide to move out of the borders. First one is the end to the frontier, and since the beginning US has been onto the idea of going coast to coast, and now that they’ve done that, they’re becoming paranoid and thinking that we still need more bc what if we can’t feed everyone?? Or need more resources?? Second is industrial growth, which goes real hand and hand with the first one. The industrial revolution had started right before the Civil War, and looking at the US’s production rates compared to the Europe’s is gonna be trash. But during the Civil War, production will be high bc they needed stuff for the soldiers, and near the end of the Civil War we’re actually producing more than the big daddies in Europe: GB and Germany. And there are four reasons as to why and how they’re able to do this: 1) newly discovered resources and processes, they found more iron and oil, and they’re developing more processes that help production such as the railroad, Bessemer steel process, and 2) US had a population boom, and now that boom were now working age, and which such a pool, you got many to choose from to work with. Your Edisons and stuff are becoming working age. 3) US had hecka into tariffs, making sure that Americans buy American goods instead of others. And 4) the constant influx of immigrants helps production value bc hey! Cheap workers who can do low skill jobs! 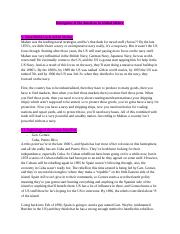 Emergence of the Americas in Global Affairs Notes Pt 2.docx 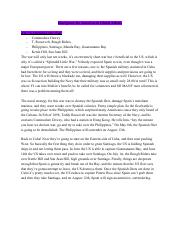 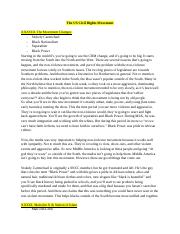 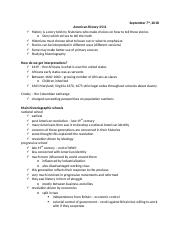 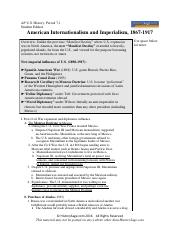 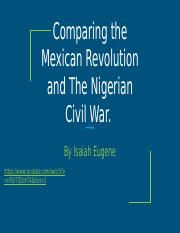 Comparing the Mexican Revolution and The Nigerian Civil War.