The Mexican Revolution XIV. Huerta vs. The US - Woodrow Wilson - Moral Diplomacy So US has a new president, and Wilson had the idea that America had the best morals of Jesus and democracy! But low and behold, when Wilson find out that Huerta isn’t the nicest of dudes he goes “Uh! The horror!” So he doesn’t recognize Huerta’s government, meaning no trades of business, but he does allow for an arms embargo to be lifted. For several years, the US had put an arms embargo meaning that they’re not gonna sell weapons to Mexico. So now its the summer of 1913, and Wilson will send a guy named John Lind to investigate what’s going down in Mexico. When he comes back, he recommends that Mexico needs to have elections pretty soon, and that Huerta does not to be on that ballot bc he’s such a poor leader. At that point, what the US is gonna do is gonna try and bribe Huerta--they technically offer a ‘loan’ to the Mexican government if they make elections and Huerta’s name isn’t on the ballot, when it’d go to Huerta and he says, “Ha! No.” They do have an election coming up, and like Diaz, Huerta makes a statement that yeah they’re ready for political parties, so like 26 political parties arrive. So he looks at this, goes uh oh, Huerta begins arresting people who would go against him or would make him lose the election. So when the election does come, and Huerta ‘wins’ Wilson just loses it! There’s no democracy! He realizes that he’s gonna have to use force to get rid of Huerta, but they don’t have much reason to go to Mexico. He goes to Carranza and tries to offer help, but Carranza is like, “This is a Mexican problem, are you Mexican? No, so eff off Wilson.” Carranza does allow America to sell arms, and Wilson does recognize Carranza as the leader of the constitutionalist party. Wilson continuously tries to wiggle his way there, and gets his chance with an incident in Tampico, a port city. It’s common that US Naval ships were there to restock, relax a bit, etc. Eight US navy soldiers decide to get off the boat and just chill in Tampico, which is not a peaceful city at the time with multiple skirmishes between the revolution and federal armies. Lo and behold, they come across some federal soldiers, who arrest them, and they’re so proud--only for their officials to scold them and go “Why would you do THAT??? Wilson wants to get involved!! Go take em back and apologize all the way there!” Which they do. Wilson hears this and goes “heck yeah” and has a few demands: 1) Huerta gives a written apology, 2) Those soldiers were to be arrested and punished, and 3) Run the American flag on a Mexican flag pole and give it the 21 gun salute, a super high honor in the US military. Now Huerta does the first two things, but refuses to do the last, and Wilson knew this. He needed a reason to get even more involved. So Wilson goes to April 20th 1914, ask Congress that he can send troops to Mexico, and the next day, he discovers that a Germany naval ship is selling arms to Huerta in Veracruz, which Wilson is going “Oh noooo that isn’t happening,” and a US naval 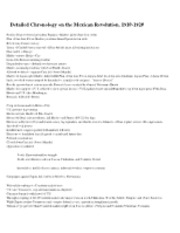 Detailed Chronology on the Mexican Revolution 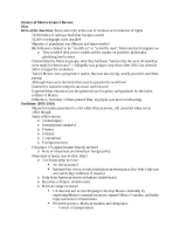 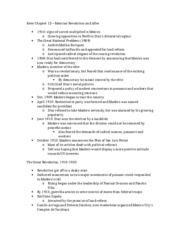 Chapter 12 2 Keen-The Mexican Revolution and After 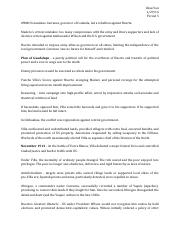 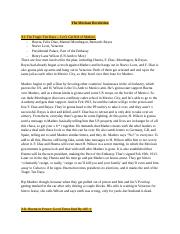 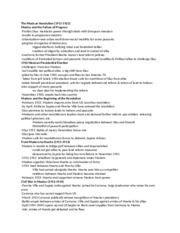