INVESTING MEDICAL ROBOTS IN SAKU COMPANY 2 Executive summary A research proposal for SAKU Company in Germany investing in medical robots. There is a need to determine whether the robots are going to increase the accuracy in attending to patients under critical conditions. Investing in robots has been a big challenge in the recent past, In this proposal, the introduction gives the background information of SAKU Company and the emergence of artificial robots. The external environment analysis using the PESTEL model is outlined. Besides, industry analysis using Porter's Five Forces of Analysis is done. The company and budget analysis is well formulated. For the proposal to achieve its target, a startup plan and funding plan are formulated. Finally, the proposal conclusion and recommendations are outlined.

INVESTING MEDICAL ROBOTS IN SAKU COMPANY 3 Introduction KUKA Company has undergone various transitions since it was founded in 1898 in Augsburg, Germany. In the beginning, the company produced with street and house lights before expanding to vehicle dealers in 1966, Europe. By 1073, a robot FAMULUS was created for industrial functioning. With the advance in time, the company split to the KUKA Schweißanlagen and KUKA Robotics Corporation (Hagele, 2016) . Investing robots in the medical area will be of an advantage to human life. Adopting medical robotics in KUKA Company will improve the healthcare sector in the economy of Germany and the globe at large. With the challenges in surgery, laboratory automation, and pharmaceuticals, robots will increase performance in these healthcare sectors. For instance, performing medical surgery requires high levels of accuracy;, therefore, the need for highly qualified surgeons which are not readily available (Gilbert, Rucker, & Webster III, 2016) . The surgery system will develop strategies for utilization that will involve support system, physical complications, treatment facilities, and automation components. With the medical Robo cycling, the developments of remote surgeries, telecommunication robots, telesurgery, hard-hitting, and recovery robot listening will be used for people with disabilities. Within the company, a medical robot market will be divided basing on regional analysis, production analysis, and application analysis. Further divisions will comprise orthopedics, laparoscopy, special education, and neurology. When analyzing the products, a medical robot system will be formed. The system will include a rehabilitation robot, non-violent radiosurgery robot, pharmacy, and hospital robots, and surgical robots, among other medical robots (Zhang et al., 2017) .

Most Popular Documents for BUSINESS 630 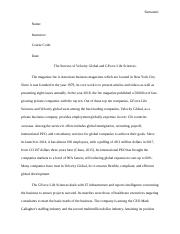 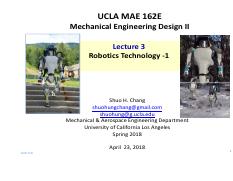 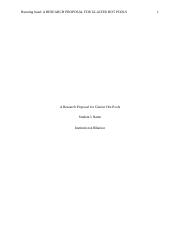 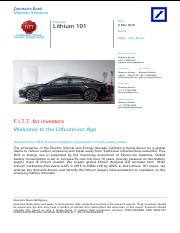 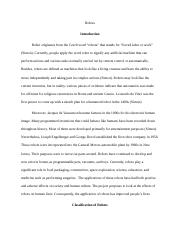