University of Florida
ECONOMICS
ECONOMICS 1
death-compass (4).pdf - Death and the Compass To Mandie Molina Vedia Of the many problems which exercised the daring perspicacity of Lonnrot none was so

death-compass (4).pdf - Death and the Compass To Mandie...

1 Death and the Compass To Mandie Molina Vedia Of the many problems which exercised the daring perspicacity of Lonnrot none was so strange - so harshly strange, we may say - as the staggered series of bloody acts which culminated at the villa of Triste-le-Roy, amid the boundless odor of the eucalypti. It is true that Erik Lonnrot did not succeed in preventing the last crime, but it is indisputable that he foresaw it. Nor did he, of course, guess the identity of Yarmolinsky's unfortunate assassin, but he did divine the secret morphology of the vicious series as well as the participation of Red Scharlach, whose alias, is Scharlach the Dandy. This criminal (as so many others) had sworn on his honor to kill Lonnrot, but the latter had never allowed himself to be intimidated. Lonnrot thought of himself as a pure thinker, an Auguste Dupin, but there was something of the adventurer in him, and even of the gamester. The first crime occurred at the Hotel du Nord - that high prism that dominates the estuary whose waters are the colors of the desert. To this tower (which most manifestly unites the hateful whiteness of a sanitorium, the numbered divisibility of a prison, and the general appearance of a bawdy house) on the third day of December came the delegate from Podolsk to the Third Talmudic Congress, Doctor Marcel Yarmolinsky, a man of gray beard and gray eyes. We shall never know whether the Hotel du Nord pleased him: he accepted it with the ancient resignation which had allowed him to endure three years of war in the Carpathians and three thousand years of oppression and pogroms. He was given a sleeping room on floor R, in front of the suite which the Tetrarch of Galilee occupied not without some splendor. Yarmolinsky supped, postponed until the following day an investigation of the unknown city, arranged upon a cupboard his many books and his few possessions, and before midnight turned off the light. (Thus declared the Tetrarch's chauffeur, who slept in an adjoining room.) On the fourth, at 11:03 A.M., there was a telephone call for him from the editor of the Yiddische Zeitung; Doctor Yarmolinsky did not reply; he was found in his room, his face already a little dark, and his body, almost nude, beneath a large anachronistic cape. He was lying not far from the door which gave onto the corridor; a deep stab wound had split open his breast. In the same room, a couple of hours later, in the midst of journalists, photographers, and police, Commissioner Treviranus and Lonnrot were discussing the problem with equanimity. "There's no need to look for a Chimera, or a cat with three legs," Treviranus was saying as he brandished an imperious cigar. "We all know that the Tetrarch of Galilee is the possessor of the finest sapphires in the world. Someone, intending to steal them, came in here by mistake. Yarmolinsky got up; the robber had to kill him.

Most Popular Documents for ECONOMICS 1 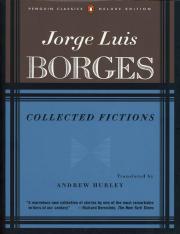 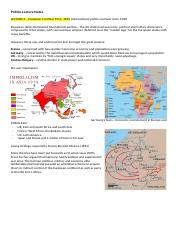 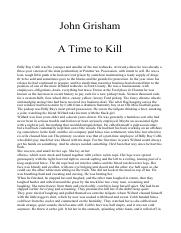 A time toKill by John Grisham 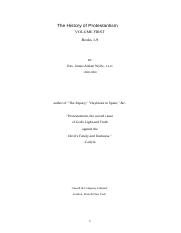 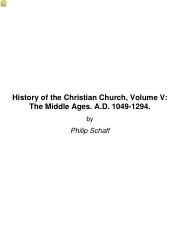