Silk Road • Was the route safe to navigate or dangerous? Francis The Safety of the Silk Road depended heavily on what part of the network you were travelling through. There many factors that compromised your safety on the Silk Road. There were countless amounts of rest stops, inns, and smaller towns that grew from the amount of people travelling on the silk road. There were also many larger states and kingdoms that lay on the paths of the Silk Road. While they often levied taxes on caravans passing by, some kingdoms that particularly valued trade often took in these merchants, and encouraged trade. Wealthy states/kingdoms often made roads and made them secure for merchants. On the other hand, kingdoms that were in a state of turmoil or warfare often was bad news for merchants, as they could be attacked by anyone, or even siezed by the government. Another factor were thieves, bandits, and caravan raiders, who posted as a threat for many merchants and merchant leaders since they were dangerous and could lose profit. Many large caravan groups hired guards or worked with other groups to protect from banditry. Some parts of the terrain in the Silk Road were hard to navigate, such as large amounts of desert area (the Gobi) where water reserves usually became a problem.They could obviously suffer from dehydration, and caravans with internal problems could be attacked by sandstorms or bandits. On the water, before monsoons were figured out and martime technology was fledgling, trading on water was both very risky and rewarding. They had to brave the storms and bad sea conditions, but with no need to pay tax (no attention to water) and close to no competition, successful voyages were often very fruitful. There was the chance you could catch a disease in the process of spreading, especially in you were staying at a rest stop or small trading market. Tl:dr - depending on how much planning and risk went into your merchant journey, it could be quite dangerous or generally safe, and if all the conditions are perfect, there were almost no problems • What goods were sold and traded and who did this benefit? Etienne A multitude of goods were exchanged along the Silk Roads. As the name entails, high-quality silk traveled west from producers in SE Asia to C Asia. Fine spices like cloves, ginger, and cinnamon came from SE Asia, while pepper and sesame oil came from India and parts of SW Asia. C Asia made strong horses and high-quality jade, which was used by the Chinese. The Roman Empire traded glassware, jewelry, wool/linen textiles, wine, etc.while Mediterranean merchants imported raw materials which they could then trade as expensive jewelry. Maritime commerce was exchanged along the silk roads as well, mostly long-distance. Spices had many uses in classical times, so they doubled as drugs and anesthetics for the sick, while also being

used as aromatics. Jewelry and decor was used by the wealthy and elites, and most other

Most Popular Documents for HISTORY 82857 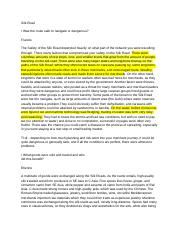 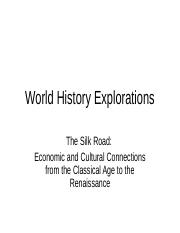 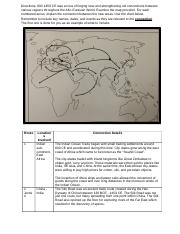 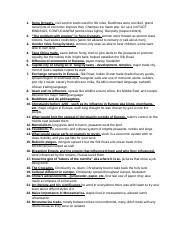 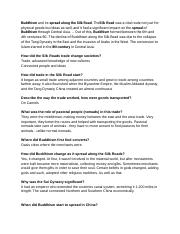 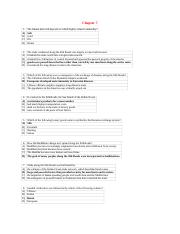