There's Only One Way For Humanity to Survive. Go To Mars.BY SIMON WORRALLPUBLISHED MARCH 3, 2018As a child in Palo Alto, California, he built an atom smasher in the garage. He later became one of the founders of string theory. Today, with his flowing mane of silver locks, Michio Kaku is one of the most recognizable faces of science, with several bestselling books and numerous television appearances, including on the Discovery Channel and the BBC.In his new book, The Future Of Humanity, he argues passionately that our future lies not on Earth, but in the stars.When National Geographiccaught up with him by phone at his office at City College, in New York City, he explained how billionaires like Elon Musk are transforming space travel; why laser porting may be the best way to reach other galaxies; and how one day there may be ballet dancers on Mars.Right at the beginning of the book, you make the shocking prediction: “Either we must leave the Earth or we will perish.” Are humanity’s prospects really that dire? And doesn’t this play into the nihilistic feeling that there is nothing we can do to save this planet?If you take a look at evolution on Earth, 99.9 percent of all life forms have gone extinct. When things change, either you adapt or die. That’s the law of Mother Nature. We face various hazards. First of all, we have self-inflicted problems like global warming, nuclear proliferation and bio-engineered germ warfare. Plus, Mother Nature has hurled at the Earth a number of extinction cycles. The dinosaurs, for example, didn’t have a space program. And that’s why the dinosaurs are not here today.On the other hand, we shouldn’t use this as an excuse to pollute the Earth, or let global warming run amok. We should cure these problems without having to leave for Mars or another planet, because it’s impossible to remove the entire population of Earth to Mars. We’re talking about an insurance policy—a backup plan in case something does happen to the Earth. I once talked to Carl Sagan about this, who said, “We live in the middle of a shooting gallery withthousandsofasteroids in our path that we haven’t even discovered yet. So, let’s be at least a two-planet species, as a backup plan.”One of the beautiful images you conjure is of ballet dancing on Mars. Explain why this may one day be less fanciful than it seems.We have the Olympics, where we have athletes that understand the laws of gravity on Earth, but once we’re on the moon and Mars, we have a totallydifferent set of physical constraints. Here, ice skaters can’t do anything more than a quad; four rotations in the air and that’s it! No one has ever done a quint. However, on Mars the gravity is only 30 percent of Earth, so one day we may have an Olympics on Mars where people could do four, five, six, seven rotations in the air, andballet, or acrobatics, and gymnastics. A whole new set of athletes could be formed because they are adapted to a new

Most Popular Documents for CHEM 121 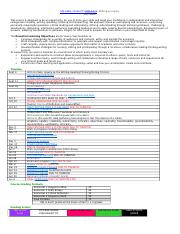 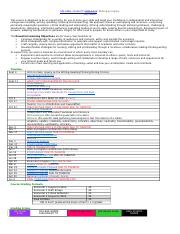 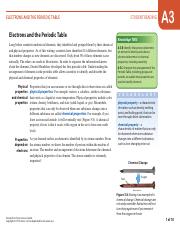 Reading A3 Electrons and energy levels.pdf 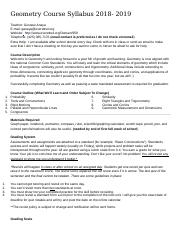 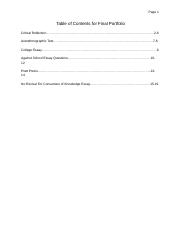 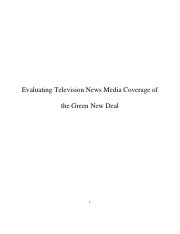