International Journal of Applied Information Systems (IJAIS) – ISSN : 2249-0868 Foundation of Computer Science FCS, New York, USA Volume 12 – No. 15, September 2018 – 29 Causes and Effects of Terrorism in India: An Overview Shivaji Khemnar, PhD Head, Department of Geography Agasti Arts, Commerce and D.R. Science College Akole, Maharashtra ABSTRACT The The roots of terrorism were found in the 1st century AD. In the world, various developed, developing and under developed region facing this problem. In India, in the year of 1980 a first terrorist incident was observed in NE part. From this period to still that various incidents, attacks and activities were happening in various parts of the country. The silence in the India gets disturbed from the last few decades because of terrorism activities from terror. According to the Home Ministry, terrorism in India poses a major hazard to the community of India. Terrorism found in India includes ethno- nationalist terrorism, religious terrorism, left wing terrorism and narco terrorism. The regions with long term terrorist activities have been Jammu and Kashmir, east-central and south-central India (Naxalism) and the Seven Sister States. In these regions observed various types of terrorist groups which operate the small and large scale activities. South Asian Terror Portal (SATP) has listed 180 terrorist groups that have operated within India over the last 20 years, many of them co- listed as transnational terror networks operating in or from neighboring South Asian countries such as Bangladesh, Nepal and Pakistan. The main aim of this article is to identify the terrorism in India with its nature, causes and effects from various types of past database. Changing in the terrorist approach and radicalism is somewhat solutions to control this massive problem in India. . Keywords Terrorism, India, Radicalism, Causes and Effects. 1. INTRODUCTION The roots of massive terrorism were found in the 1st century AD in the world. Since the independence in 1947, India has been facing the problem of insurgency and terrorism in different parts of the country. Variation in ideology, poverty, regional imbalance, strong worship about religious are some causes of increasing terrorism. Globalization, the military dominance of the United States, cultural differences, and terrorism as the chosen method of conflict were seen to underlie security practitioners’ interest in “asymmetric warfare” [1, 2] and academic interest in religious terrorism [3, 4]. Though the contemporary impact and the threat of religiously motivated terrorism is hard to deny, our approach is to look at the geography of religious terrorism to critically engage its “newness” [5, 6, 7,11]. India has faced exclusively terrorist movements in Punjab and Jammu and Kashmir, bordering Pakistan, and part insurgent-part terrorist movements in the northeast, bordering Myanmar and Bangladesh; in Bihar, bordering Nepal; and in certain interior states like Andhra Pradesh, Madhya Pradesh, Orissa and Maharashtra that do not have international borders. It means

Most Popular Documents for HUM 1021 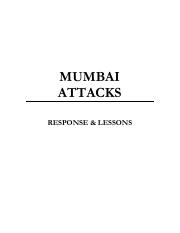 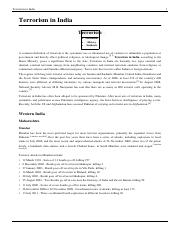 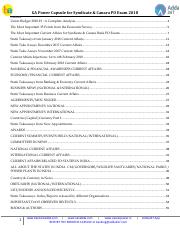 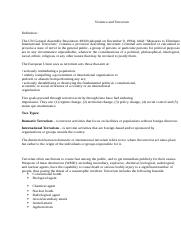 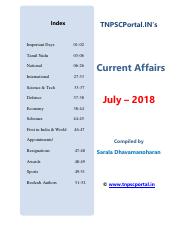