Katie Ellis 15/16/14 Pd. 7 Science Script Slide one: Introduction- From volcanoes to radioactive waste, through valleys and clouds, they are the organisms that weigh a collective 4 pounds in the human body, create the smell of rain and body odor, as well as make the decision of life or death for anyone in this room: bacteria! Slide Two: Abstract- Ever since humankind has started to question the habitats and other life forms besides mammals, sea creatures, and reptiles, bacteria has been the one micro-organism that seems to sneak into every little cranny and crevice of our world. According to a recent National Institutes of Health (NIH) estimate, 90% of cells in the human body are bacterial, fungal, or otherwise non-human; in which most bacteria within the human body has a beneficial role, but some can cause disease, deadly diseases. This experiment will be testing the growth of bacteria in key areas of the mouth and shoe to be part of this study. By placing a swab of each area into eight, agar covered, dishes and adding a nice touch of hand sanitizer, this test will simulate the way that humans today can catch killer diseases with or without hand sanitation. Through analyzing the amount of bacteria on each dish will determine the effects that either alcohol, water, or silica based hand sanitizers have on bacteria growth as well as its relative safety in preventing deadly diseases. Slide Three: Problem and essential question- The problem of this experiment is to determine and analyze the growth of bacteria swabbed from my mouth and the bottom of my flip-flop on May 9, 2014 and how it reacts to one of the three hands sanitizers: Purell, Babyganics, and Pre-fenz. Thus will describe which hand sanitizer choice is best and if the price of a product can dictate quality. The essential question is to create, conduct and communicate a scientific experiment. Slide Four: Goal- The goal of this experiment is to rule out which hand sanitizer does the best job of getting rid of possible germs/bacteria on your hands and to see if the price or base liquid affects the sanitation that the product should strive to provide. Will the alcohol, water, or silica be better? How does each one affect the bacteria? Does the bacteria really just go away? Slide Five: What is Bacteria- So what is this microorganism that seems to be impossible to outdo: Bacteria are prokaryotic, microorganisms, meaning they lack a nucleus and generally all other distinct membrane enclosed organelles. They live in three main forms, rods(bacillus), spheres(cocci), and spirals(spirillum). They reproduce through a process called binary fission, which is a period of brief growth following by a divide. That way, most bacteria can replicate extremely quickly, making some bacterial infections very difficult to treat. These creatures can feed off mostly anything, but agar (basically beef broth) has some nutrients that just can’t be resisted.

Most Popular Documents for BIOL 235 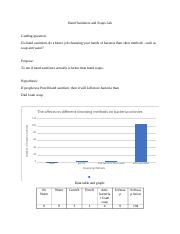 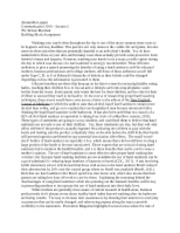 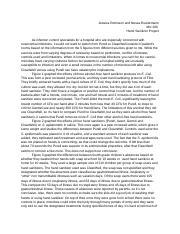 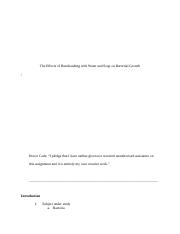 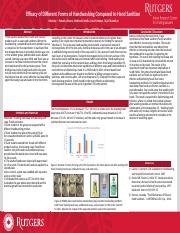 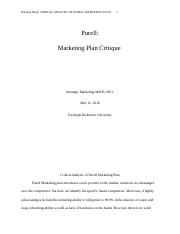