Lovely Professional University
MBA
MBA OB528
capstone aaaaaaa.docx - Organic food Market in Asia Natural is a prestigious name and is developing in all over asia and its areas In spite of the fact

Organic food Market in Asia Natural is a prestigious name and is developing in all over asia and its areas. In spite of the fact that development of the natural segment is fundamentally determined fare markets, nearby markets are supposedly taking off in huge numbers of the huge urban areas In creating nations, remembering for Kuala Lumpur, Manila, Bangkok, Beijing, Shanghai , Jakarta , Delhi , Bangalore and others. Japan , South Korea, Taiwan and Singapore keep on filling in as motors of development for the natural area here, be that as it may. With a lively territorial economy and a significant number of the greatest urban communities on the planet situated in Asia, more prominent area development can be normal for the prompt future (WAI, O. K. ,2010). The Asian market is reporting healthy growth because of increasing retail distribution and rising consumer awareness. Leading food retailers in the major cities are introducing organic products. Investment is also coming in from large food companies that are setting up organic food production and distribution businesses. For instance, the Singaporean company Yeo Hiap Seng has launched organic foods since it entered a strategic tie-up with Hain Celestial in summer 2005 ( WAI, O. K. , 2010). Shopper attention to natural nourishments is rising mostly as a result of the high frequency of wellbeing alarms lately. The panics, some including nourishments, are raising purchaser consciousness of medical problems and invigorating customer interest for natural items. Significant wellbeing alarms were Avian influenza and Serious Intense Respiratory Disorder (SARS) and those including nourishments included cola drinks (India, August 2006) and tofu (Indonesia, January 2006) (Willer, H., and Lernoud, J.,2017). Although organic food sales are rising, consumer demand remains subdued partly because of the low spending power of most Asian consumers. Organic food prices are exceptionally high in some Asian countries. In Japan, Taiwan and Singapore, some organic foods are priced 4-5 times as much as non-organic foods. Since most finished organic products come in from countries like Australia and the US, distribution costs and import tariffs inflate product prices ( Willer, H., & Lernoud, J. , 2017). The interest for natural nourishment in Asia has been developing at 15 to 20 percent consistently throughout the most recent decade (FiBL and IFOAM, 2009). This continued development can be viewed as amazing in an area where agribusiness needs to contend savagely for land and different assets with the modern and development divisions As indicated by FAO's gauge, ordered from EBIS information, natural nourishment deals speak to just 0.17 percent of the US$1 trillion nourishment retail deals in Asia and the Pacific in 2006 (Cadilhon, J., and Official, M.,2009).

Most Popular Documents for MBA 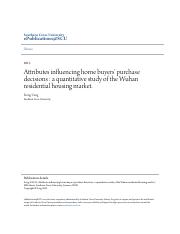 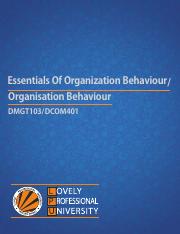 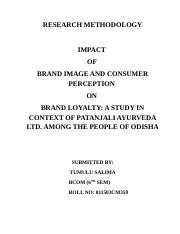 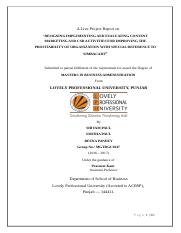 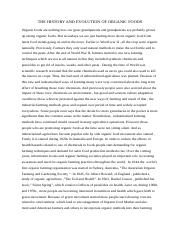 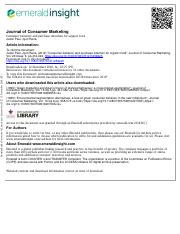