Scholarly Activities Journal Wk. 1 Practicum hours 10 As part of my scholarly activity, I attended a lecture at The Vines Hospital on Schizophrenia, presented by Daniel Weinberg, MD. Schizophrenia is a disease that refers to a group of disorders which are severe. These disorders are disabling. They are marked by delusions and hallucinations as well as behavioral, emotional and intellectual disturbances. There are five subtypes of schizophrenia, they are paranoid, disorganized, undifferentiated, residual and catatonic. I was surprised to find out that the prevalence of schizophrenia is higher than diabetes mellitus, multiple sclerosis or even Alzheimer’s disease. Schizophrenia affects both men and women equally, men in their late teens or early twenties and women from their mid-twenties to their early thirties. There are many factors linked to Schizophrenia, but the exact cause is unknown. Some factors are genetics, and the strongest evidence points to chromosomes 13 and 16. The exact way that this is transmitted through genes is not clearly understood. Biochemical factors such as dopamine, serotonin, epinephrine and norepinephrine are all involved. Hallucinations are linked to excessive dopamine activity, along with agitation and delusions, these are positive symptoms. High norepinephrine is also linked to positive symptoms of schizophrenia. Negative symptoms include anhedonia, apathy, poverty of speech and a blunted effect. Cognitive symptoms are thought disorders and bizarre behavior. I learned from this lecture that positive symptoms are associated with temporal lobe abnormalities and that negative symptoms are associated with frontal cortex and ventricular abnormalities. Dr. Weinberg also explained that there are other factors involved like structural brain abnormalities, faulty neuronal connections, head injury or epilepsy of the temporal lobe. One thing I was surprised to hear was that having the flu during the second trimester is also thought to be a cause. I also learned that there are three categories of symptoms, positive, negative and cognitive. I realized that I really needed this lecture, as there were many things about this disease I did not know, and for me this is a professional weakness. This information was useful to me as one of my professional goals is to obtain a post masters certificate as mental health nurse practitioner. I decided to do a little research on the subject so that I could better understand schizophrenia. What I found was that positive symptoms includes deviant symptoms. These are symptoms that are there but should not be, they are indicative that the person has lost touch with reality, (Taberangcora, Nurselabs.com, 2016). Positive symptoms, according to Taberangcora, include hallucinations and delusions. Negative symptoms include blunted affect, poverty of speech, apathy and anhedonia. Cognitive symptoms include bizarre behavior and thought disorder. There are three phases of schizophrenia, according to Taberangcora, these phases are the prodromal phase, which usually occurs within the year prior to hospitalization. This is when the patient 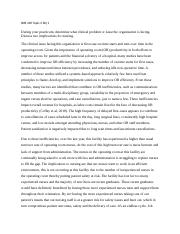 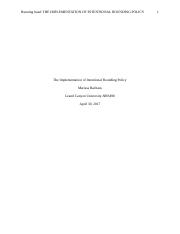 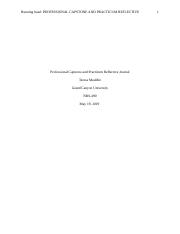 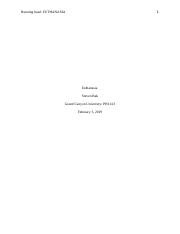 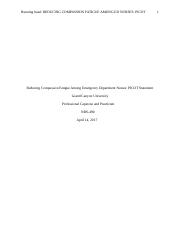 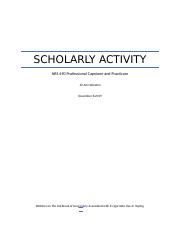