Study Guide Exam 3 Addictive behavior and addiction  Addictive behavior is any habit that’s out of control resulting in negative effects on health and/or your life.  Addictive behaviors can start out harmless. Influences include genetic, lifestyle, personal traits, social, and environmental. We must all be responsible for ourselves and not use excuses. Psychoactive Drug  A psychoactive drug alters feelings, mood, and perception. Drug dependence  Drug dependence is when a person uses a drug regularly which results in the person being mentally and/or physically attached to the drug and they experience withdrawal symptoms if they don’t. Risks associated with drug use  Risks with drug use vary from drug to drug but they often include addiction, aggression, irritability, damage to the body, loss of control, insomnia. Effects of drugs on the body  The physical effects from drugs include alterations in brain chemistry, neurotransmitters, temporary or permanent damage, and stimulate or inhibit.  The psychological effects include alterations in a person’s mental state.  The behavioral effects can include change in actions. Drug factors  Common methods to take drugs are ingestion, injection, inhalation, and absorption.  Pharmacological properties refer to effect on body chemistry and behavior.  Dose response function refers to the amount taken and the intensity from the drug.  Antagonist effects means opposite effects from what was intended.  Time action function means the time elapsed and the intensity of the effect. Drug metabolism  Drug metabolism is determined by sex, body size, physiological makeup, drug history, dosage, action of drug, and how it enters and leaves the body. Duration ranges for example cocaine lasts for about 5 minutes and LSD lasts for more than 12 hours.  The digestive organ is the liver.  Drugs are excreted from sweat, breast milk, breath, saliva, and urine and fecal. Six categories of commonly abused drugs Opioids Narcotics  Opioids narcotics are drugs such as opium, morphine, heroin, oxycontin, and methadone.  They are most commonly injected, digested, or inhaled.  The effects include relieved pain, drowsiness, and euphoria.  The risks are addiction, tolerance, vomit, and decreased coordination. 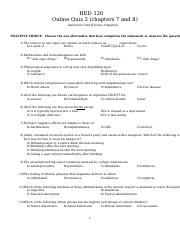 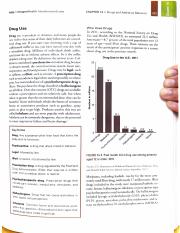 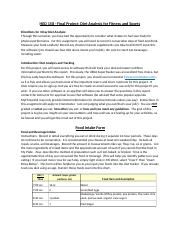 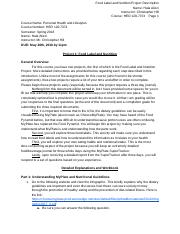 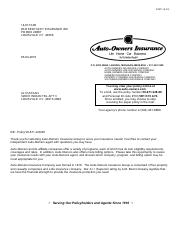