Introduction I. Economic fundamentals of the Dry Bulk sector The most important characteristics of the shipping industry, which will be analyzed, are the fast moving and volatile demand as well as the slow adjusting supply side of tonnage providing sea transport capacity. 1.1 Demand The main factors that affect demand are the following: the world economy, the seaborne trade, the average haul, the transport costs and random shocks (political events, incidents etc). The following analysis on the demand side will be primarily focused on the three main dry bulk commodities, namely iron ore, coal and grains, concerning the latest global trends. IRON ORE The main route for iron ore is the route from Brazil to China. However, the tragic event of the dam break at Vale’s iron ore mine in southeastern Brazil has been a key event in what was already a difficult start to the year for the freight market. As a result, iron ore prices have risen sharply and it is not clear yet, how long it will need for Vale to get back to the previous output levels. It is worth mentioning, that Vale produced 384,6 million tonnes (mt) of iron ore in 2018, and had been projecting to hit a record 400mt this year. Nevertheless, the loss of output from the mine closures, led the ore production to be cut by an annualized rate of 92,8mt. As mentioned before, China is the biggest iron ore importer, although China has its own domestic iron ore reserves. But still not as good quality as the one imported. Moreover, the cost for production is very high, so it is difficult to increase the production. There are also environmental restrictions that will restrict iron ore production in China, and it is worth mentioning that it is often easier to import iron ore from other countries than to transport it across China. Consequently, the demand for iron ore from Australia to China will be increased, the major’s competitors of Vale will benefit from this incident. However, because of the fact that the route from Australia to China is much shorter than the route from South America, this will probably decrease the demand for ships. Not to mention, that the competitor’s presumably will not be able to meet the demand temporarily, because of not having the additional capacity to transport the commodity. Nevertheless, after having Vale reported its expected losses from the before mentioned incident, then the Australian miners reported the impacts of Cyclone Veronica on their operations. As a result, Rio Tinto and BHP have both cut their expectations for shipments this year. More specifically, Rio Tinto’s facility has been damaged and the company estimated resultant shipment losses at 14mt. In a similar manner, concerning BHP, where reduction in production of 6-8mt is expected as a result of flooding limiting train movements. This is at least half of the growth in shipments that has been anticipated for the first half of the year basis the company’s previous

production forecast. It is worth mentioning, that recently we have witnessed long queues of ships waiting to load at all the main terminals, because of the ports closure for a number of days. At the 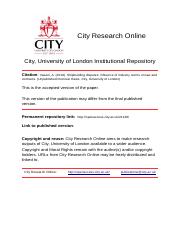 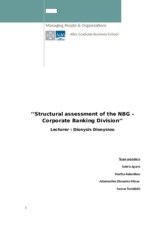 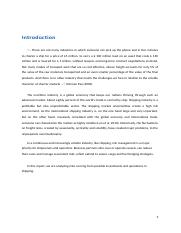 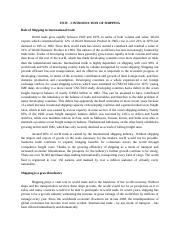 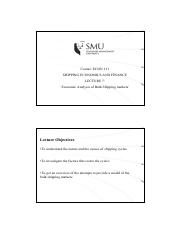 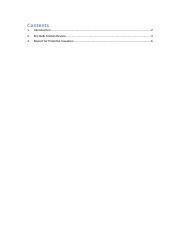