Differential (mechanical device) A differential is a device, usually but not necessarily employing gears, capable of transmitting torque and rotation through three shafts, almost always used in one of two ways: in one way, it receives one input and provides two outputs—this is found in most automobiles—and in the other way, it combines two inputs to create an output that is the sum, difference, or average, of the inputs. In automobiles and other wheeled vehicles, the differential allows each of the driving roadwheels to rotate at different speeds, while for most vehicles supplying equal torque to each of them. Purpose A vehicle's wheels rotate at different speeds, mainly when turning corners. The differential is designed to drive a pair of wheels with equal torque while allowing them to rotate at different speeds. In vehicles without a differential, such as karts , both driving wheels are forced to rotate at the same speed, usually on a common axle driven by a simple chain-drive mechanism. When cornering, the inner wheel needs to travel a shorter distance than the outer wheel, so with no differential, the result is the inner wheel spinning and/or the outer wheel dragging, and this results in difficult and unpredictable handling, damage to tires and roads, and strain on (or possible failure of) the entire drivetrain . Functional description The following description of a differential applies to a "traditional" rear-wheel-drive car or truck with an "open" or limited slip differential: Torque is supplied from the engine, via the transmission , to a drive shaft (British term: 'propeller shaft', commonly and informally abbreviated to 'prop-shaft'), which runs to the final drive unit that contains the differential. A spiral bevel pinion gear takes its drive from the end of the propeller shaft, and is encased within the housing of the final drive unit. This meshes with the large spiral bevel ring gear, known as the crown wheel . The crown wheel and pinion may mesh in hypoid orientation, not shown. The crown wheel gear is attached to the differential carrier or cage, which contains the 'sun' and 'planet' wheels or gears, which are a cluster of four opposed bevel gears in perpendicular plane, so each bevel gear meshes with two neighbours, and rotates counter to the third, that it faces and does not mesh with. The two sun wheel gears are aligned on the same axis as the crown wheel gear, and drive the axle half shafts connected to the vehicle's driven wheels . The other two planet gears are aligned on a perpendicular axis which changes orientation with the ring gear's rotation. In the two figures shown above, only one planet gear (green) is illustrated, however, most automotive applications contain two opposing planet gears. Other differential designs employ different numbers of planet gears, depending on durability requirements. As the differential carrier rotates, the changing axis orientation of the planet gears 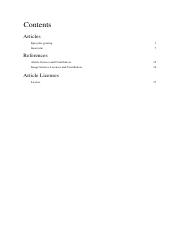 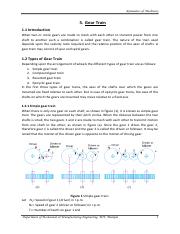 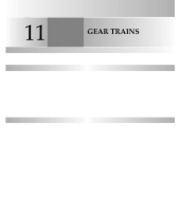