IJSE (2007) 29(11) 1347-1362 Nature of Science Education for Enhancing Scientific Literacy Jack Holbrook and Miia Rannikmae, University of Tartu, Estonia Introduction A common rationale given for studying science subjects in school is the achievement of scientific literacy (AAAS, 1989; Bybee, 1997; OECD, 2003, Brown, Reveles & Kelly, 2005; Shwartz, Ben-Zvi, and Hofstein, 2005 ), although there are different interpretations of its meaning (Jenkins, 1990; DeBoer, 2000; Laugksch, 2000; Tippens, Nichols & Bryan, 2000; Kolstø, 2001; Hodson, 2002; Fensham, 2004). This paper sets out to establish the nature of science education needed to prepare students for the kind of scientific literacy necessary for responsible citizenship. It proposes that abilities in a range of educational goals including socio-scientific decision making and scientific problem solving are more important for enhancing true scientific literacy (Shamos, 1995), or multi-dimensional scientific literacy (Bybee, 1997) than a thorough basic understanding of fundamental content knowledge (AAAS, 1993; NRC, 1996). A model is put forward for the nature of science education which is based on educational needs, as determined by the curriculum, and leads to an approach through which “education through science” is perceived as a more appropriate description of the teaching emphasis than science through education. Teaching based on this model is less about post positivism or constructivist approaches and more related to activity theory (Roth and Lee, 2004; van Allsvoort, 2004a; 2004b) where student needs and student motivation, and hence interest, form the major focus. The encompassing teaching framework is thus one of increasing the relevance of science education (Fensham, 2004) in the school situation from both an educational and societal perspective. This paper recognises that the ideas proposed are really applicable to secondary (beyond grade 6) more than primary education. It accepts that at the primary education level student interest in science is generally positive and, at that level, science, reflected as investigational science, can bring great enjoyment to students as they explore, in a concrete manner, many scientific ideas. As Osborne, Simon and Collins (2003) point out: 1

’a clear feature of science education research is the decline in attitudes towards science from age 11 onwards. This is documented by a number of studies which all show how children’s interest and attitude to science declines from the point of entry to secondary school. The evidence would suggest that children enter secondary school/junior high with a highly favourable attitude towards science and interest in science, both of which are eroded by their experience of school science, particularly for girls (Kahle and Lakes, 1983). Such findings need to be qualified by the rider that other research shows that attitudes to all subjects decline in general during adolescence (Eccles and Wigfield, 1992; Epstein and McPartland, 1976)’ It is with the need to further develop reasoning skills and to draw conclusions (Sadler 2004; Sadler and Zeidler, 2005), to guide students to develop argumentation skills (Driver, 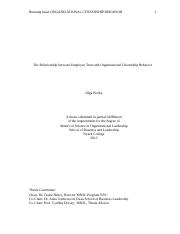 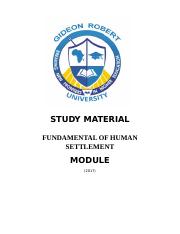 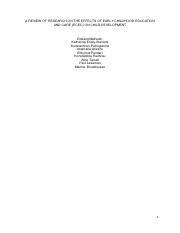 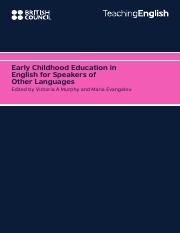 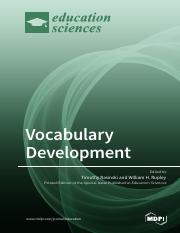 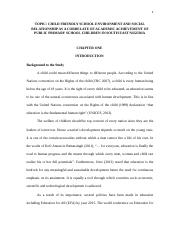