University of Colorado, Boulder
ECON
ECON 3145
Taste as A Social Sense.edited.docx - Running Head ANTHROPOLOGICAL REFLECTION ON THE INTERSECTION OF FOOD AND THE SENSES TASTE AS A SOCIAL SENSE 1

ANTHROPOLOGICAL REFLECTION ON THE INTERSECTION OF FOOD AND THE SENSES: TASTE AS A SOCIAL SENSE 2 Anthropological Reflection on The Intersection of Food and The Senses: Taste as A Social Sense The subject of the relationship between culture and food is complex yet interesting. The studies of anthropologists on different kinds of cooking and eating habits in different cultures across the globe have provoked the fundamental debates on how such habits can be associated with cultural practices. It is very interesting looking at the taste as something societal rather than individual, how flavors, smell, and taste can be gauged on the aspect of memory, desires, emotions, and aversion which significantly tells some one's identity. 1 In Ben Highmore (2008, p.388) works, when referring to Miller's thoughts on senses, he puts out that senses are shaped by an individual’s beliefs which in essence, are rooted in the culture where one comes from. In his thoughts therefore, individuals won’t appreciate odors however much appealing they are, if they are not experienced on the kind of odors they are being exposed to. This paper, therefore, holds a view that cultures manipulate people's tastes and shape their perceptions about food, and in turn form and describe their identities in the cultural environment, in this case the western countries' culture. As people's tastes and perceptions are intrinsic, the aspect of memory is inseparable. The basic understanding of the social memory as it been brought forth by David Sutton is significant in not only relating the cultural aspects to taste but also in appreciating the roles of such social memories informing and describing identities of western people 2 (Sutton, 2008,p.161), in the description of his experience about the Easter ovens among the Kalymnians people, it is interesting how their perceptions are shaped by their beliefs on the use of ovens in cooking Easter food, how strongly their taste is influenced by such practices which it has become part and parcel of their living even in the modern world. Sutton refers to this as "prospective memory" to explain the sense with which people have a profound plan on remembering meals and how their taste would be. This is a culture that entirely describes the Kalymnians 1 Highmore, Ben. "Alimentary Agents: Food, Cultural Theory, and Multiculturalism." Journal of Intercultural Studies 29, no. 4 (November 2008): 381–98. 2 Sutton, David. “A Tale of Easter Ovens: Food and Collective Memory. Social Research Vol. 75, No. 1, (2008): 157-180.

ANTHROPOLOGICAL REFLECTION ON THE INTERSECTION OF FOOD AND THE SENSES: TASTE AS A SOCIAL SENSE 3 people and distinguishes them from the rest of Greece people. In the modern era, it is interesting how

Most Popular Documents for ECON 3145 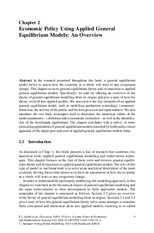 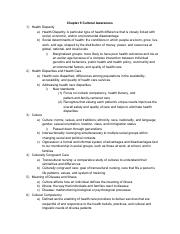 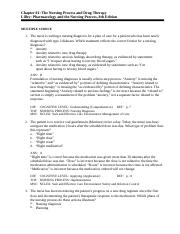 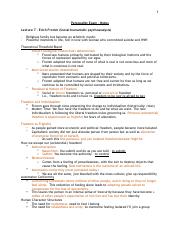 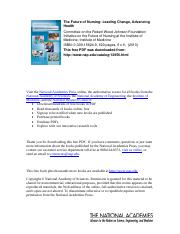